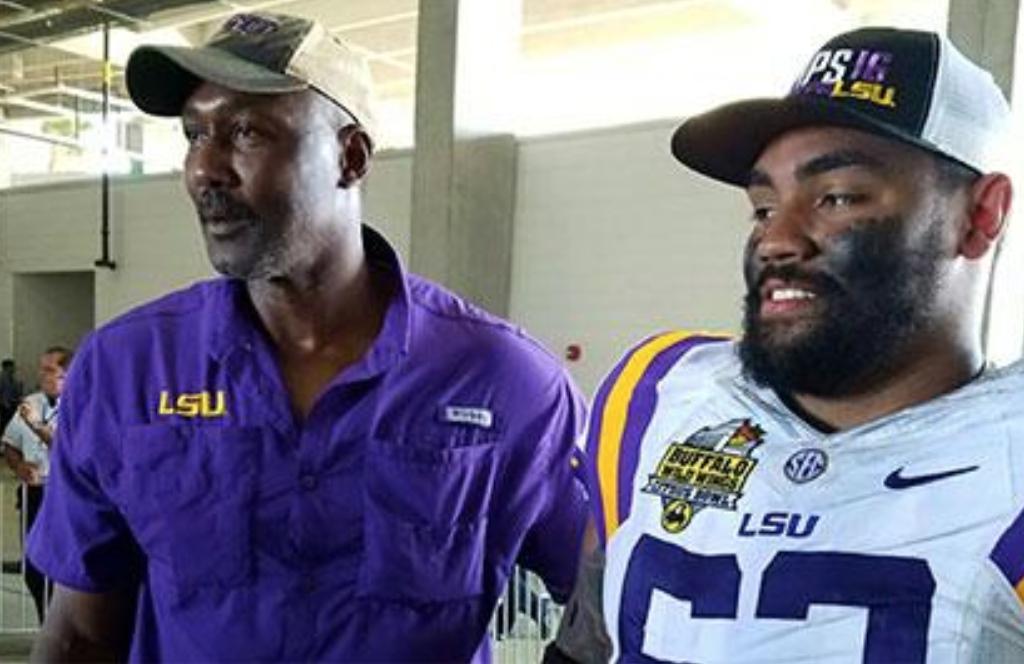 The Houston Texans have taken a flyer on the son of a former professional athlete.

It was reported by Aaron Wilson of the Houston Chronicle on Monday that the team signed undrafted tackle K.J. Malone, son of Jazz legend Karl Malone.

Malone played at LSU from 2013-17, and appeared in 24 games for the team. The interesting thing is that he nearly skipped his senior season to pursue a career in law enforcement. Now, it appears he’s hoping to play in the NFL instead.

One thing’s for sure: Karl is ready to embrace the new opportunity for his son, judging by this photo of him wearing a Texans draft hat.

It never hurts to bring in players for additional depth on the offensive line, and the Texans could certainly use it.