How Eric Bledsoe’s arrival boosts Bucks chances in the East 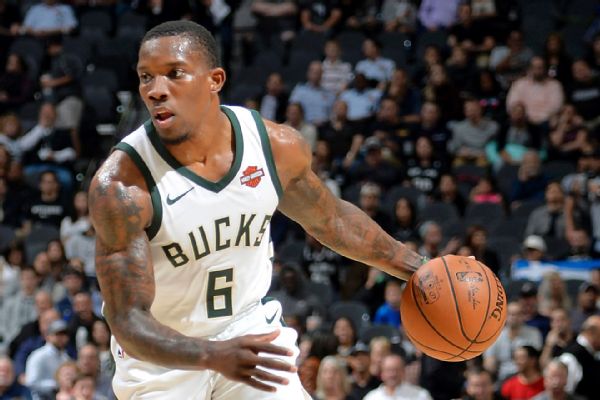 This past weekend, star point guard Eric Bledsoe made his debut for the Milwaukee Bucks after being traded from Phoenix last Tuesday. This comes after not playing a game since an Oct. 21 match-up against the Clippers. The Phoenix Suns lost to the Clippers by 42 points, the team’s second 40-point loss in three games.

The team had been rebuilding for quite some time now, and it became very clear that Bledsoe no longer wanted to be part of that rebuilding process. The team fired head coach Earl Watson after the loss to the Clippers, but the team’s issues definitely ran deeper than coaching.

When you are as bad as the Phoenix Suns have been, everyone in the organization adopts a culture of complacency. Usually, players of Bledsoe’s caliber get fed up with these kinds of situations. On Oct 22., the day after the team’s third straight loss, Bledsoe tweeted “I Dont wanna be here”.

Although he claims that this tweet was not about the Suns organization, one could probably go out on a limb and assume that after a 0-3 start and two 40-point losses, the team’s lack of success may have had something to do with this statement.

Suns general manager Ryan McDonough definitely did not buy any alternate explanations that he had for the tweet. Bledsoe was sent home by the team, and trade talks began. There were several reports that suggest that Bledsoe may have requested a trade prior to the start of the season, so a falling out was bound to occur eventually.

There were a lot of teams involved in trade talks for the star guard, but most teams were not willing to give up very much. On Nov. 7, the Milwaukee Bucks traded center/forward Greg Monroe and a 2018 first round pick in exchange for Bledsoe.

Monroe had been on the trading block for a while, and this was probably the best deal available. It does not seem like much of a win for Phoenix. Outside of acquiring a third first-round pick, they lost their starting point guard in exchange for a player who will be a free agent next summer and probably will not fit into their style of play much at all either. However, the Milwaukee Bucks just went from a low playoff seed to a legitimate contender in the Eastern Conference. Bledsoe will fit perfectly into what Jason Kidd wants to do with this team.

What are exactly are the Bucks getting from Bledsoe? Last season he averaged 21 points, six assists, and five rebounds in 66 games before being shut down due to “knee soreness”. The 6-foot-1 Kentucky product is arguably one of the most explosive point guards in the league behind John Wall and Russell Westbrook. He gets to the rim with ease while creating shots for himself and others. Most importantly, he is an aggressive defender who constantly creates turnovers that turn into transition opportunities, the exact identity head coach Jason Kidd wants his young team to adopt.

The Bucks won both of their games this weekend against the Spurs and Lakers. Bledsoe’s impact has immediately been felt. He is only averaging 12 points and a little over four assists for those two games. But once he fully adjusts to this new setting, other teams in the East should be very afraid of what Milwaukee can do.

Upon his arrival, Bledsoe expressed that he felt like his role was to make life easier for all-star forward Giannis Antetokounmpo. Antetokounmpo has been putting up MVP caliber numbers so far this season. He is currently leading the league in scoring at 31.7 points per game. In addition, he averages 10 rebounds, almost five assists, and two blocks.

It is safe to say that the “Greek Freak” has had to do everything for this Bucks team the last two seasons. Adding another ball handler and secondary scoring option in Bledsoe will certainly assuage some of Antetokounmpo’s workload. From the two games, I watched this weekend, these two play very well together. Bledsoe pushes the pace a lot, which creates easier shots for Antetokounmpo. Bledsoe also plays well off the ball; this allows Antetokounmpo to still initiate the offense and be a creator.

It is always good to see an NBA player get out of toxic “situationship” with an organization. Although one could argue that Bledsoe’s method to getting himself out of Phoenix was questionable, it was clearly the best move for both sides.

More importantly, it’s good to see an all-star quality player getting a chance to play basketball comfortably again. Things are a little strange in the East right now with the Pistons and the Magic at the top of the conference. But once May rolls around, I believe the Milwaukee Bucks will be the third seed in the east behind Cleveland and Boston.

The Bucks have a young star who very well could be this year’s MVP in Antetokounmpo. They also have a lot of solid defensive role players and knock down shooters. Not to mention, Jabari Parker could possibly return around the All-Star break.

Adding Eric Bledsoe to this mix solidifies the Bucks roster and helps them establish an identity. It will be very exciting to see what he and Antetokounmpo can do on the court together, and just how far this Milwaukee Bucks team can go.