How the San Diego Padres Just Got Smarter 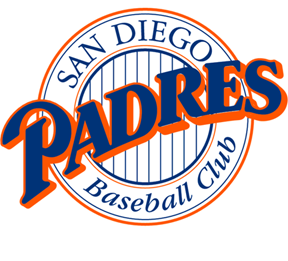 This is a time when really smart and progressive Major League Baseball organizations are engaged in an ongoing, competitive three-dimensional chess game to find new ways to become even smarter and even more progressive.

Cameron, 38, will join the Padres front office as the team’s senior analyst in their research and development department. And with that, the San Diego Padres add a dynamic new dimension to their knowledge base and to their decision-making process.

Dave Cameron joins an increasingly long line of baseball analytics writers and academicians hired in the past 15 years by various Major League teams. That trend famously began when the Boston Red Sox hired sabermetrics godfather Bill James, who became their Senior Advisor on Baseball Operations in 2003.

The Padres are in the midst of a challenging rebuild, with General Manager A. J. Preller and Manager Andy Green bringing a creative new culture and high expectations to a formally moribund organization.

But it’s obvious that the goal for the current front office and ownership group is not to simply “win” a season here or there, but to create an ongoing sustainable level of excellence throughout the organization.

So exactly when will the San Diego Padres “break out”?

The Padres have one of the top five farm systems in Major League Baseball (per Baseball America, Baseball Prospectus, and ESPN’s Keith Law), including seven players in MLB’s top 100 prospects. With a number of wildly talented young pitchers and hitters about to fully emerge on the scene, many expect the Pads to storm the National League sometime around April 2019.

We know that rebuilds are never easy, and no doubt the Padres will have their ups and downs. While we watch how it all develops, this is a unique platform that certainly gives Dave Cameron plenty of time to add his expertise and creativity to a baseball front office that was already at the cutting edge.