How to Bet on UFC 274: Charles Oliveira vs Justin Gaethje in OH | Ohio Sports Betting Guide 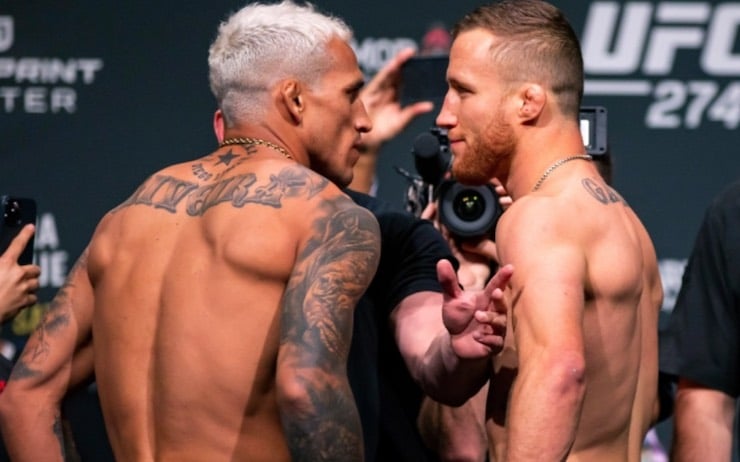 In Ohio, sports betting is legal but sportsbooks in the Buckeye State have yet to accept their first legal bets. While residents wait for further action, they can still bet on UFC 274 this weekend with the best UFC betting sites.

UFC 274 is live from the Footprint Center in Phoenix, Arizona on Saturday night as Charles Oliveira gets set to take on Justin Gaethje in an action-packed main event.

To learn how to bet on UFC 274 in Ohio and claim free UFC bets, read on below.

While further action is required on the Ohio sports betting market, MMA fans can still bet on UFC 274 at the top online sportsbooks.

For a guide on how to bet on UFC 274 in Ohio, check out the instructions below.

With Oliveira and Gaethje heading into the octagon, the top Ohio sportsbooks are giving away free bets this weekend for the fight.

UFC 274: Oliveira vs Gaethje | How to Watch the UFC Fights Tonight

The Brazilian fighter has defended his belt once against Dustin Poirer via submission. Oliveira is on a 10-fight win streak and looks to successfully defend his title again on Saturday night.

Gaethje has had an impressive career, winning all his fights but one to Khabib Nurmagomedov for the lightweight title in 2020. While he’s coming off an impressive fight against Chandler at UFC 268, he finds himself in the underdog position at UFC 274.

For a breakdown of the UFC 274 Odds for Oliveira vs Gaethje from BetOnline, scroll down below.

Early money has been pouring on Gaethje who opened at +175 odds and has +115 odds leading up to the fight.

Check out the best UFC betting odds for Oliveira vs Gaethje from BetOnline, one of the top Ohio sports betting sites.

The top Ohio sports betting sites have the total rounds set for Oliveira vs Gaethje at 1.5 rounds favoring the over at -185 odds, suggesting this fight could go to decision. The under is valued at +155 odds.

Check out the UFC 274 odds below from BetOnline.

Below, we’ll break down the UFC 274 fight card for the fights tonight.

Oliveira is on a 10-fight win streak heading into Saturday night. The Brazilian fighter is a more technical and diverse striker. On his feet, Oliveria lands 3.44 strikes per minute while absorbing 3.13. His game is on the ground as he averages 2.5 takedowns per 15 minutes and has a takedown accuracy of 41 percent. Oliveira also averages 2.8 submissions per 15 minutes. In his last four bouts, he had four takedowns and eight submission attempts.

Gaethje will be a tough opponent to take down with a takedown defense of 73 percent. He was an All-American Division 1 wrestler but is known more as a brawler, punishing his last few opponents. Gaethje lands 7.5 significant strikes per 15 minutes and a strike accuracy of 60 percent. 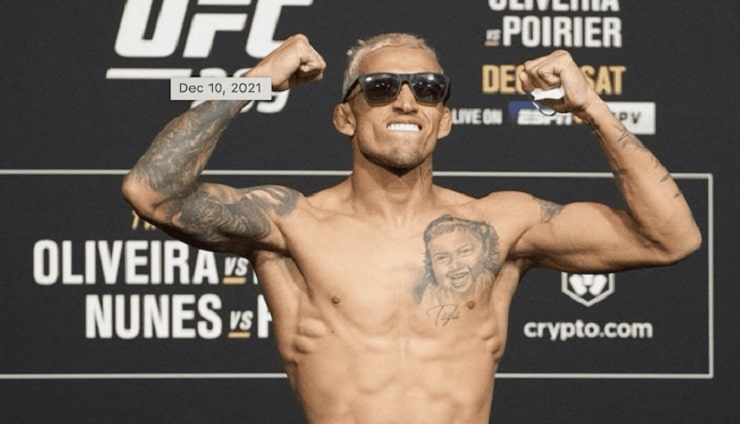 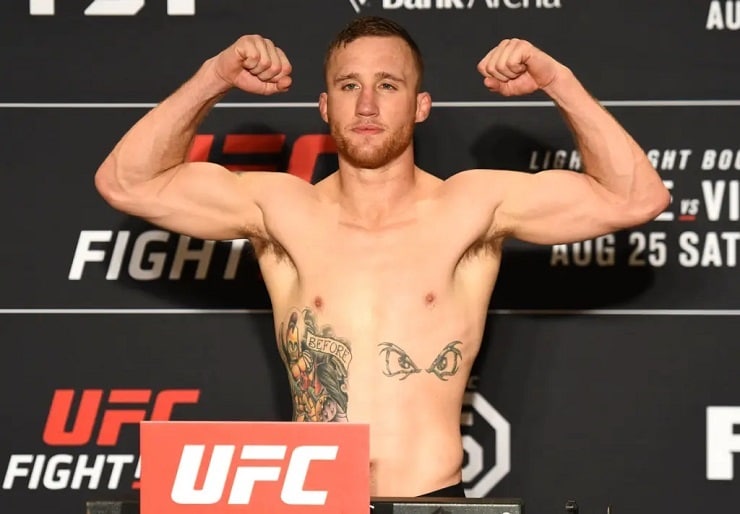 The Best Ohio UFC Betting Sites for Oliveria vs Gaethje

MMA fans don’t have to look far for the best Ohio sports betting offers for UFC 274. The top Ohio sportsbooks handing out free bet and UFC betting offers, MMA fans can bet on Oliveira vs Gaethje for free.

With two titles on the line tonight, the top online sportsbooks are also offering a free-to-enter UFC 274 predictor contest. MMA fans can play for free for a chance at $10,000 in cash prizes. It’s never been easier for Ohio residents to win big betting on UFC.

Scroll down below to learn more about the best Ohio sports betting sites and the UFC 274 betting offers available for the fight this weekend.

UFC 274 will be live from Footprint Center this weekend and MMA fans can get in on the betting action at the top Ohio sports betting sites like BetOnline. One of the best Ohio online gambling sites, BetOnline offers $1,000 in free UFC betting offers and three free bets for UFC 274. MMA fans can also enter a free-to-play UFC 274 predictor contest for $10,000 in cash prizes.

Click the button below to get $1,000 in bonus cash and three free UFC 274 bets at BetOnline.


Get Free UFC Bets at BetOnline

One of the oldest Ohio sports betting apps, BetUS has the biggest UFC betting offer for Oliveira vs Gaethje. New members can receive up to $2,500 in free UFC bets for tonight’s fight. Not only can players cash in free bets but BetUS offers some of the most competitive UFC betting odds in Ohio. With a boosted bankroll and the best UFC odds, it’s hard not to be a winner at BetUS.

Thanks to MyBookie, betting on UFC 274 online has never been easier. MyBookie is offering $1,000 in free bets for UFC 274. MyBookie offers reduced juice on UFC betting lines, letting Ohio residents have access to the best UFC 274 odds.

Cash in on the MyBookie UFC betting offer by clicking the button below.

If the fight goes the distance, Oliveira has more avenues to win. He is coming in with a 10-fight win streak and has already successfully defended his title.

But the upper hand goes to Oliveira, he has a high-variety pressure style which forces fighters to guess what he’s doing. However, Gaethje shouldn’t be phased. As we saw against Tony Ferguson, Gaethje destroyed him with a few counter shots over and over again.

If Oliveira is able to get Gaethje, his submission game is on a completely different level.

Take Oliveira to win by submission at UFC 274.

Bet on the UFC 274 at BetOnline
Topics
Betting Guides 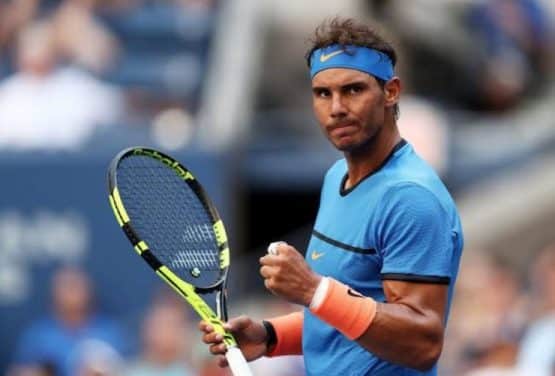 How to Bet on French Open 2022 | Connecticut Sports Betting Sites 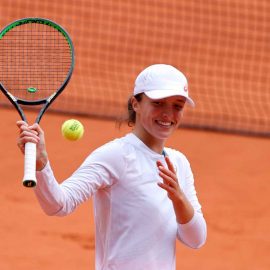 How to Bet on French Open 2022 | Massachusetts Sports Betting Sites 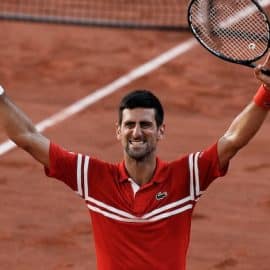 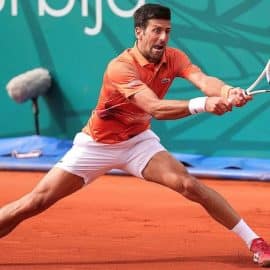 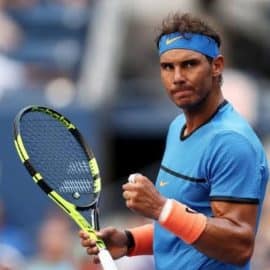 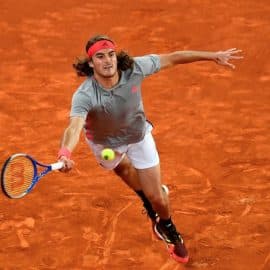 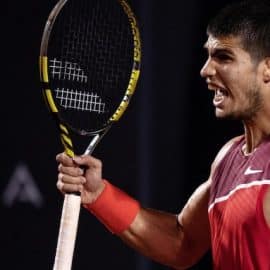