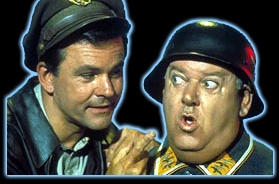 That’s right, nothing. I never played organized football past my sophomore year in high school. I’ve never coached football, at any level. I’m not there on a daily basis with this team. I don’t break down film, I don’t help the offense or defense game-plan on a weekly basis. I don’t know these players, except for their last name on the back of their jersey and some sound bites to the media. I have no idea what the players and coaches are really thinking, and except for a random “insider” tidbit here and there, I have NO IDEA what’s going on behind the locker-room doors and in the coaches offices. Repeat – NO IDEA.

That said, I’m not a complete moron. I feel like I understand the game, somewhat, and have a general understanding, after playing a little and watching a lot of football my whole life, to have a basic idea of what is good and what isn’t, of what an offense and defense might try to do on a weekly basis, how a team might try to exploit a known weakness, etc. And, even the most fringe fan can see that there are problems at the most important position on the field.

There must be reasons that Joe Football Fan like me will never know as to why Alex Brink will continue to start. To be ok as a coaching staff with these collapses due to a failure of the QB to execute when the pressure is on, to continually defend this kid when even my wife can watch the second half and say “why is he even playing?”, that says a lot to what is going on. Have they decided to accept his success and failure this year, no matter what, with the idea he’ll lead us to a bowl game in 2006? Do they care about this year, or are they of the mindset that we’re young and playing underclassmen all over the field, and this is their learning experience? Well, LAST YEAR I WAS OK with that approach, but not this year! After our recent success, sure, a 5-6 season is acceptable as long as it happens during a “transition” season, and young players are on the field learning those valuable lessons of how to close out a game.

That said, we are really in a weird position. Suddenly our losses don’t look at that horrible. The second-half collapse vs. the Beavs is bad, but we were up 31-13 on that team, that same Beav team that is now 4-2 after winning at Cal. The Stanford loss looked bad, but now they just went down and won at Arizona, which is never easy to do and Stanford has won 2 road games in the Pac-10 already. That’s saying a LOT. UCLA is a top-10, undefeated team, albeit a little overrated, probably, but losing in OT is no shame. To hear Doba talk, the team is both fired up and pissed off about the loss, and they are keeping their spirits up big-time. That could be huge for the rest of the season.

Don’t many experts say that only through adversity do we grow, as human beings? There is an old belief that some monks actually pray before a long journey that they will actually experience adversity, so they can grow and learn from it! It’s easy to sit back and relax when everything is going your way, but in your life, you have dealt at some point with a serious setback or two. It’s how you learned from that setback and dealt with it is what helps define who you are today. Let’s just cross our fingers that this ISN’T the 2004 team that never learned a thing after collapsing vs. Oregon last year. Let’s hope they will grow from the last three weeks, and will be a stronger, better unit from top to bottom over the finishing kick of the ’05 season!

By the way, the bowl game possibilities just got a lot harder. By viture of a tiebreaker situation that bowl committees will use this year, EVEN if we get to 6-5, a bowl game isn’t a slam-dunk. Losing to two teams already, OSU and Stanford, that will probably be in the lower tier of bowl-eligible teams by the end of the year, REALLY hurts. Think about this:

On the outside:
WSU
Arizona
UW

Not only do we have to finish 6-5, but we’re going to have to hope to pass a Stanford or OSU, two teams that will win any tiebreaker scenario possible.

Let’s just turn this thing around and get a W this week?

By the way, Michael, Reardon’s Reddest will be at the Cal game this week. You guys might want to try and meet up???

On the bright side, there WAS some very positive recruiting news from the game. While we didn’t get any official commits, we did get some great feedback. Check it out, via the premium board:

Does not sound like there were any verbals this weekend. Marcus Richmond said his visit rated a 10 on a scale of 1 to 10, and that the trip certainly solidified his verbal. Richmond talked in terms of “we” when speaking about Washington State. Said he was surprised at how loud the stadium was, said it was louder at WSU than it was at ASU when he took in a game earlier there this year. He said the food was great, and had a “big ‘ol burger, it was like the size of a frisbee.” He loved the way the offensive line performed. Said Harrison’s performance was “spectacular”, and that he looks forward to trying to fill his shoes at WSU. Habben called the visit “awesome” and said he had a really great time with his host, Kenny Alfred. He needs to have something to compare it to, since this was his first official visit. He said the fan atmosphere was fantastic, and he couldn’t have picked a better weekend to go with regards to that. That was one of the things he talked most about going into the visit. His parents drove over there and he said they had a great time and really liked all the WSU coaches. But expect his recruitment to go on for a while, with the earliest he might make a decision probably sometime in December.