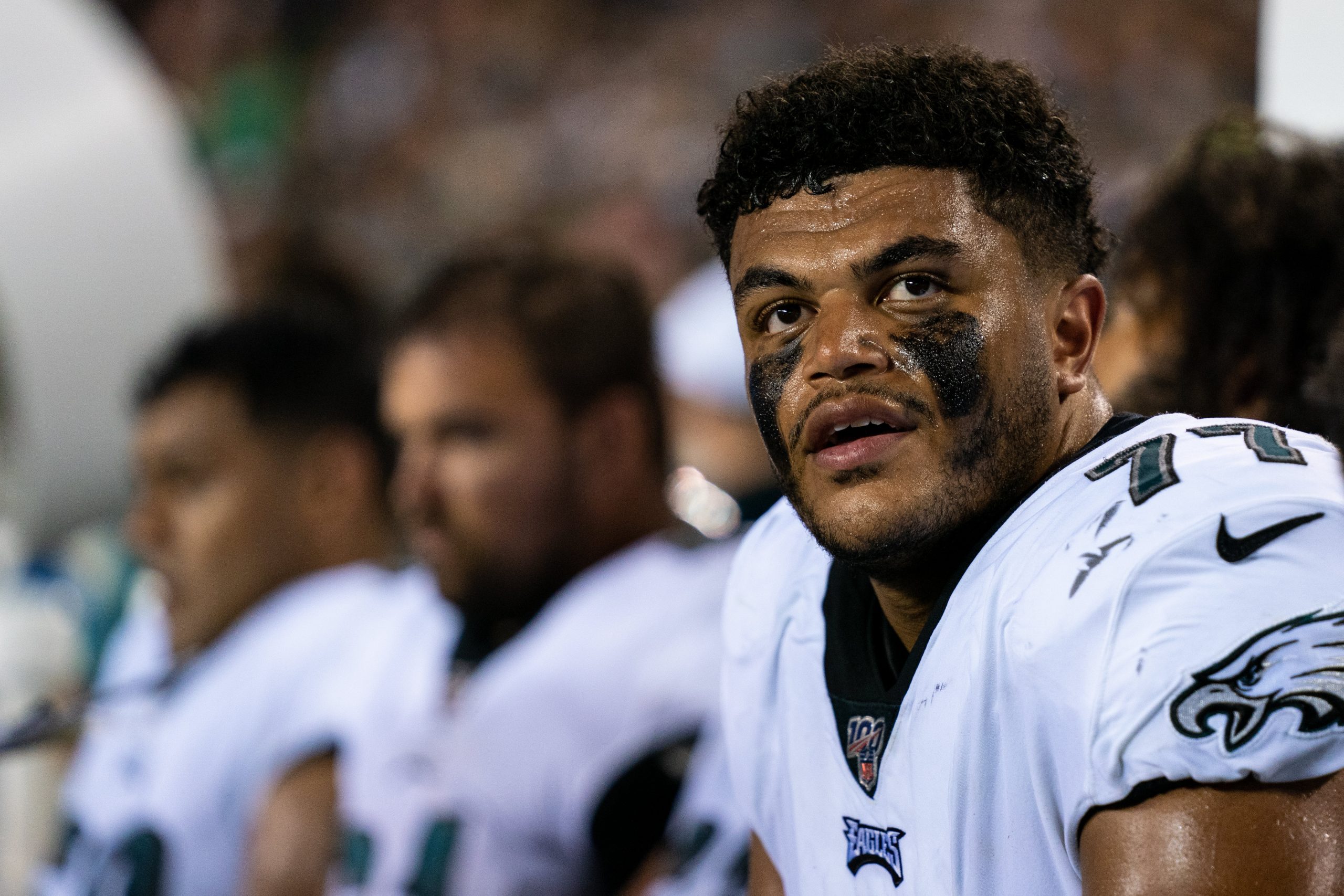 Heading into the 2020 regular season, it seems as if the Philadelphia Eagles cannot catch a break on the injury front this summer.

Since winning Super Bowl 52 over the New England Patriots in 2017, the Eagles have dealt with major injuries nearly every season. This year is no different, with notable names getting bit by the injury bug.

The first huge loss for the Eagles was All-Pro offensive lineman Brandon Brooks, who tore his Achilles earlier this summer. This devastating injury led to the team resigning All-Pro veteran left tackle Jason Peters and moving him to right guard.

Along with Brooks, second-year left tackle Andre Dillard, who was the Eagles’ first-round selection in the 2019 NFL draft suffered a season-ending biceps injury that landed him on injured reserve.

“It’s unfortunate, what happened with Andre that he’s obviously going to miss the season,” said Eagles head coach Doug Pederson via the team’s website. “We brought Jason Peters back, obviously, for a reason, to replace Brandon Brooks at right guard and we know he can play left tackle, but we’ve also got some young players that we’re interested in looking at further.”

As Pederson previously mentioned, the Eagles will have to decide who they want to put at that spot. If Peters were to move back to left tackle, he would reportedly want an increase in his salary.

However, Philadelphia could also put Jordan Mailata, Matt Pryor, or rookie Jack Driscoll at left tackle. That being said, the Eagles are in a tough position and may have to satisfy Peters’ wishes to make sure starting quarterback Carson Wentz’s blindside is protected.

Staying on the offensive side of the ball, 2020 first-round pick Jalen Reagor has also caught wind of the injury bug. He reportedly suffered a slight shoulder tear on Sunday but is considered “week-to-week.”

The rookie wideout from TCU was expected to play an integral role in the offense, playing opposite of DeSean Jackson this season. Veteran wide receiver Alshon Jeffery has reportedly rehabbed well from Lisfranc surgery and could return sometime this season.

Carson Wentz has also missed some time at practice and is considered day to day with an apparent “lower-body injury.” The Eagles are taking precautions, but Pederson isn’t worried saying that Wentz will be ready to go for Week 1.

Lastly, running back Miles Sanders, right tackle Lane Johnson, and defensive Vinny Curry have all shown up on the injury report and are questionable heading into Week One.