Interview with an SEC honk 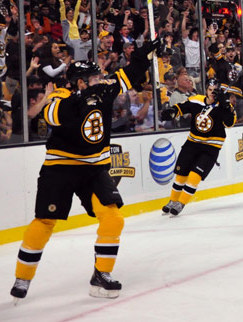 Kevin, the chief writer and editor of College Football Zealots, a southern-leaning football blog that covers the nation, sent me an email the other day with six questions on the Ducks:

1. Oregon has to replace a lot of starters on the front seven of their defense. Who are some of the new starters that will need to step up to help the Ducks this year?
Good question. The Ducks have significant losses in their front seven, especially in terms of leadership. They graduated starting DTs Brandon Bair and Zac Clark, LB/DE hybrid Kenny Rowe, who led the team in sacks the last two years, and two three-year starters at linebacker, Spencer Paysinger and Casey Matthews, who are now plying their trade in the NFL, both getting close to making a lineup in their first year in the league.

The good news is, defensive coordinator Nick Aliotti and his position coaches played a deep rotation on the defense, regularly using 26 different players to keep pace with Oregon’s blur-fast, 47-points-per-game offense. So younger players and substitutes got significant time on a unit that held opponents to under 19 points a game, and finished second in the nation in turnovers gained with 37 for the season, even holding juggernaut Auburn to 22 points in the national championship game.

Read More  (Links to the website fishduck.com, where I write a twice-weekly column)