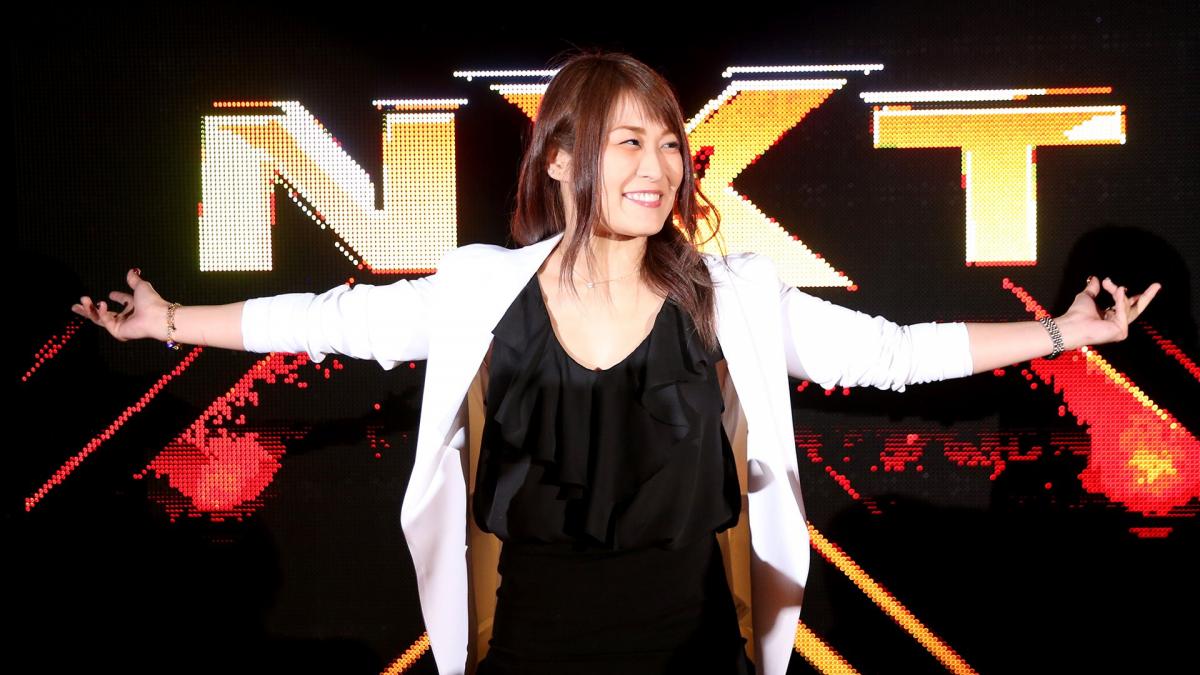 The 2nd Annual Mae Young Classic is scheduled to take place next month with much hype thanks to the previously announced return of former WWE Divas Champion Kaitlyn.  WWE has kept that hype going, announcing four more competitors on its Breaking News tab on WWE.com.

One of those competitors, Io Shirai, has recently signed with WWE during their recent tour in Japan. An icon much like Shinsuke Nakamura, Shirai has won numerous Championships, including the World of Stardom Championship at World Wonder Ring Stardom. Shirai brings years of experience with her in addition to being recognized as Japan’s Top Female Wrestler from 2015-2017 for Tokyo Sports Newspaper.

.@WWE has announced that it has signed Io Shirai, one of the most decorated women’s wrestlers in the world, as its newest Superstar. https://t.co/vlHkV2YG1c

Other competitors include ring veteran Nicole Matthews and the first PROGRESS female graduate Jinny. Matthews is a Canadian wrestler who fans might know from her work on Shimmer Women Athletes, where she has held both the Shimmer Championship and the Shimmer Tag Team Championship. She has also wrestled current WWE Superstars such as Becky Lynch, Billie Kay, and Asuka.  Jinny recently signed a contract with WWE and has worked with the company before then at WrestleMania Axxess events. Jinny is currently on NXT and NXTUK.

The fourth competitor, Kacy Catanzaro, was a contestant on the popular TV show American Ninja Warrior. She was recruited to the WWE Performance Center earlier in 2018, bringing along her talent and athleticism. Catanzaro also has a background in gymnastics. The Mae Young Classic will be her televised in-ring debut for the company.

Shirai is bound to make an impression on the WWE Universe this year at the Classic. Just like the NXT competitors that have competed in the Classic before her, Shirai’s participation will put her on the map, setting her en route to bigger things as her WWE career begins to take off.  Her international flair continues the trend of WWE acquiring great talents from around the world. Her technical mindset and daredevil style should connect to the fans upon her WWE debut.