Is Adam Eaton Underrated or Just a “Good” Ballplayer? 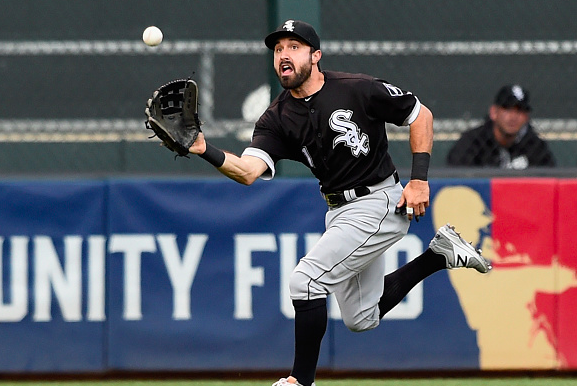 The Chicago White Sox posted a 78-84 record and really lost pace after the All-Star break, finishing 16 games behind the division-winning Cleveland Indians. This was a poorly constructed team that had serious flaws on the roster.

They addressed exactly one of the five needs I outlined last December by shifting Adam Eaton to right field. However, that effectively shifted their problem over to center field.

Chicago’s logic for doing this was nuanced in the belief they’d extract more value by pairing Eaton with a replacement-level center fielder instead of the other way around. Fair enough, but what did it do to Eaton as a player?

He put together his most complete season for a squad that really struggled. Now 27 years old, Eaton is an interesting ballplayer that’s somewhere between star and anonymous. This is a large range, but the simple reality. He’s played most of his games with the White Sox – who don’t get much national attention – and he doesn’t perform well with regard to traditional stats.

Add in the fact that he’s probably the third or fourth most exciting player on his own team and it’s easy to see how Eaton slips through the cracks.

However, he just put up a 6.0 fWAR season, making him the 12th-best all-around player in baseball this year. The important phrase here is all-around player. He’s not a big home run threat, doesn’t steal a ton of bases and is pretty good defensively.

Apparently, that adds up to being the 12th-best player in baseball these days.

Eaton is in elite company. Two of the guys in the above tweet, Kris Bryant and Mookie Betts, are hoping to win MVP awards this winter. The other two guys are well known for their all-around game. Then, there’s Eaton.

His offensive numbers from 2016 are consistent with what he’s done throughout his career:

— His on-base percentage was fluctuated between .361 and .362 each of the last three seasons.

— He’s stolen about 15 bases in each of the last three.

He’s not great at any one, standardized measure of how we stat folks evaluate baseball players, but there he is near the top of the fWAR leaderboard.

Jeff Sullivan of FanGraphs explained how Eaton’s fWAR jumped from the 4.0-range to 6.0, and it has to do with his success throwing the baseball. He finished 2016 with 18 assists, the most by an outfielder since Jeff Francoeur in 2012. This small improvement has had a dramatic affect on his overall value.

This underscores just how miniscule the difference is between players at the Major League level. They’re all so very good.

So, Is Adam Eaton underrated or just a “good” ballplayer? Let’s go with both.

He’s underrated because it’s unlikely someone would name him among the top 12 outfielders in the game, let alone the top 12 players. However, he’s not the kind of player that comes with the underrated label. His fWAR was buoyed by an oddity.

The rest of his stats are good, but not great. He’s just a very good all-around outfielder and that’s a really good thing to have in baseball.