Is Crosby Set To Lead The QB Raid In The AFC West?│NFL Betting Odds 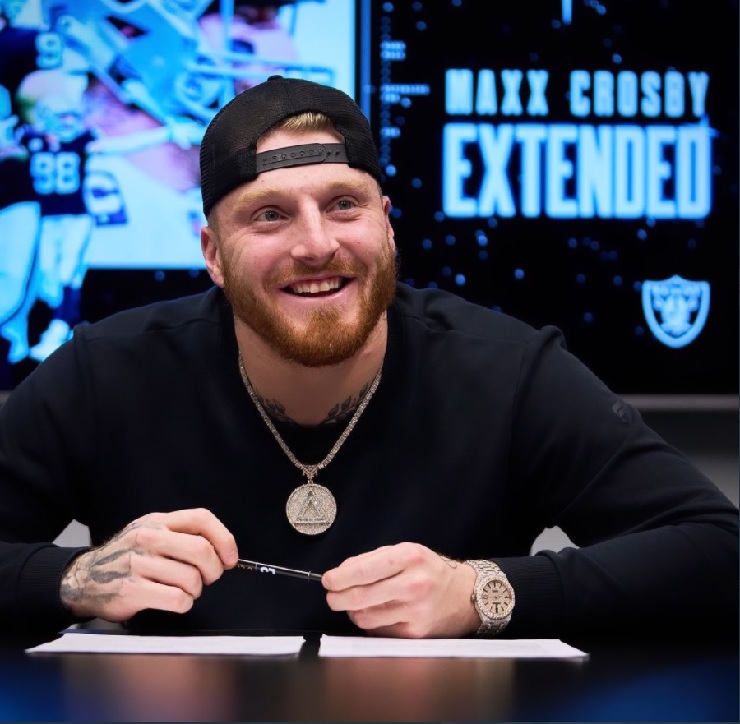 We have all been watching in awe as the AFC West became the hotbed of action in the first week of free agency. It seems that any player chasing more than just money chose to join a team in this division, and that means we will see some fierce competition this year. Hell yeah. However, with such loaded rosters throughout the division, the question of which AFC West star will accrue the most sacks became a point of interest for oddsmakers. I share the odds here and break down why and how you should bet on Maxx Crosby.

NFL Futures Odds for the Most Sacks In The AFC West

Of the eight pass-rushers included in the pool none have been given odds over +1000 (Clark, Gregory). The complete list of odds is as follows:

These are all tightly packed together, and perhaps rightfully so as far as talent goes. However, Crosby (+550) seems to be the best pick, despite being put in the middle of the pack.

Maxx Your Money With Crosby

While the AFC West did load up with talent this offseason in a spectacular way, with all four teams now having two premier pass-rushers, there is one area that all four teams are currently struggling with: RT. No team has a sure thing there, even if they did have a player flash a bit last year.

With that being said, DE’s that consistently line up over the RT have a massive advantage in this division, playing in a favorable matchup an automatic six times throughout the year. This fact alone dwindles the picks to Bosa and Crosby. Other players aren’t locked to a spot like these guys are. One could technically argue that Chubb generally lines up over the LT, resulting in Gregory over RT, but with Chubb’s extensive injury history it seems premature to lock Gregory over RT as a consequence of Chubb. Still, we could include him, I suppose.

Of the three that would consistently draw a matchup with RT’s, Crosby is clearly the best. Comparing him to Gregory results in a no-contest; he clearly outperformed him, and this extended beyond stats. They both looked great on film, but Crosby looked GREAT.

Of course, Bosa looked GREAT as well and had (2.5) more sacks than Crosby did in 2021, but Bosa struggles with conditioning. This is perhaps one of the biggest knocks against his game- he is a beast on the field, but with his size and effort, he can’t stay on the field as much as some other guys can. Crosby is one of those other guys, and that can make all the difference.

It may seem as if I was setting up Crosby to be the pick, and to an extent I was. However, the best bet is a hedged one, utilizing something like a 2:1 split between Bosa and Crosby. They are both frontrunners for the sack title and such a split results in a handsome payout regardless of who wins.

It’s all nice and good to know what to bet, but knowing where to place that bet is just as important. Check out the best offshore sportsbooks: