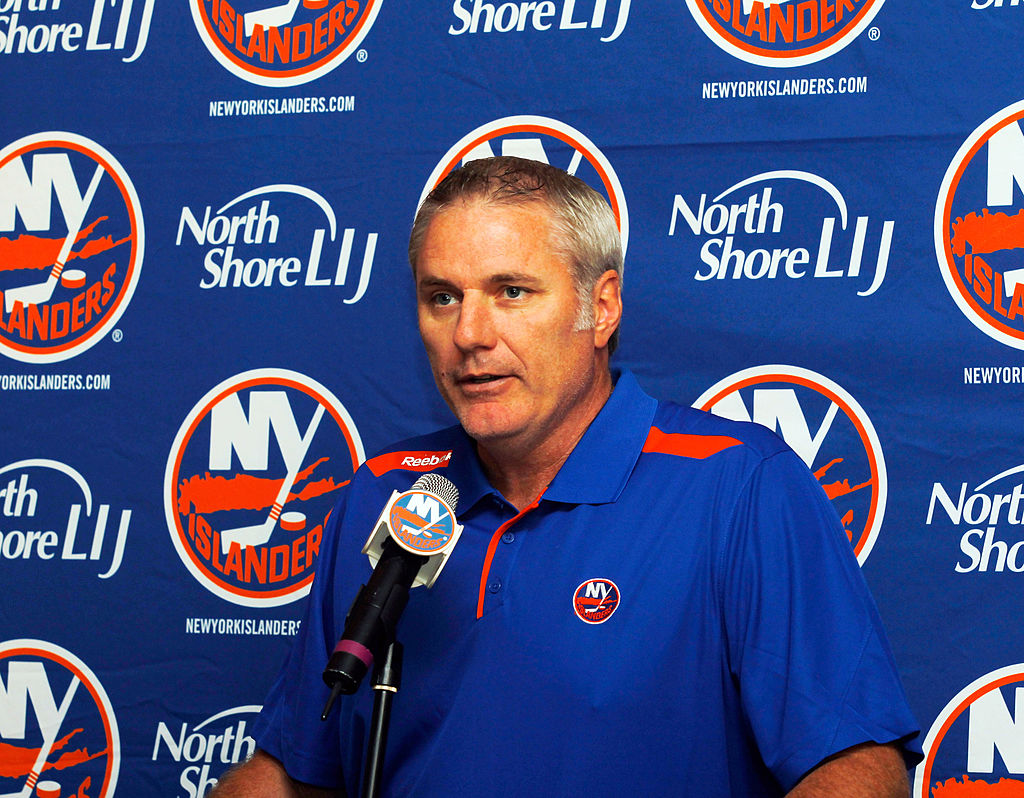 With just under two weeks until the NHL Expansion Draft, the Islanders are quickly approaching decision time on what to do next.  They better think long and hard, because decisions made this off-season could, good or bad, change the course of the franchise for decades to come. The team clearly needs to get better up front, and there is a strong likelihood of losing a solid defender to Vegas.

No matter who they lose in the expansion draft, the time has come for this team to take the next step. No longer is winning a playoff round an accomplishment. The Islanders have not had home-ice advantage in a playoff series since Ronald Reagan was president. The game, the world, and the planet are extremely different places now. It’s time for the Isles to adapt as well.

The team would love to protect all their defensemen in the expansion draft, but that’s just not possible. They are going to have to lose a good player. That is just a fact of the new NHL. Nine defenders suited up for the team last year. The Isles are not worried about losing a guy like Dennis Seidenberg. That simply won’t happen. Johnny Boychuk and Nick Leddy? Safe. Travis Hamonic is either going to be traded or protected. That leaves Calvin de Haan, a restricted free agent, Adam Pelech, Scott Mayfield, Ryan Pulock, and Thomas Hickey. Adam Pelech and Scott Mayfield are not going to be selected. de Haan, Pulock, or Hickey are the logical choices here.

The rules are pretty simple. The Islanders must protect either seven forwards, three defensemen and a goaltender. Or any eight skaters and a single goaltender. The goalie they will protect is 99% going to be Thomas Greiss.

There could be a million different ways to go.

Let’s say for argument’s sake they protect just three defenders. That leaves a lot of talent, including a top prospect like Pulock, unprotected. So, we go with the eight skater option. Forwards protected will be John Tavares, Andrew Ladd, Anders Lee, and either Josh Bailey or Brock Nelson. If they protected both, again you have a bevy of available defenders. It would be hard to see the Islanders leaving a guy like Nelson unprotected. Josh Bailey had an excellent resurgence last year, but Nelson has had 20 or more goals in each of the last three seasons, and he is going to be just 26 at the start of the season. If Vegas selects Bailey, more power to them. It won’t be a gigantic loss for the Islanders. Vegas could easily go with Casey Cizikas, Cal Clutterbuck, or even Jason Chimera if they were to take a forward.

One thing is for sure, the Islanders will look drastically different than they did last year. Simply put, things didn’t work for a long enough time last season. Within the next month we should know the answer to the following questions:

Will the Islanders sign Tavares to a long-term extension and put all the rumors to bed once and for all?

Will Tavares finally get the winger he so desires to take the next step?

Will the Isles acquire Jordan Eberle or Matt Duchene? At what cost?

Who will the Islanders protect in the expansion draft?

Are there any exciting prospects at pick 15 in the NHL Entry Draft or will they package the pick in a bigger deal?

Will the Islanders sign a free agent to go along with any new acquisition?

Then of course in the months following we will learn more about guys like Mathew Barzal making the team, as well as a guy like Ryan Pulock (should he stay).

The Islanders are entering a potentially very busy off-season with a lot of unanswered questions. Within a month, we should have a huge close as to what direction this team is headed with a new coach at the helm.