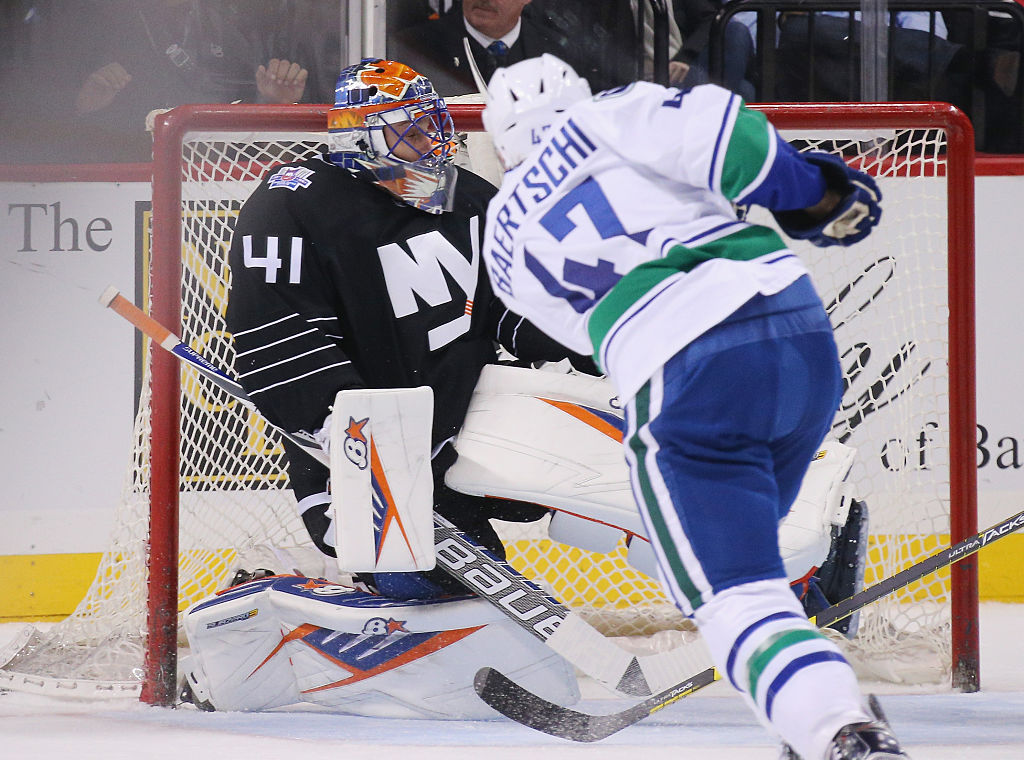 EAST MEADOW, N.Y. —  Jaroslav Halak will get another go in net tonight when the Islanders host the Vancouver Canucks at the Barclays Center. The Islanders’ goaltender is coming off a big 2-1 win over the Ottawa Senators on Saturday.

Halak had struggled as of late prior to Saturday’s win in Canada’s capital city, dropping three previous stars and failing to have a save percentage above .900 in any of those games. However, Halak played well in Ottawa, finishing the game with 31 saves and .969 save percentage.

“He was probably a little frustrated not getting results at times,” Islanders coach Doug Weight said. “But it was big for him to kind of be the man in there and makes some big saves. It was good for him.”

Along with Halak in net, most of the Islanders lineup will remain the same except for Anthony Beauvillier taking Casey Cizikas spot tonight. Cizikas left Saturday’s game with a lower body injury and did not return.

Cizikas did not skate at the team practice facility this morning, but Weight categorized the injury as “short-term.”

READ: 10 Things New York Islanders Fans Should be Thankful For

All of this comes as the Islanders will look to win their fourth straight game and pick up their seventh win in their last eight games. The only loss the Islanders have during that stretch was a 4-2 defeat in Carolina.

The Islanders will have history on their side tonight against the Canucks. New York is 25-4-5 all-time against Western Conference opponents at Barclays Center and the Islanders have not lost a home game to the Canucks in regulation since February 22, 2015 at Nassau Coliseum.

The Islanders are also the only team in the NHL without a regulation loss at home.

Vancouver is coming into tonight’s fresh off a 4-3 shoout loss to the New York Rangers on Sunday Night at Madison Square Garden and dropped their game before that on Friday to the New Jersey Devils. Despite that, the Islanders are expecting tough competition tonight.