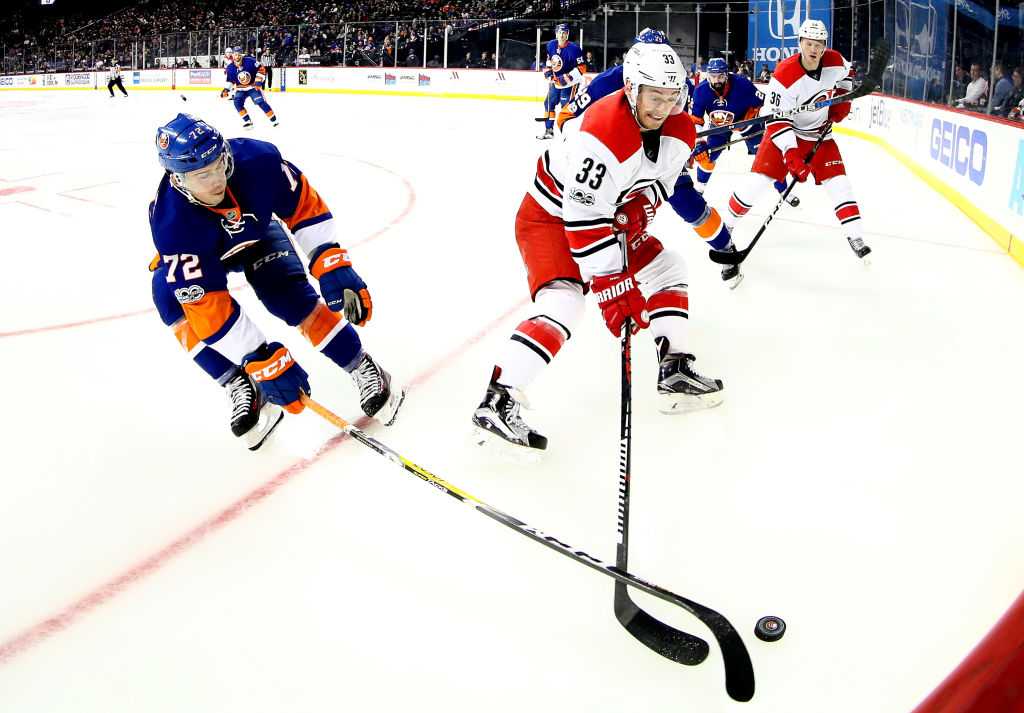 EAST MEADOW, N.Y. — After a four-day break, the Islanders are back in action tonight at Barclays Center. New York will be looking to pick up where they left on Saturday when they host the Carolina Hurricanes.

Tonight will be the first time the Islanders face the Metropolitan Division foe this season. The Islanders have struggled against the Hurricanes in the past — despite Carolina’s lack of success recently — going 2-2-1 last season and allowing them to pick up points in nine of their last 10 meetings.

Both teams are coming off lopsided wins in their previous games. The Islanders beat St. Louis 5-2 on Saturday night and the Hurricanes defeated Dallas 5-1 on Monday.

Anthony Beauvillier will return to the Islanders lineup after missing Saturday’s win. The young forward was sidelined by a leg injury after blocking two shots in the Islanders’ loss to Dallas on Friday.

“I was just there and I was just trying to block the shot,” Beauvillier said. “It just happened. It got me in the wrong spot and thank god it’s nothing crazy, and it’s nothing broken. It’s not fun. When you look back at it I had to do it I guess.”

Beauvillier will play alongside Brock Nelson and Josh Ho-Sang, who had his recall changed from an emergency recall to a regular recall this morning. Ho-Sang and Beauvillier have had success together last season when they were paired together on a line.

All three spent time together during the preseason as well.

“(Nelson) is always in a good spot and (Ho-Sang) can make unreal plays,” Beauvillier said. “It’s a good challenge for us. It’s going to be a lot of fun tonight and an exciting weekend.”

Thomas Hickey and Ryan Pulock will be in the lineup on the backend and Thomas Greiss will get the start in net. Denis Seidenberg and Scott Mayfield will be out, along with Alan Quine.

Tonight’s game kicks off a stretch of games where the Islanders will face a heavy amount of Eastern Conference opponents. Through the first 17 games of the season 13 of them were against Western Conference teams, but now 12 of the Islanders’ next 13 matches will be against teams in the east.

“You gotta win them,” head coach Doug Weight said about the upcoming stretch. “It would be a good time to go on a good run. Obviously it could really put us in a great spot going into the last 35 games, 45 games. You know, a day at a time and certainly this weekend is a big one. We’ve got three in four, but so do the teams we’re playing and fast teams.

“It would be nice to start banking those points and creeping up. We’ve got a few games in hand, so creeping up the standings and getting ourselves in a real secure spot.”