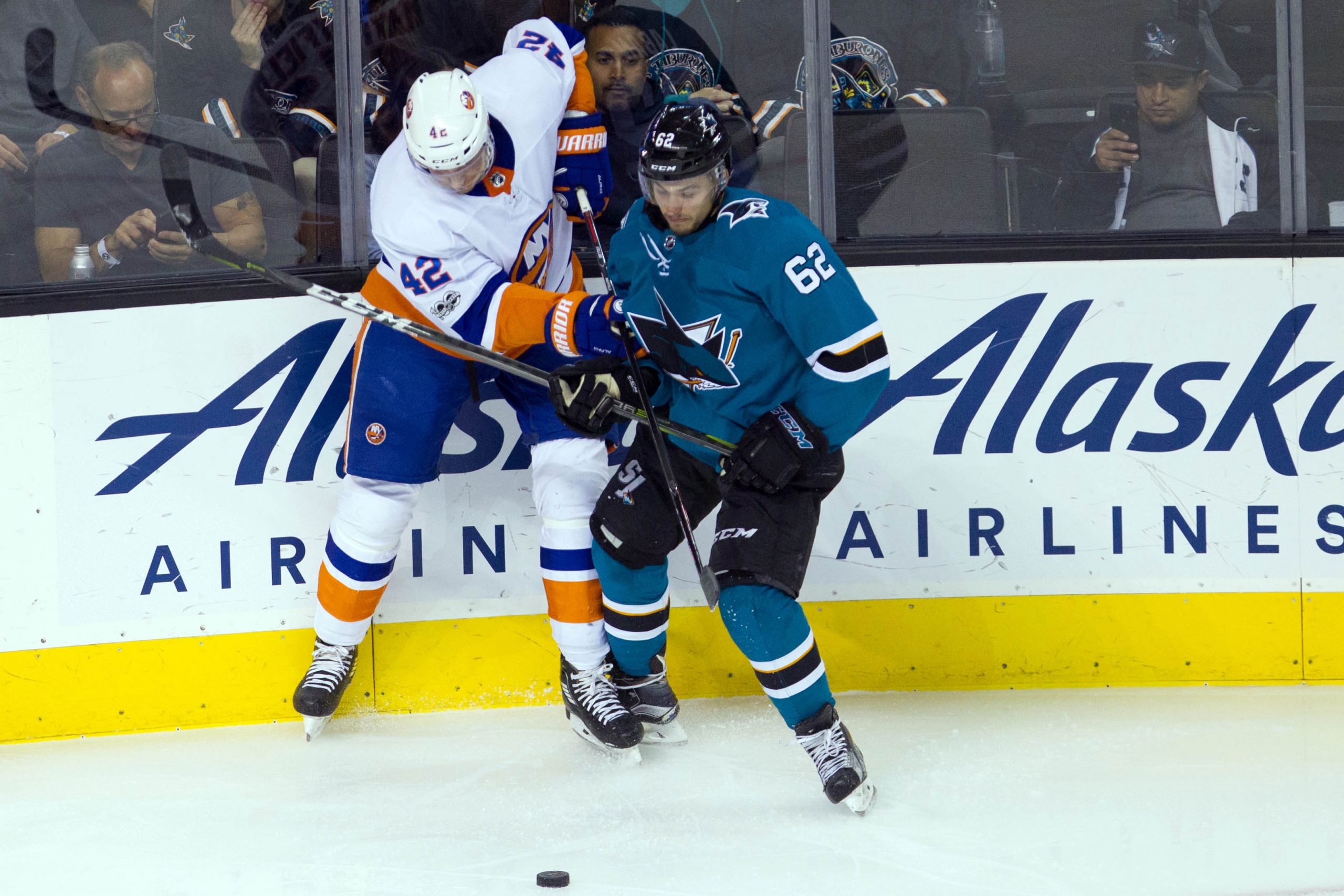 The Least You Should Know About the Sharks… San Jose recalled defenseman Dylan Gambrell from the AHL. Gambrell had a three-point night (two goals, one assist) for the San Jose Barracuda in their opening game… Joe Thornton was placed on injured reserve on Sunday. He experienced swelling in his right knee following the Sharks 3-2 overtime win over the Los Angeles Kings… Evander Kane has scored goals in back-to-back games for the Sharks to open up the 2018-19 season. Kane leads the team in goals and points to start the year.

NEW YORK — New Islanders head coach Barry Trotz will shake things up a bit today when the San Jose Sharks make their only visit of the season to Brooklyn. Robin Lehner will start in net and Scott Mayfield and Tom Kuhnhackl will be inserted into the lineup

For all three it will be their first time playing this season.

“Tommy (Kuhnhackl) has been a winner with Pittsburgh. He brings a real good defensive element,” Trotz said ahead of today’s game. “San Jose has a real good offensive team. They’re a big team and just giving us a little more identity on that line with (Valtteri Filppula) and (Leo Komorov). They’ve been sort of a real good defensive line so they’re going to probably see a little bit more time there.”

As for Mayfield, Trotz said that he brings another big body for the Islanders and that they’re still trying to sort things out on the blueline

“Scottie had a pretty decent camp,” Trotz said. “I don’t want to forget about him, but just the order. I thought we’d make a change there and move Johnny (Boychuk) up a little and Scottie in there. I think it will give us balance. We have the leftie-rightie thing correct now.”

Trotz started the year with Thomas Greiss in net, but Lehner will get his shot this afternoon with the Islanders not playing again until Saturday. The Sharks will start Martin Jones in net.