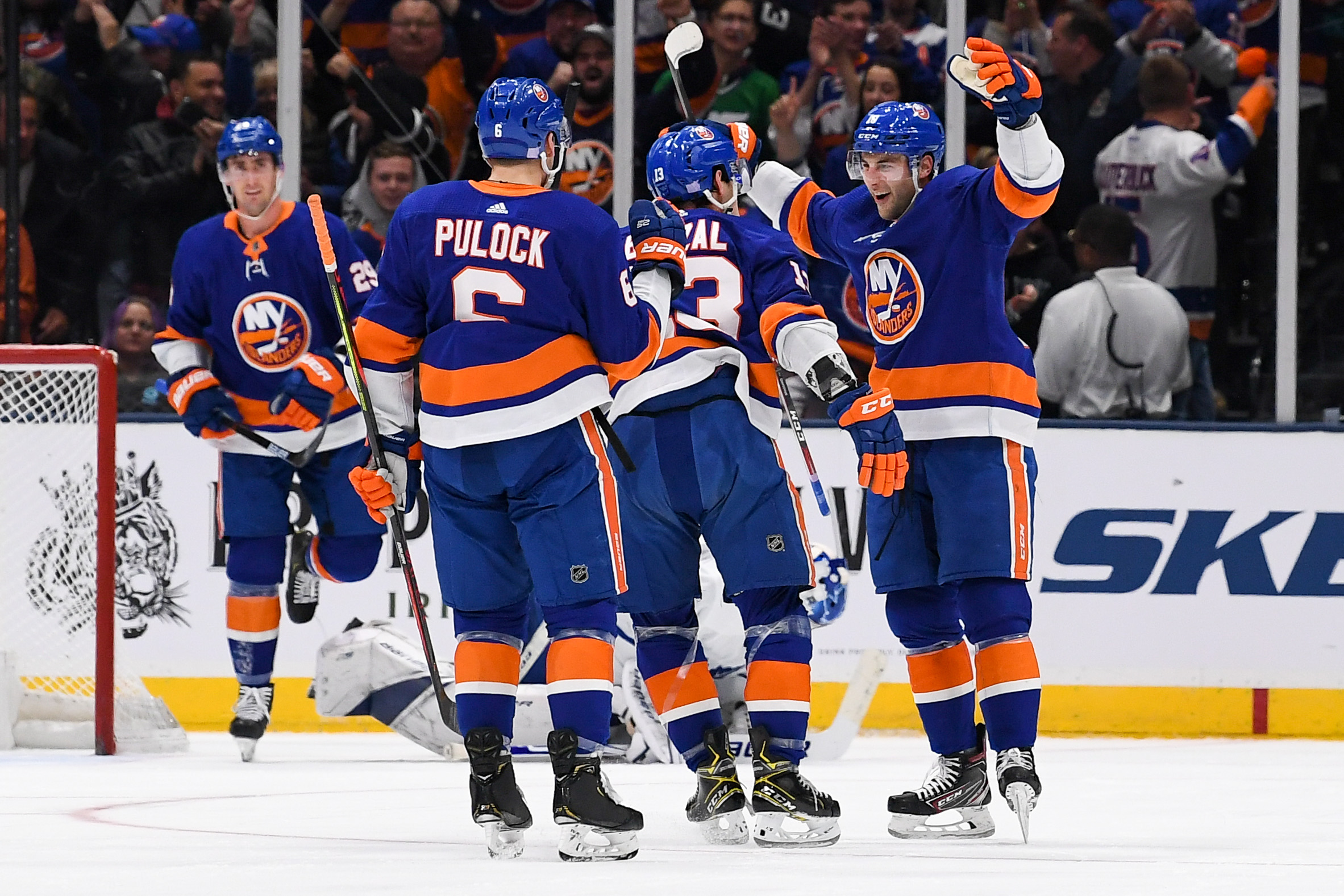 With a lot to be thankful for following the holiday festivities, the Islander fanbase is surely thankful for the work of head coach Barry Trotz and his New York Islanders after 23 games. With a 16-5-2 record, the team from the Island sees themselves in second place in the Metropolitan Division and five points behind the Washington Capitals.

In an offseason that appeared to pass without substantial additions to strengthen the team, this season has been quite amazing to date. Below are three things for Islander fans to be thankful for this holiday season.

With Robin Lehner showcasing his skillset to the hockey world with an impressive year with the Islanders last season, one could only have assumed that he would be remaining on the Island for years to come.

After a deal wasn’t able to be worked out, Lehner headed to Chicago to fight for the number one spot with Corey Crawford. The Islanders decided to take a chance on a goaltender who seemed to be off of most teams’ radars due to his inability to stay healthy and play at the consistent level a number one goalie must play at. After a year in which Varlamov lost the starting job in Colorado, an extension with the Avalanche was off the table and the Islanders took a chance signing him to a 4-year $20 million deal.

It paid off for Varlamov and the Islanders, with head coach Barry Trotz’s defensive system benefiting the 31-year-old netminder. Varlamov has split time with Thomas Greiss, posting a 7-3-2 record with a 2.66 goals-against average and a .911 save percentage.

While these numbers are not amazing, they are serviceable as the Islanders are tied for the league lead with Boston for the least goals allowed with 58.

It’s a @pepsi shutout for Semyon Varlamov and nine consecutive wins for the @NYIslanders! pic.twitter.com/kwLilgfWeW

The Islanders have dealt with a handful of injuries so far this season. Jordan Eberle missed 10 games with a leg injury, Matt Martin missed 9 games with a lower-body injury and Andrew Ladd, who has not played at all this season as he tries to return from a torn ACL suffered last year, is still rehabbing in the minors.

While Andrew Ladd’s contract has not been team-friendly since he put pen to paper, Eberle and Martin have been players that have helped transition this team into a contender and are focal points when discussing the identity of this season’s New York Islanders.

Rookies Oliver Wahlstrom , Cole Bardreau, and Otto Koivula have all enjoyed a taste of the National Hockey League, showcasing the organizational depth and a bright future. And players that saw action last season — Michael Dal Colle and Ross Johnston — have seen their playing time increased when teammates have hit the shelf.

Dal Colle, a first-round pick, has developed into a strong third line player, increasing his physicality, as well as playing with more structure in the defensive zone. With only three points in 23 games, his strong play is something that goes beyond the stat sheet and due to his work ethic, he has become a piece of this Islander lineup night in and night out.

A similar player in regards to the lack of offensive statistics is Johnston. With Martin going down with his injury, Johnston was given a strong chance to illustrate his worth to the coaching staff and even though he has one point to his name, he filled the Martin role perfectly in his absence.

The 6’5 winger has 20 hits in 12 games and is a player that stands up for his teammates, while working his tail off each game with the limited minutes he received.

Ross Johnston "hammering the heck out of him." #Isles @91Butch pic.twitter.com/a2gZSovXMs

Starting with an October 12th shootout win against the Florida Panthers, the Islanders would embark on what first became a 10 game win streak, which ended on Nov.7 following an overtime loss to the Pittsburgh Penguins. But a point streak was very much still alive and the Islanders were able to stretch that for 17 games before losing on Monday in regulation against the Anaheim Ducks.

The streak was miraculous to say the least, breaking a franchise-record point streak, which was set by the Stanley Cup-winning team in 1981-82. Posting a record of 15-0-2 in that span has jolted the Islanders into a strong spot early in the 2019-20 campaign. The inability to gain points early in a season has been something that the Islanders have seen come back to bite them in the past.