It looks like J.T. Realmuto’s patience will soon be rewarded by the Phillies 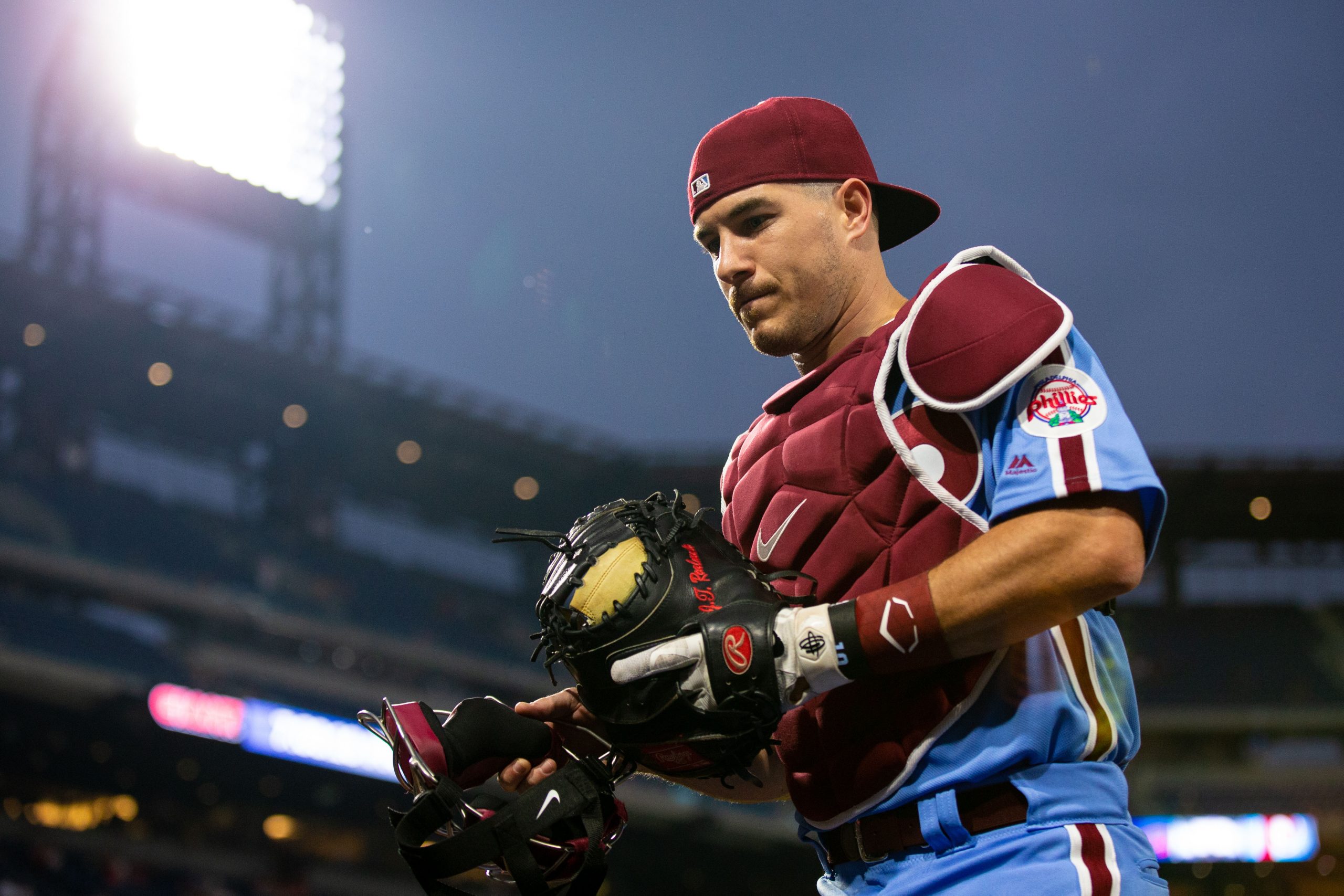 With a 76-72 record entering Tuesday’s games, the Philadelphia Phillies are on the cusp of getting booted from the National League wild-card race. While they continue fighting for their playoff lives as we continue creeping closer to Game 162, rumors are circling about the club being interested in locking up catcher J.T. Realmuto to an extension, and rightfully so.

I mean, if I could only choose one tweet to show his on-field value to the Phillies in 2019, it’d probably be this one:

His combination of value on both sides of the ball has him in line to earn an extension in excess of $100 million, joining a club that also includes Joe Mauer and Buster Posey. It’s amazing how quickly things can change in about 12 months, right?

At this time last year, Realmuto was finishing up another season with the Miami Marlins, hoping he’d be traded that winter. Before he made this desire publicly known, though, he at least entertained Miami in extension talks. However, the Marlins’ view of Realmuto’s value wasn’t in the same hemisphere as what the backstop thought it should be:

Sources: #Marlins offered J.T. Realmuto two separate contract extensions. 4 yrs 43 mil back in July and then 5 yrs 61 mil, w option for 6th yr (76 mil total). Realmuto’s camp did counter with an offer and then pulled it off the table and never returned.

Who could blame him? Realmuto’s 2018 campaign — his age-27 season — was the best he’d produced to that point, including an All-Star Game appearance and a Silver Slugger award. When adding in his 4.9 fWAR, which led all MLB catchers last year, he wanted to be compensated like the best at his position.

Of course, there’s always the risk of turning down guaranteed money — no matter how far below market value it is — because nobody knows what the future holds. That’s why we’ve seen a barrage of early-career extensions for players like Luis Severino, Ozzie Albies, and many, many others within the past calendar year.

But Realmuto used those low-ball offers as leverage to get out of Miami and into a more favorable situation in Philadelphia. He’s used a huge second half to once again improve his numbers in virtually every category, too. Through 572 plate appearances, he owns a .277/.329/.498 line with 25 home runs, 82 RBI, and a 109 wRC+. This plus his defensive contributions have led to a 5.7 fWAR, which already is a career high and on track to lead his position for the second straight year.

His progression as a player since becoming an every-day starter for Miami in 2015 has been tough to ignore. Check out how most of the below stats have improved every single year.

With this increase in homers comes an equally encouraging trend when it comes to his batted-ball profile. Since posting a career-worst 49.3% ground-ball rate in 2016, it’s gone down each year and is currently sitting at a career-best 38.6%. Most of that difference has gone to his fly-ball rate, which has gone from 30.3% to 37.6% during this same period of time. This is all accompanied with a tremendous rise in hard-hit rate, going from 29.9% in 2016 to an eye-popping 45.9% so far this year.

Looking at Posey’s nine-year, $167 million extension that he signed with the San Francisco Giants in 2013 is an easy target for Realmuto’s agent to set in contract negotiations. It’s unlikely he’d reach that number because the years won’t be there to justify the average annual value. But getting anywhere between 4-6 years isn’t outrageous, making it likely to surpass the $100-million mark.

Realmuto was patient when it came to getting out of Miami. Now that he’s proven his value in Philadelphia, he’s probably about to be rewarded for it before even sniffing the free-agent market. For someone who has been as valuable as him at his position, this is exactly how things should be playing out.