It Might Not Happen For Kolten Wong In St. Louis 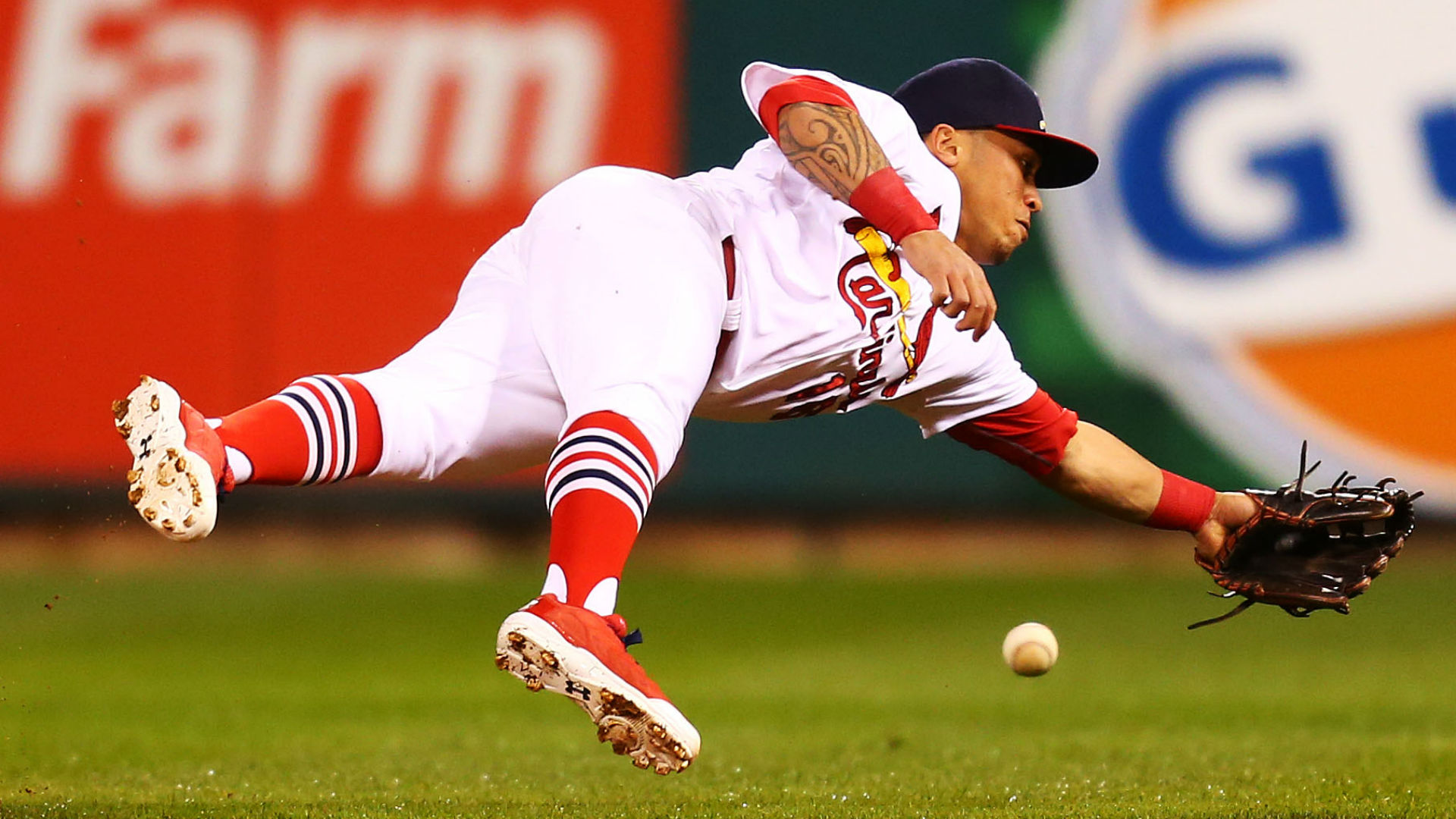 When you’re a serious fan of a team – the kind of fan that would read crap blogs like this one – it’s hard to have perspective.

You’re generally aware of the storylines that will get some airtime on shows like First Take when it comes to the Cardinals (Molina calls out Adam Jones/Rick Ankiel drinks a beer before a game, et al). But when you’re grinding day in and day out with a team, small stories rule the day. And sometimes cloud the bigger picture.

It feels like it’s been a long time since the Cardinals have kicked ass. But, actually… since 2000 (past 16 seasons) the St. Louis Cardinals have:

We don’t talk about past success much at dinner parties or around the water cooler or on Twitter, because, candidly, that’s what fans that expect less do. Laurels the Cardinals have earned are for some mythical date in the future when we’ll have time to be more reflective. Right now we’ve got to worry about the damn Cubs.

Truth is that time will never come. We’ve collectively created an atmosphere where good is average and average is garbage.

We want the Cardinals to be great. All the time.

St. Louis isn’t a mean town, though. The fans are mostly polite and the media are mostly respectful. Places like NYC or Philly or Boston are known to be ‘pressure cookers’ for baseball players. But I’m not so sure that St. Louis isn’t the toughest place to play in Major League Baseball.

St. Louis doesn’t do ‘re-builds’. Has no tolerance for anything but wins.

I bring this up because Kolten Wong is in the news. I’d love to tell you it was a story about how well he’s doing in spring training and how he can’t wait to get to the regular season.

It’s not, though. It’s painful.

Here’s Mr. Wong on the news that the Cardinals were considering a platoon at second base:

“I don’t think you give somebody a contract for no reason,” Wong said. “When you are given a contract, you are expected to get a chance to work through some things and figure yourself out. Josh Donaldson, Jose Bautista, all these guys never figured their stuff out until later on down the road. It’s the big leagues. It’s tough, man. For me, the biggest thing is I just need people to have my back. When that comes, it will be good. But, I think right now, it’s just staying with my play, understanding I’m working toward getting myself more consistent, understanding what kind of player I can be. If that’s going to be with another team, so be it.”

Wong was asked to clarify what sounded like an interest in being traded.

“I just feel like, you know, my time here, it’s almost limited,” he said. “So, we will see what happens. I don’t know what’s going on. No one has told me anything. I’m just working hard, doing what I gotta do to get myself ready for whatever happens.”

Wong has not requested a trade but confirmed he would rather depart if he is not going to be a regular starter in St. Louis.

Then later in the day, he asked to have his comments clarified after (presumably) he realized they wouldn’t play very well:

“That platoon word is something I don’t get along with real well,” Wong said. “When that came off, obviously I kind of blew off the top a little bit. Just because I’ve put in the work this offseason offensively, defensively, offensively, trying to figure out my swing. At spring training, we all understand we are trying to figure out something. You are trying to make sure that you are getting yourself ready for the season. My whole thing was, I just got mad at the fact, thinking, I’m over here trying to work on things, trying to get myself better. Not trying to go out here and have an amazing spring training. I’m trying to go out there and have an amazing season. To hear that was something that hit me out of left field. I didn’t mean it in a bad way. I didn’t mean it for me to come off  seeming like I wanted to be traded or wanted to get out of this organization. I love playing for the Cardinals. If that wasn’t the reason, then I never would have signed that extension. I wanted to be here for the long term. I still want to. Right now, I’m going through a rough stretch, trying to figure out my stuff. Eventually it will turn around. I’m so locked in and trying to figure my stuff out, that when I hear other stuff like that, it kind of hit me the wrong way, knowing I’m putting in all this effort and work and doing all I can to help this team win. And to hear that, it was something I wasn’t expecting.”

It’s dangerous to analyze any player’s head space through media reports. But with a week left before regular season action, two things seem to be true:

I’m hesitant to use the c-word here. Colby Rasmus, though, seems to be a straightforward comparison.

Here we have a strong-willed manager paired with a talented player that can’t seem to find his place with the team. He’s shown flashes of skill, but can’t seem to elevate his play on a consistent basis. A constant flashpoint for pretty much anyone and everyone working with and rooting for the team.

Some in the media aren’t sympathetic to Mr. Wong’s situation:

Spring stats don't matter much if you've established yourself. But if you haven't & are struggling in camp, don't bitch about platoons.

Maybe it all works out and Wong becomes a bedrock player at second base for the Cardinals.

It may seem that St. Louis is an easy place to play. It’s not, though. Achieving high standards? Hard. And Mr. Wong is gripping.

The Cardinals aren’t ready to move on. Yet. Will a slow start to the regular season change their mind?