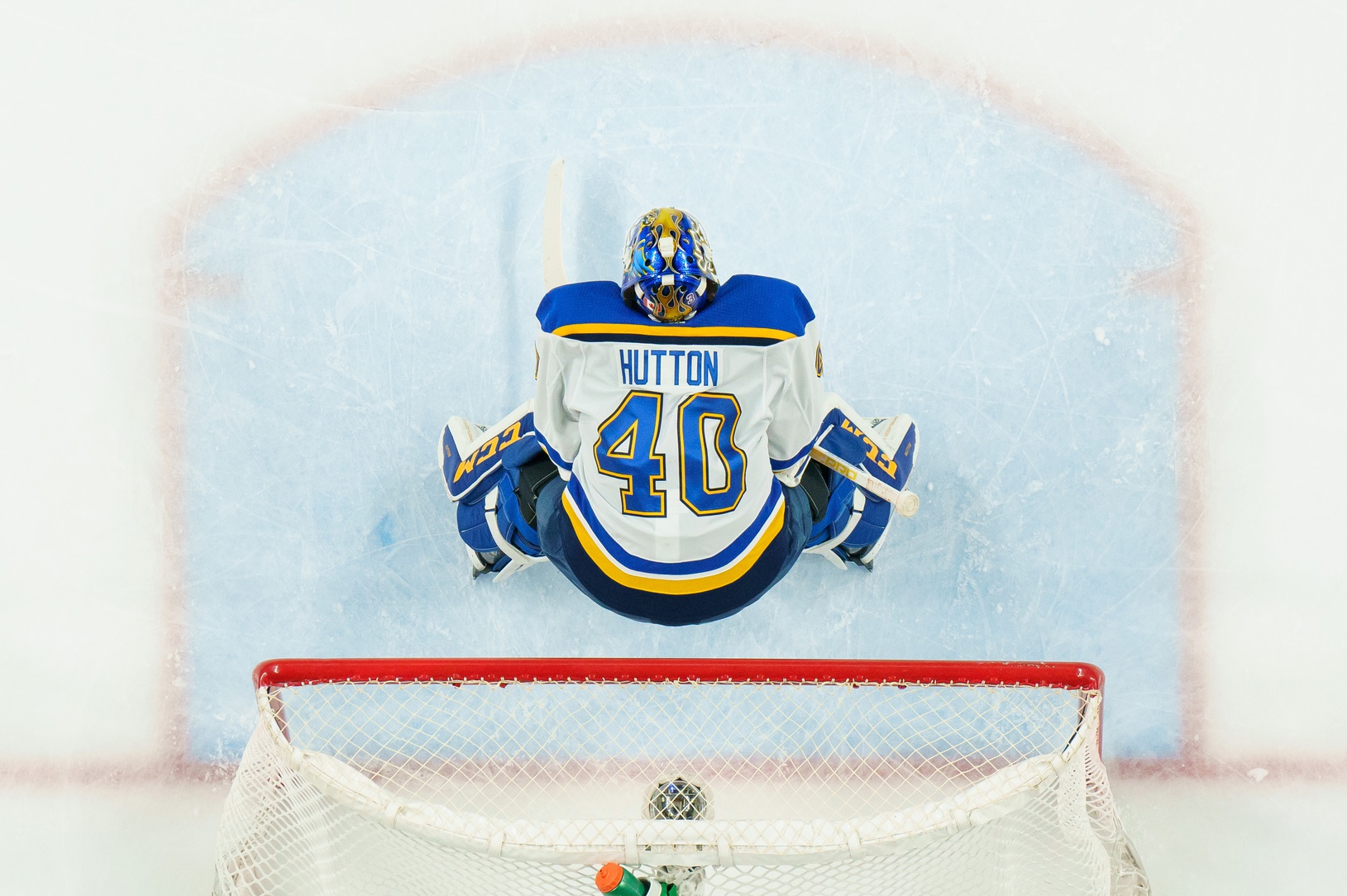 Recently, St. Louis Blues GM Doug Armstrong stated that goaltender Carter Hutton was planning to test free agency. Armstrong said he didn’t blame Hutton, but he also stated that the Blues would like to have him back. Unfortunately, it doesn’t sound like that’s going to happen.

Things can always change, but it’s believed the ship has sailed on the Blues re-signing Hutton. #stlblues https://t.co/ojLdGTdrnu

Given all of the interest in Hutton, it’s no surprise that the Blues are planning to move forward under the assumption he won’t be returning. One team who is interested in Hutton is a familiar rival.

I'm told the Blackhawks are one of the many teams that have reached out to UFA (and longtime IceHogs goalie) Carter Hutton. No surprise there, of course.

Hutton deserves all of the interest he’s seeing now that he’s about to hit the open market. He was outstanding in 2017-18 and could represent a big upgrade in net for any number of teams. He may not fill the stereotypical “top starting goaltender” label, but it’s not often a goalie who was a leader in save percentage and GAA hits free agency.

So, where does that leave the Blues?

They reportedly have a plan should Hutton depart, but they haven’t indicated what that might be at this time. That’s kind of a frightening proposition considering how little confidence most fans have in Jake Allen. Allen has been at his best when he has a strong goalie pushing him and challenging him for time. Hopefully the next goalie who arrives in St. Louis is able to do the same, and offer the Blues a reliable option when Allen inevitably falters.