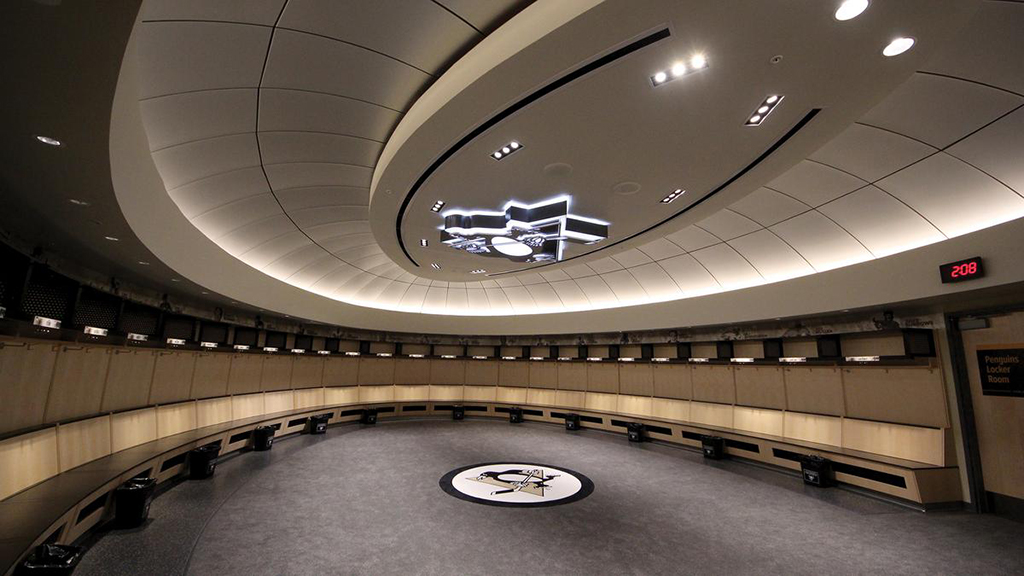 You can just feel it.

The weather is starting to warm. You don’t have to put on eight layers just to walk from your front door to your car. The sun is still out at faceoff and it’s not down until the second period.

You know the next few Saturdays, hockey will be on starting at noon through midnight.

I hope your ass needs a lot of sitting and your ones are nice and cold.

This is the best time of year.

All the struggles, all the agony, the wins, the losses, the injuries, the battle for position in the standings, it all goes away.

Four wins, four times, and it’s a summer that starts with a ride down the Boulevard of the Allies and ends with another banner raised to the rafters of PPG Paints Arena.

Only three of those five remain.

These last fourteen years, we’ve experienced what some franchises and fanbases experience through an entire generation.

Four trips to the Stanley Cup Final. Three of those ended with parades.

Two sweeps that no one saw coming.

A playoff series without Crosby or Malkin.

Crosby vs. Ovechkin Round 1.

Crosby vs. Ovechkin Round 2.

Crosby vs. Ovechkin Round 3.

Crosby vs. Ovechkin Round 4.

You name it, we’ve seen it.

We’re spoiled as shit. Three Stanley Cups in an 8-year span will do that.

So will getting to watch Sidney Crosby, Evgeni Malkin, Marc-Andre Fleury, Kris Letang, Jarome Iginla, Phil Kessel, Brendan Morrow, Jordan Staal, Marian Hossa, Patrick Marleau, Jason Zucker, Jake Guentzel, and so so many others in what has been an entire decade-plus of just an embarrassment of riches.

You guys do realize that Evgeni Malkin has never missed the playoffs, right?

When we head east tonight to take on the Flyers at Wells Fargo…….

Tonight was supposed to be the night where we, through years and years of conditioning, found ourselves as hostile as ever to simply seeing the color orange or that…nightmare of a mascot.

Tonight was supposed to be the beginning of the second season.

Regardless of what happened prior to the pause, you could kind of feel it with this team, no?

I’ll never accuse Sidney Crosby or Evgeni Malkin of not trying or not caring because it’s simply not in their DNA to just not compete. They’re elite-level athletes in the best hockey league on Earth, you don’t get there by not being a competitor.

However, didn’t it just feel like those two had that sense only elite NHL players have?

That kind of body language and feeling of, “This team can do it.”

This Penguins team just had a feeling, man.

Unfortunately, this is where we are on what was supposed to be day one of the best tournament in sports. It’s where we need to be.

The novel coronavirus, COVID-19, is a unique challenge for all of us as people. I’m not breaking any new ground saying that, but it sure as hell hurts knowing that what has become as consistent as spring in Pittsburgh won’t be here this year.

I can’t promise you everything will be the same after this.

I can’t tell you that we’ll be back to normal tomorrow, next week, next month, or even next year.

Here’s what I can tell you – just like the Penguins have been for 50+ years and just as we have for 10+ years, in some way shape or form, we’ll be here for you.

I know in an age of immediacy, it sucks that there won’t be Stanley Cup Playoffs that start in April and end in June. I know we’re all going through this and experiencing every kind of pain from physical, to emotional, and from financial and psychological.

What I do know is that in this moment, we need one another just like we need sports.

A way to keep us together. To keep us looking forward and to keep us supporting one another.

We’re going to come out of this one way or another and when we do, we can get back to yelling about Jack Johnson.

Until then, take care of yourself, your loved ones, your friends, and those that may not have the ability to take care of themselves.

See you at center ice.