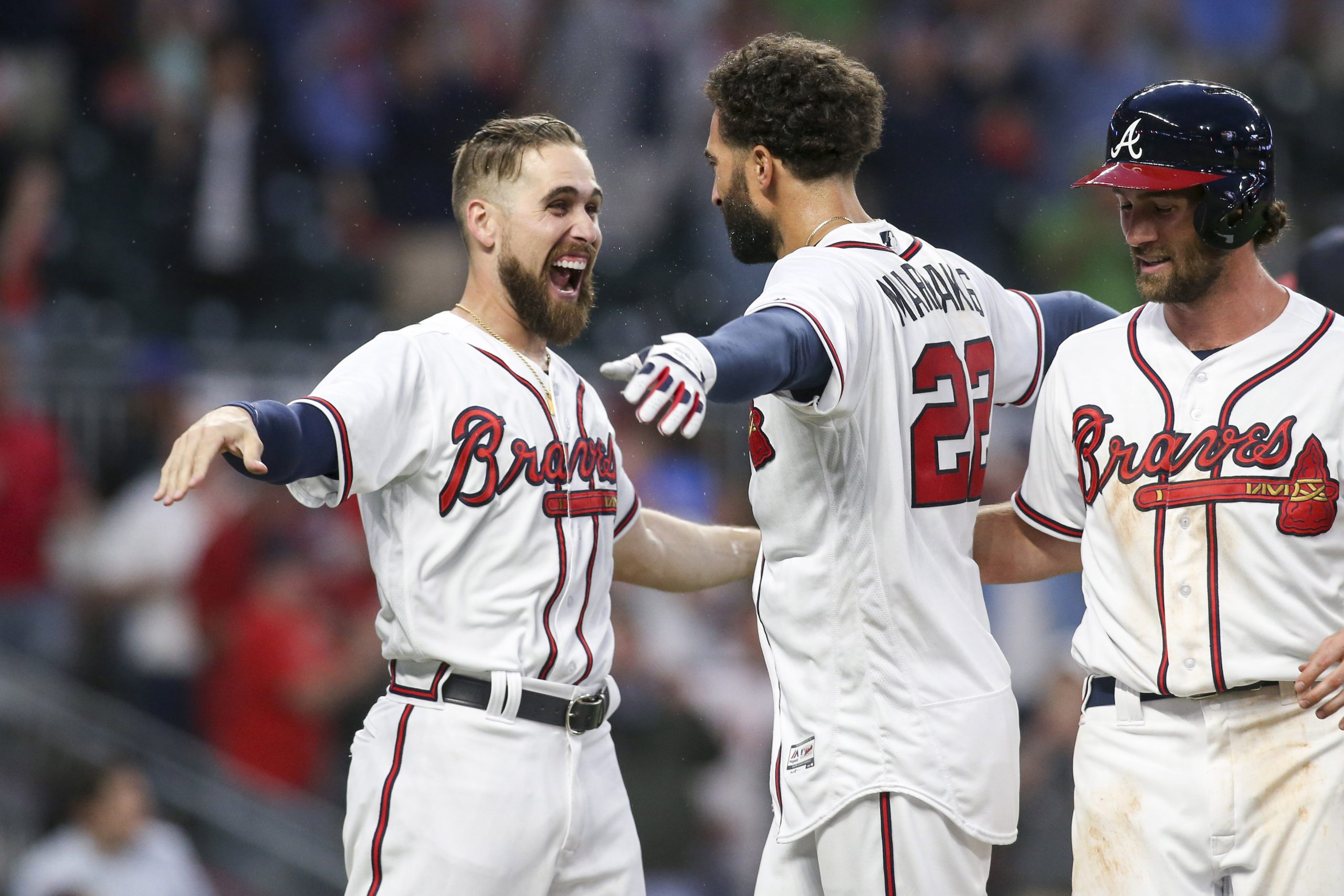 If you can’t be excited today, stop reading.

Wait, why did you continue? Seriously, why are you reading a baseball blog, let alone one devoted to the Atlanta Braves? You clearly are not a baseball fan and this blog just isn’t the right place for you. Go read about something else or better yet, check your pulse and see if you’re even alive.

But if you are excited about today, then let’s get crazy. It’s opening day!

Sorry. It’s early in the morning and I haven’t woken up yet. Let’s try this again.

Right now, the Atlanta Braves are tied for first place. At this moment, the Braves have a chance to break all kinds of records. They could literally go 173-0 and you can’t say that’s not possible right now because I am looking at their record and it’s absolutely mathematically a possibility.

Oh, sure, you negative so-and-so, they won’t go 173-0 and make the baseball world bend a knee. But man, anything is possible right now. Even in Miami, Marlins fans (all three of them) are saying this morning that, “crazier things have happened before. Maybe we can shock the world?”

I mean, they won’t, but it’s opening day and like voting for Pedro, all of our wildest dreams could come true.

I know I talk mostly about stats, Braves history, prospects, and all those usual things bloggers like myself spend far too much of our time talking about. And we absolutely will do that at Walk-Off Walk. We’ll talk about if Dansby Swanson’s spring success translates into regular season results. Is Nick Markakis’s quality-of-contact on par with where it was during the first half of 2018 when he hit his way into the All-Star Game? What’s the spin rate on Max Fried’s curveball compared to some of the nastiest curves in the league? What percentage of pitches by Sean Newcomb are classified in the strikezone compared to last year? Is Arodys Vizcaino’s velocity holding steady? How’s William Contreras doing in the minors? Is Drew Waters’s walk-rate showing progression? How about Cristian Pache’s? And is Ian Anderson ready for the majors right now?

What? Anything is possible today. And that’s what makes today so awesome.

But before I go, I will give you a few stats. After all, it’s what I do.

Since 1908, the Braves – as a franchise – are 48-62 on opening day. Things have been a bit better in more recent times. Since 1991, Atlanta has a record of 17-10 on the first day of the season. Keep in mind that any of the stats to follow are since 1908. Today, Julio Teheran makes his sixth consecutive opening day start. Only Warren Spahn from 1957 to 1962 accomplished that in franchise history. Only Spahn, Phil Niekro, and Greg Maddux have more opening day starts overall.

The first lineup has yet to be released, but should it include Brian McCann, he will pass Javy Lopez for second-most opening day starts in Braves history as a catcher. Only Del Crandall currently has more with 10 nods behind the plate – three more than McCann and Lopez. Freddie Freeman will certainly be in the opening day lineup. He’ll pass Joe Adcock for more opening day starts at first base. On the flip side, Josh Donaldson will be the sixth different opening day starter at third base since Chipper Jones last appeared on opening day back in 2011.

Left field has seen even more change than third base. Since Jones made three consecutive opening day starts in left from 2002 to 2004, eleven different players have started in left field with only three (Justin Upton, Ryan Langerhans, and Matt Diaz) getting a pair of opening day starts mixed in there. Ronald Acuña Jr. will be the 12th. He might stick around for awhile, though.

Nick Markakis makes his fifth consecutive opening day start. It’ll tie him with Jason Heyward and Claudell Washington for third most starts in right field on the season’s first day. The only two with more are David Justice with six and some guy named Henry Aaron with 16.

Since 1908, the Braves have had four four-hit games on opening day – most recently by Fred McGriff in 1995 against the Giants. McGriff also hit two homers that day, one of four Braves to have a multi-homer game on opening day. Edgar Renteria did it most recently back in 2007 and Joe Torre and Eddie Mathews each did it twice. Four players have stolen two bases on opening day with the franchise, including Herbie Moran, Johnny Evers, Billy Southworth, and – most recently – Marquis Grissom in 1996.

The most innings thrown on opening day – Tony Cloninger. Guy went 13 in a losing effort during the franchise’s first game in Atlanta in front of 50,671 fans. His 12 strikeouts are also a franchise-best for opening day. For a non-extra-innings high on strikeouts, we go back to 1992, when Tom Glavine K’d nine on opening day. George Mogridge also struck out nine on opening day, though interestingly enough, his total came after Bob Smith had been removed after two innings.

There have been eight shutouts on opening day including Rick Mahler doing the trick three different times. Glavine’s gem in 1992 is the last shutout thrown on opening day by a Brave. The Braves haven’t had a complete game effort on opening day since John Smoltz in 1997.

Oh. And since 2000, the Braves have opened with the Phillies five times.

Let’s get this season going!