It’s Not Time To Panic, Cubs Fans… Yet 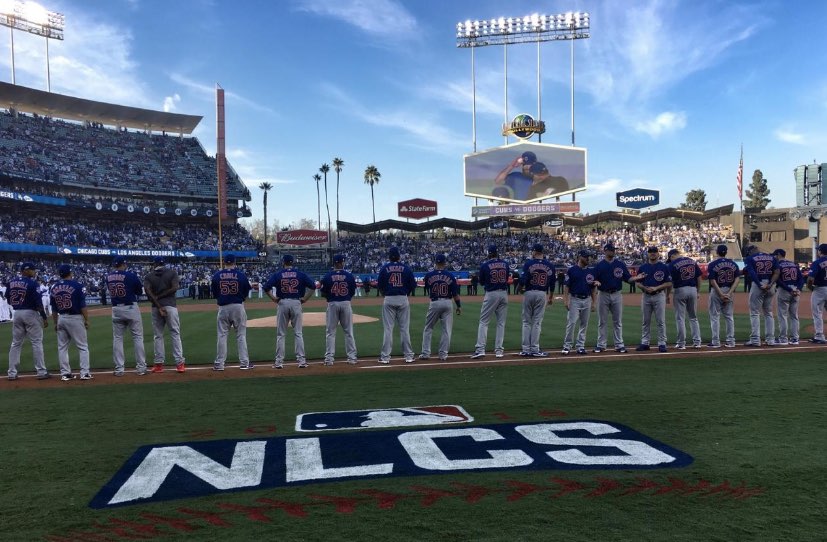 The Dodgers beat the Cubs 6-0 on Tuesday night to take a 2-1 NLCS lead.

Shutout for the first time in back-to-back games since May of 2014, the Cubs offense has gone cold at the worst possible time. They are wounded.

As little as Cardinals fans like to admit it – the Cubs didn’t have much competition in the NL Central this season.

Up until the NLDS, the Cubs hadn’t really played a meaningful game in months. With a 13 to 17 game lead at any given point over the division most of the second half, it was easy breezy baseball this summer in Chicago. A win? Party! A loss? Party!

Heading into GM4 the Cubs start the veteran bulldog John Lackey against Julio Urias – the youngest player to ever start an NLCS game (20 years/2 months). This game is the reason that Lackey is on the Cubs. Win and they’re in really good shape to move on to the World Series (Lester in GM5, at least 1 more game in Wrigley where they’re tough to beat, et al).

Whooo doggy. The screws will be really tight. And the pressure will be something that this young team has yet to really experience this season (or ever, really).

If you’re a Cubs fan, it’s not time to panic.