It’s Time for MLB to Expand to Las Vegas 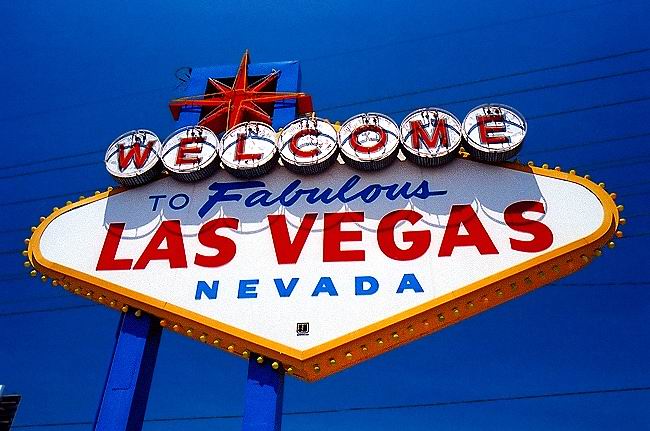 In a stunning 6-3 decision, the U.S. Supreme Court struck down a federal law banning states from legalizing sports betting. The decision in Murphy v. NCAA clears the way for many states to legalize and regulate the estimated $150 billion annual sports betting industry (including legal and illegal gambling). Many states are expected to rush into the process of legalizing this industry to tax a mostly underground and offshore industry (it is estimated that only about 3% of all sports bets are placed in Las Vegas).

Normally, AngelsWin.com fans would say “great, but why are you talking about this on a baseball website?”. Well, this has everything to do with baseball, and in particular, with the Angels.

Under the current baseball schedule, travel is a major factor and affects teams differently. Some teams, such as the Angels, have years in which they put on close to 50,000 miles in travel to complete the season. Other teams put on less than half of that. The difference in travel has become a factor in how well teams perform, and has led to many changes such as afternoon “getaway” days that affect attendance. Owners and players would rather have a greater chance to win a game and play in front of a smaller crowd than to do the opposite.

This needs to stop. Baseball needs to realign the divisions and teams to remove travel as a competitive advantage for some teams and disadvantage for others. It has become a true disadvantage for teams in the American League West, almost all of whom tend to log the most, or nearly the most miles in a given season. Constantly rushing to and from airports, late night arrivals, hotel transfers, time zone changes, etc. takes a toll on a player. It can and does affect the outcome of games. It can and does affect the overall standings throughout a season.

At the same time, baseball needs to expand to 32 teams to make scheduling far easier and to make an 8-division format equal for all teams. The question, though, has always been where can baseball expand? It’s fairly clear that any realignment and expansion team would have to be located in a western city and state.

For a while, Portland has been long suggested as one destination. But, as a fan, I am very skeptical of how well Portland can sustain a Major League team. And the last thing baseball needs is another struggling or failing team with low attendance.

It’s not as if Portland hasn’t had a a baseball team. Several times, Minor League baseball has expanded to or located a team in Portland during its history. In one of its most recent attempts, the Pacific Coast League allowed a team to relocate to Portland from 2000. It lasted until 2010. During that time, the team typically finished in the bottom half of league attendance and struggled to survive economically. After the 2010 season, the Portland AAA team was sold and relocated.

So, if Portland isn’t the answer, where in the west could MLB expand? My answer is Las Vegas.

Think about it, millions of Americans from all over the country go to Las Vegas every year. There already are plenty of reasons to do so. The city has the hotel and food accommodations to handle any influx of fans. All it needs is an indoor stadium or one with a retractable roof if the owners and fans would prefer. It’s not as if such a stadium hasn’t been built or that it’s too difficult to build a site located near the city.

Imagine for fans, if in addition to all the other fun things to do in Vegas, they could also go to see a series with their favorite baseball team? How much of a draw would that be? Imagine a weekend series with the Angels or Dodgers. How many of us would make that drive or catch that flight in order to watch our team? Las Vegas has often struggled with family friendly events and entertainment ideas, but what is more family friendly than baseball? The advertising and commercials write themselves . . . Come to Vegas to catch a game  with [insert team name] and enjoy so much more.

The argument against putting a Major League team in Las Vegas has always been that the risk of gambling was too great for the players and coaches in Las Vegas to expand there. Baseball does not like gambling, or even the appearance of gambling on the sport, especially by the players. Pete Rose serves as a good reminder about that.

But, that’s where this recent Supreme Court comes into play. If states can (and in all likelihood will) legalize sports betting to increase tax revenue, then how will they be any different than Las Vegas? Again, according to sources, only about $4.8 billion out of an estimated $150 billion in total sports bets were placed legally in Las Vegas (the rest were bet illegally). And, according to sources, as many as 32 states are prepared to legalize sports betting.

With that many states vying to legalize sports betting, it will affect Major League Baseball whether MLB wants it or not. Some of the biggest states, such as New York, California, and Illinois have large budget issues that could be eased by a new source of revenue such as sports gambling. Politically, it’s a lot easier to legalize gambling under the guise of solving the budget crunch rather than raising taxes elsewhere or cutting services.

If states start legalizing sports betting, MLB will have an interesting decision: abandon teams like the Yankees, Mets, Cubs, Dodgers, Angels, Giants, etc. to maintain the separation between legalized gambling or develop new ways to deal with the perceived threat to their business. My guess is that there is no way that MLB will abandon those franchises, so, it will have to develop a plan and guideline for how to handle the perceived threat of legalized gambling that would deal with it in any state and under any scenario.

So if MLB (along with all the other sports leagues) will have to develop a guideline to handle legalized gambling, shouldn’t that cover them for a team in Las Vegas? It’s not as if Las Vegas has more organized crime than New York or Chicago. And, with only about 3% of all sports bets placed in Las Vegas, it means that 97% is currently happening, and most likely will continue to happen, elsewhere. That means that other players and teams are far more likely to fall pray to the negative influences of gambling in other places than Las Vegas. Why should MLB abandon Las Vegas to the NFL, which is already planning on relocating a team to the region?

In a separate piece, I will outline my ideas on how to radically realign baseball and balance the schedule. But, one big factor in my plan is placing a team in Las Vegas. With the ruling in Murphy v. NCAA, I believe that becomes a far more likely scenario.

Let’s hear from you, the fans. Would you want a team located in Las Vegas? How many of you would plan a trip to Las Vegas to coincide with a homestand with your favorite team playing there?