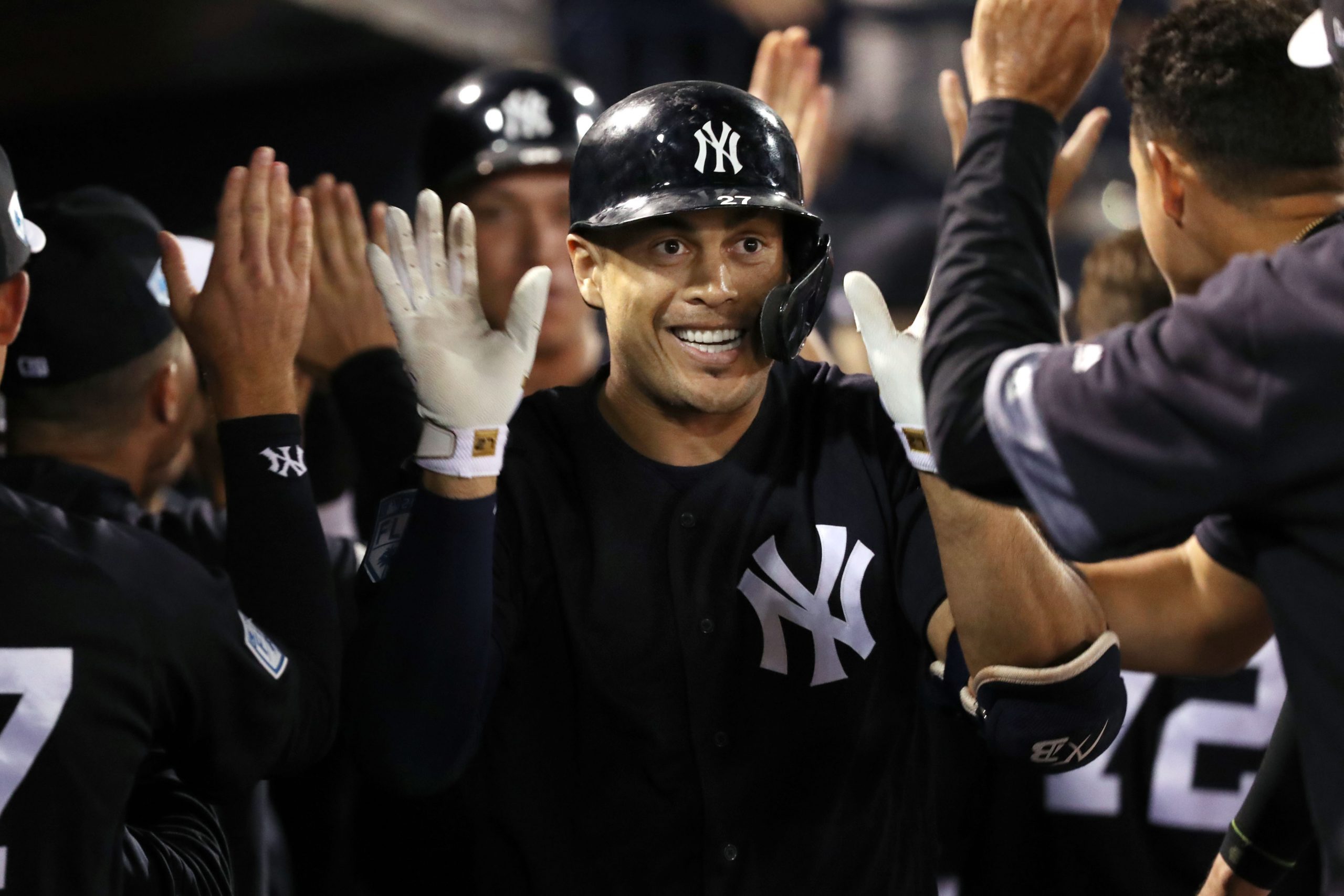 Greetings. I haven’t squawked in a long time. Been busy with real-world stuff — I ran three marathons in seven weeks last fall, and am training for the Vermont City Marathon on May 26. But I’m looking forward to this Yankee season, after the crummy way last season ended against the Red Sox.

To that end, click here to read my thoughts on the Yankees’ offseason and my 2019 predictions. I participated in the annual Playing Pepper roundtable with other Yankee fans talking about these things.  I also wrote about how I was bummed the Yankees didn’t make a big splash in the offseason, and how I have high hopes for Giancarlo Stanton. I think his second season with the Yankees will be like how 2005 was an MVP season for Alex Rodriguez, his second year with the team. I also wrote about how I’m looking forward to seeing Aaron Judge build on his career this season as well.

I have Stanton (and Mookie Betts!) on my MLB fantasy team this year, as well as Luis Severino, Robinson Cano, and David Price. (Yeah, yeah, I know nobody cares about my fantasy team. So sue me!)

I also can’t wait to read Inside the Empire: The True Power Behind the New York Yankees, the new book by Bob Klapisch and Paul Solotaroff. The New York Post had a juicy excerpt last week about the Yankees trading with Derek Jeter for Stanton, and how he and Brian Cashman have been frenemies for a long time. The excerpt references something I talked about in my Playing Pepper piece — how Cashman brought up Troy Tulowitzki (now a Yankee!) in contract negotiations with Jeter.

The Post excerpt got a lot of buzz because it showed Saint Derek Jeter looking like a bit of a diva. (Shocking, I know!) And there’s no love lost between him and Stanton. I do think it’s funny that Jeter was so much about Re2pect and yet he completely disrespected Stanton, but I digress!

I also heard Klapisch and Solotaroff on Michael Kay’s radio show last week. They talked about how they had a lot of inside access for the book, including how Randy Levine (!) was very thoughtful and insightful. I am very curious to see the book in full!

Let’s go Yankees!  We finally have meaningful baseball games.  We also have Met games, so here’s my shoutout to Squawker Jon!