It’s time to keep Oskar Sundqvist on the bench 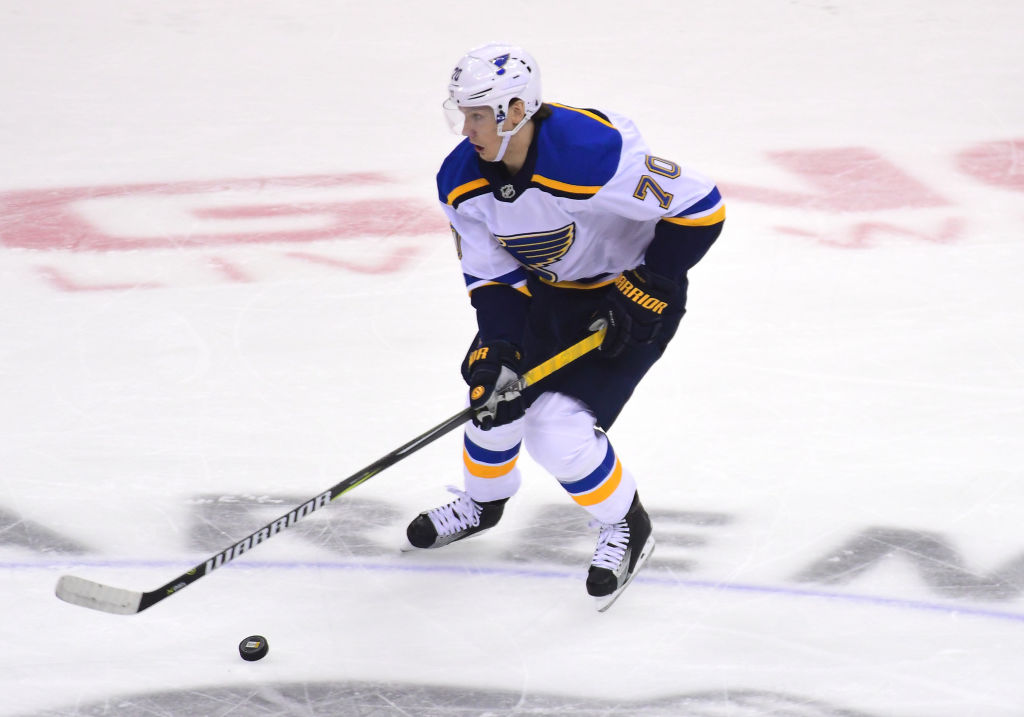 Sometimes I feel I’m a bit too critical of the St. Louis Blues. It’s easier to write (OK, complain) about the things the team isn’t doing well than it is to praise all of the highlights. The Blues have jumped out to a surprising start, and that takes a huge amount of both skill and luck. I’m overjoyed – and shocked – by the team’s current record.

However, there’s always room to improve and there are always things to work on.

For the Blues, one big area they could improve is their third line. Injuries have transformed what should have been a pretty solid group into a line of weakness. What can the team do to change things up? Benching Oskar Sundqvist – and keeping him benched for a bit – would be a good place to start.

Sundqvist arrived in the Ryan Reaves trade with the Pittsburgh Penguins, but he was mostly overlooked after the team grabbed Klim Kostin with the pick they landed in the trade. Sundqvist only played in 18 games with the Penguins which left his overall identity a bit of a mystery.

In camp, the Blues didn’t have much of a choice with some of their roster decisions thanks to all of their injuries. Sundqvist earned a spot at center and was hopefully going to hold things down until the regular faces could return.

Unfortunately, things haven’t gone well. The third line has been pretty quiet and Sundqvist is an ideal candidate to replace with his rather disappointing play and struggles in the faceoff circle.

In four games, Sundqvist has won just 17 of the 50 draws he has taken. That’s a 34% success rate. Faceoffs have been a tough spot for the Blues, with three of their four main centers holding percentages below 50%. Sundqvist also has just five shots and is a (-3). Plus/minus isn’t a great stat, but it does accurately portray the issues that Sundqvist, Magnus Paajarvi (-3) and Tage Thompson (-3) have had this season.

Sundqvist’s size was supposed to be a helpful addition for the Blues (he’s 6’3″), but so far he has played well below that size. It feels similar to how Patrik Berglund will often play, failing to make the most of his large frame.

It’s difficult to make an argument for Sundqvist to play at this time. The Blues may be short on options and are always struggling to find help at center, but he’s been more of a liability than an asset.