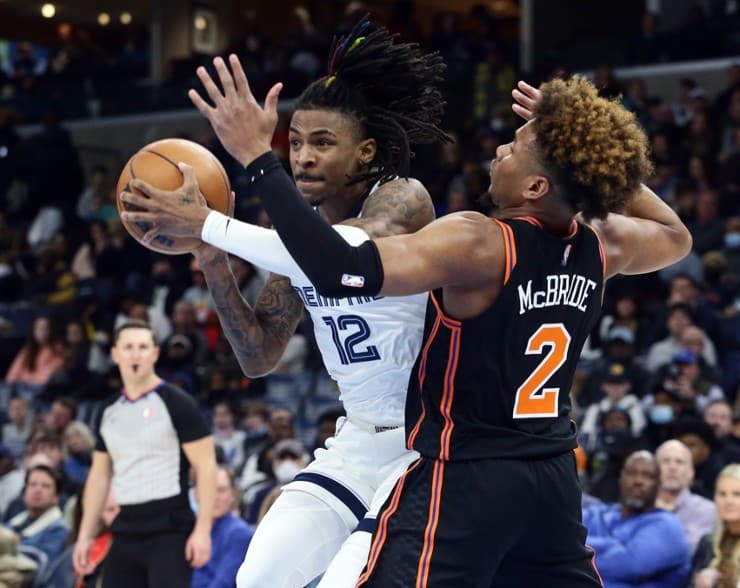 Ja Morant is signing a five-year, $193 million max extension with the Grizzlies. According to ESPN’s Adrian Wojnarowski, the rookie maximum extension deal could become worth as much as $231 million. Jim Tanner, Morant’s agent, wasted no time reporting this added bonus.

More importantly, if Morant receives another All-NBA honor or wins MVP next season, his total will increase to $231 million. After having a career year, NBA analysts are finally admitting that the fourth-year player is worth a maximum contract.

Other NBA betting picks, news, sports betting content and rumors are under the tab above.

During the 2022 NBA Playoffs, in the first round, the All-Star recorded the Grizzlies’ first postseason triple-double in franchise history. In Game 3 versus the Timberwolves, he finished with 16 points, 10 assists and 10 rebounds in his team’s 104-95 victory.

The NBA’s Most Improved Player is worth the max contract

In the second round, Morant scored a playoff career-high 47 points in the Grizzlies’ 106-101 win in Game 2 against the Warriors. The guard became only the third player in NBA history to have multiple 45-point games in the playoffs before turning 23 years old. He joined Kobe Bryant and LeBron James.

Additionally, the guard missed time last season after dealing with knee injuries. In the Warriors’ 142-112 blowout win over the Grizzlies in Game 3 of the conference semifinals, Morant suffered a knee injury at the worst possible time. He ended up sitting out for the remainder of the series.

Morant has improved every year of his NBA playing career. The guard even placed seventh in final MVP voting this past season. The South Carolina native received one fourth-place vote and seven fifth-place votes. He turns 23 years old next month. Other articles related to Ja Morant are on the main page.