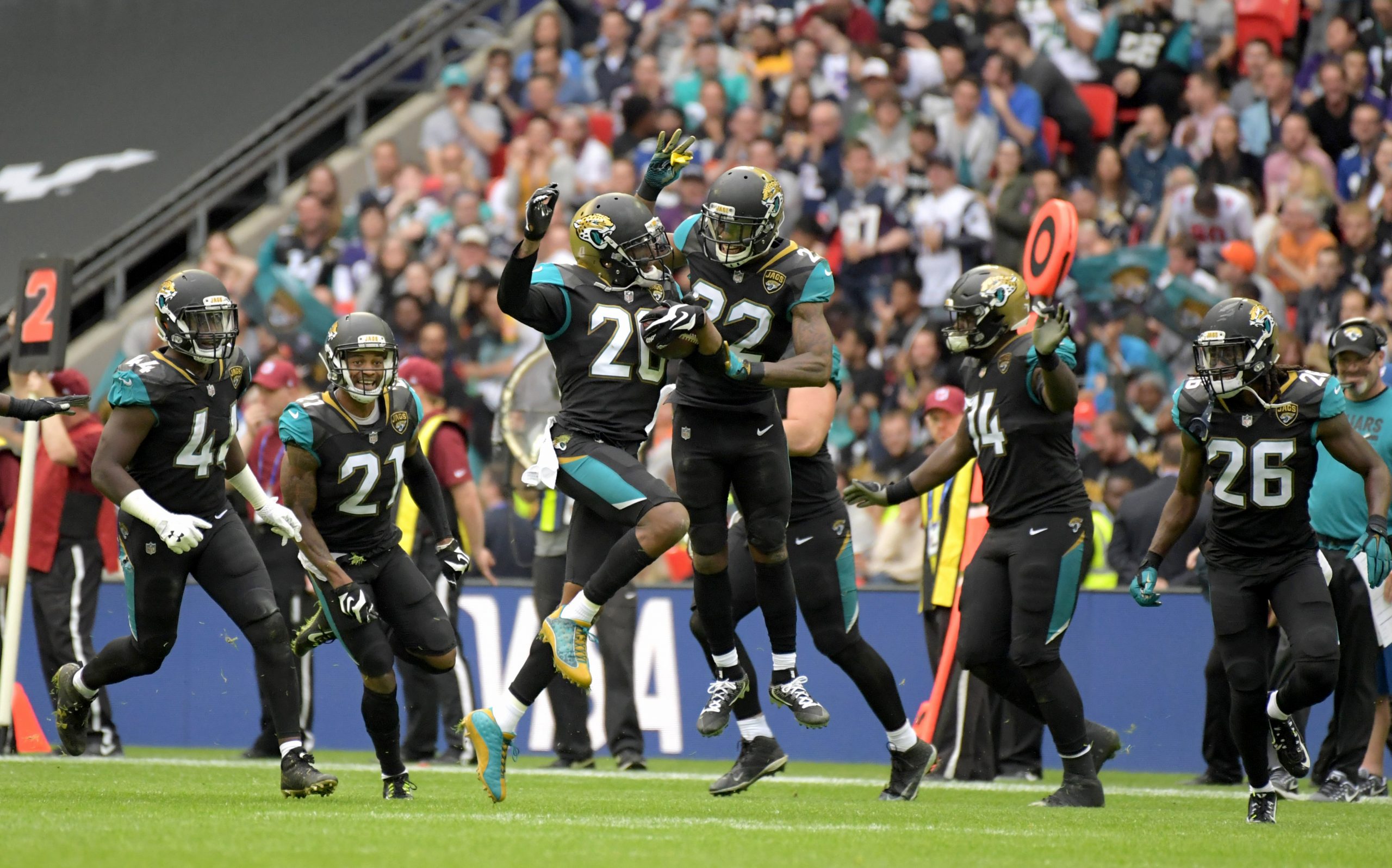 It wasn’t a perfect game for young Trevor Lawrence, but it was his best ever so far in his NFL career.

Of course, on Lawrence’s winning drive, Marvin Jones’ shin-dragging touchdown catch will go down as one of the more memorable plays in Jacksonville Jaguars history. Zay Jones‘ 2-point conversion could be up there, too.

Trevor Lawrence connected with the Jones duo on back-to-back plays in the waning seconds for the most epic comeback in franchise lore, a 28-27 victory over Baltimore that wasn’t sealed until Justin Tucker just missed (short) a 67-yard field goal.

“We’ve been on the wrong side of these a lot,” Lawrence said. “To win games like this, it’s awesome. Nothing like it.”

Few could have seen this one coming.  Not when Lamar Jackson put the Ravens up 27-20 with 2:02 to play and left the Jaguars needing a 75-yard drive (with no timeouts) against one of the league’s stingiest defenses. Not when Lawrence and Co. were facing a third-and-21 play on the ensuing possession. And not when the best kicker in the league, arguably in NFL history, lined up to attempt a kick a few yards shorter than what he made in pregame warmups.

“The fact that we had a chance and I didn’t deliver, it’s heartbreaking to me at this point, especially when it’s a kick that I know I have the ability to make,” Tucker said.

As Tucker’s kick came up a few yards shy of the crossbar, Jacksonville players poured onto the field — and into the stands — to celebrate. It was the franchise’s first win when trailing by seven or more points in the final minute of regulation. The Jaguars (4-7) had been 0-183 in those situations before Sunday.

Lamar Jackson put the Ravens (7-4) ahead with a 12-yard TD pass to Josh OIiver and a 2-point conversion to Mark Andrews, a drive that also included a 62-yard completion to veteran DeSean Jackson.

But Lawrence answered in a game that featured 26 points and several momentum swings in the final 6 minutes. His biggest throw may have been the one to Christian Kirk on a third-and-21 play. Or the next one to Marvin Jones on fourth down.

Jaguars coach Doug Pederson was already thinking about going for 2 if his team scored. Players pushed for it after officials reviewed Marvin Jones’ very close, if not questionable, touchdown catch in which he only got one foot and part of his shin down.

“I was pretty confident the whole way,” Jones said. “It’s easy to have that shin control when you have skinny legs.”

Still, the final moments were anxious on Jacksonville’s sideline.

The Jaguars called for a hard squib kick after taking the lead, but it gave Baltimore the ball at the 39-yard line. Jackson completed a 12-yard pass to Oliver to get the team in Tucker’s range.

Tucker, who made four field goals in the game and connected from 70 yards in warmups, came up shy of the crossbar on his attempt to break by 1 yard his own record for the longest field goal in NFL history.

“When they cross the 50, you can bank on three points,” Pederson said. “And that ball felt like it was up there for a long time. Just happy it was on our end.”

Lawrence completed 29 of 37 passes for 321 yards and three touchdowns. His 129.8 passer rating was the best of any quarterback in franchise history with as many passing attempts. He messed up on a couple of plays, but he more than made up for it.  The dude can spin the ball under pressure.  He outplayed Lamar. 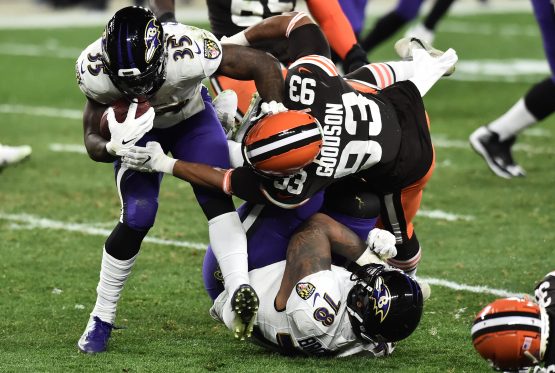 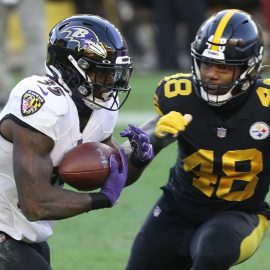 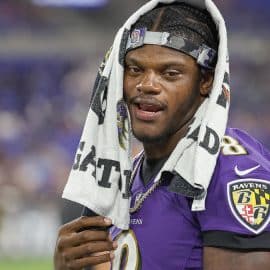 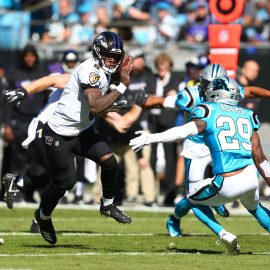 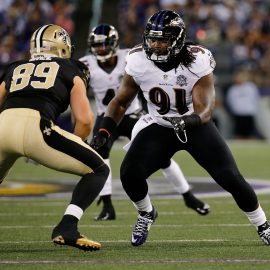 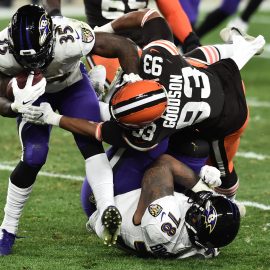