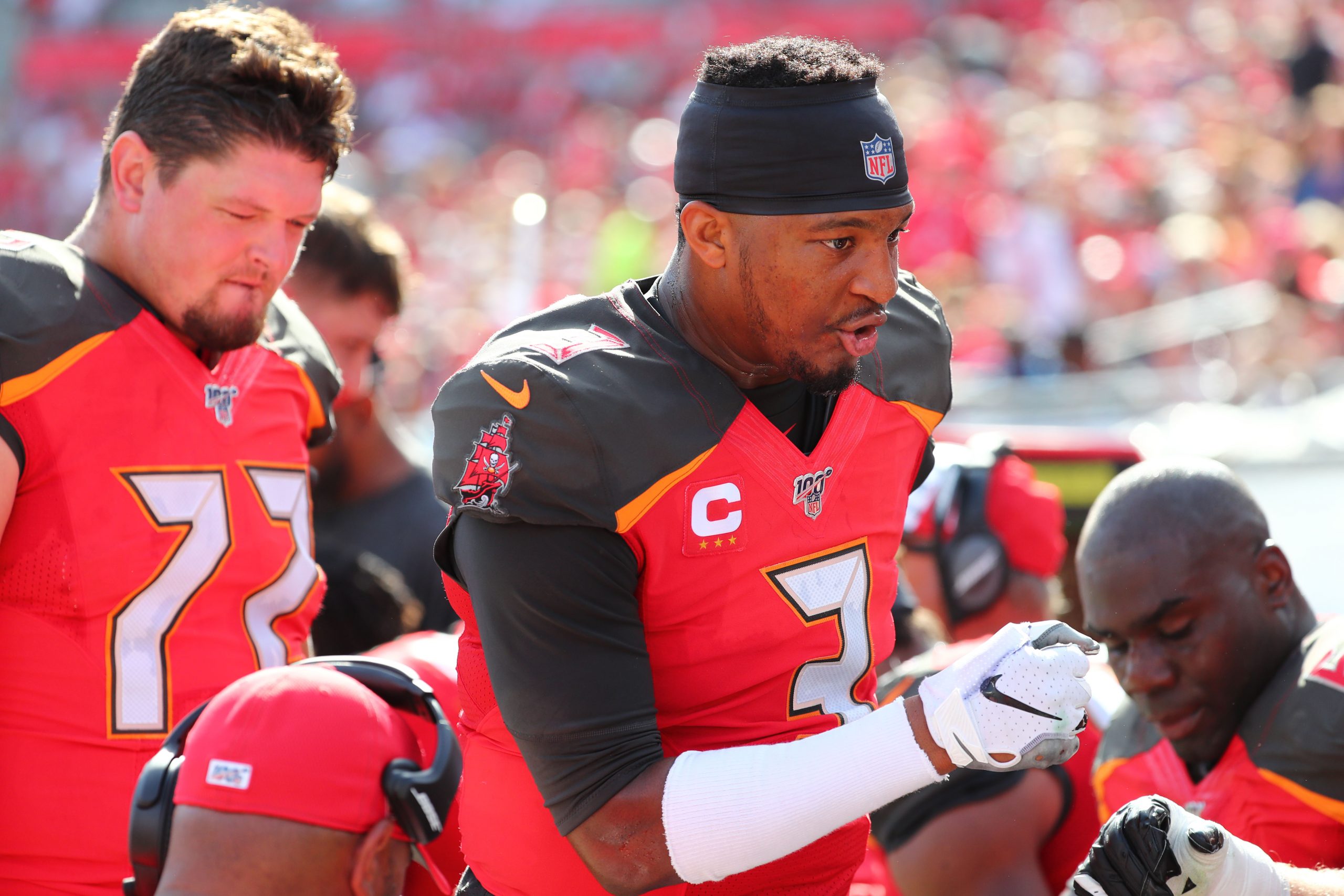 Jameis Winston my have been a starting quarterback for the first five years of his NFL career, but he isn’t one anymore.

It’s been quite a fall from grace from the former No. 1 overall pick, as he went from being his former team’s vocal leader, to backing up a veteran quarterback, signing with one of the Bucs’ division rivals.

But he still doesn’t lack confidence in his abilities.

Winston may have been the first quarterback in NFL history to throw 30 touchdowns and 30 interceptions in the same season, but he still believes he’s capable of being a starting quarterback in the NFL. Not only that, he told Bleacher Report he’s better than many other signal-callers.

“Do I feel like I’m better than a lot of starting quarterbacks in this league? I do,” Winston said. “But God has a plan that I haven’t even thought of yet.”

“I know what I’m worth,” Winston said. “And I know day in and day out, without publicly coming in and saying it, that historically I’m one of the best quarterbacks to play the game.”

His one-year, $1.1 million deal indicates that the market feels otherwise.