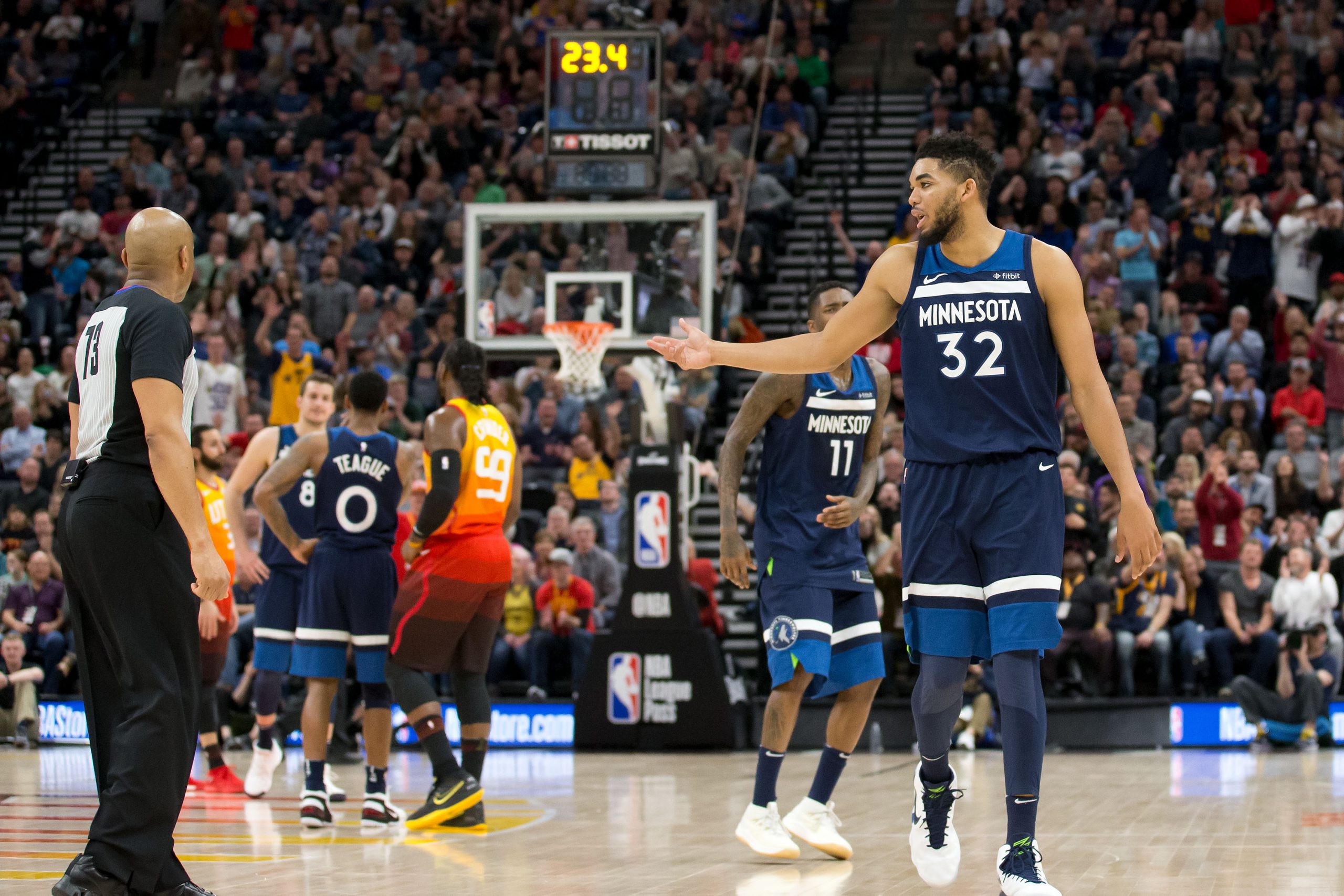 Seven straight points for Jeff Teague to give the Wolves some momentum! https://t.co/8lLmceBXUy

KAT and Teague declined to talk after game, Thibs measured his words carefully and Taj Gibson was chatty and seemed energized about a game in which 3 players were ejected, 5 techinals & one flagrant 2 was called

Taj Gibson: "We were fighting. This is playoff basketball" pic.twitter.com/yrdwCVCHpe

#WolvesFastbreak: Despite the ejections of Karl-Anthony Towns and Jeff Teague, the #Twolves showed a lot of fight in Utah pic.twitter.com/fnEfPVdCpx

Ok so to sum things up:

hahahah what is happening

Just two weeks ago the Wolves had a 99% probability of making the playoffs..Things change fast. If they can't find a way to get some upsets in tough stretch I wonder what % will be after Clippers game.

Yes, the Timberwolves next five games are tough. After that the Wolves have 11 games to close the season and they realistically should only lose 1.5 of those 11 games. They'll be fine, people.

Wolves, quite frankly, really needed this win. Utah was the 'easy' game of this stretch. 4 days off then Celtics, Ws, Wizards, Spurs and Rox. Pels, Nuggets, Jazz and Clips all with soft schedules during that time. Wolves may legit be out of the playoff bracket on the 18th….😰

If Jimmy Butler isn't back before the regular seasons end, I'm at about 85% confidence that the Wolves miss the playoffs. Bout to drop 8 games in a row.