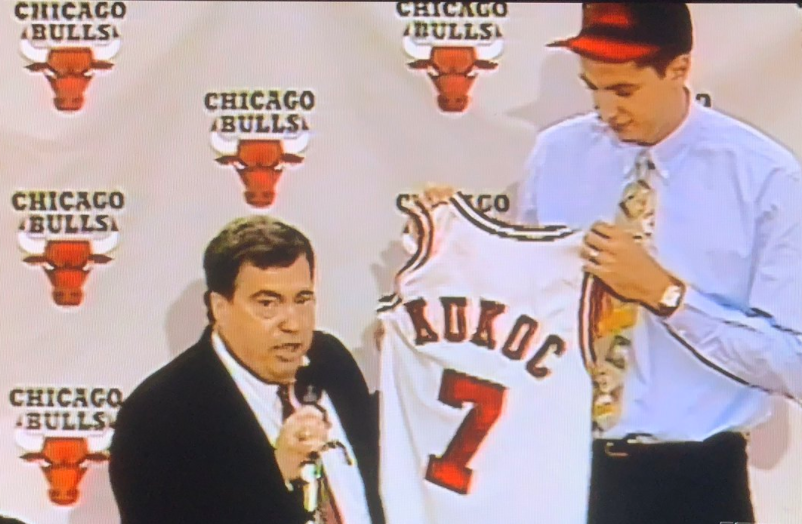 The ’90s Bulls teams were one of the greatest dynasties in all of sports, but their dominance left fans with wondering if there was a bit left on the table, even though they won six NBA championships.

Michael Jordan, after all, chose to retire twice in the same decade,  so maybe had he not done so the first time, electing to play baseball instead, it’s fair to wonder if the team could’ve won at least one more title. And had he not called it quits in 1998 — until to later return to play for the Wizards — it’s crazy to think how dominant the team could’ve been.

But it wasn’t to be, as MJ retired after the team won its sixth title, and the front office — namely general manager Jerry Krause — blew up the team. Head coach Phil Jackson left the team, mainly due to Krause, and Pippen was traded to the Rockets.

There’s been a lot of heat for Krause during the airing of “The Last Dance,” given how he managed the roster, and since he’s passed away, we won’t be able to get his thought process behind some of the decisions he made. But he did once share some thoughts about blowing up the roster after the 1998 season, in an unpublished memoir, which NBC Sports Chicago’s KC Johnson obtained.

Here’s an excerpt of it:

“Could we get Phil to coach without a proven center, power forward, probably Pippen, a basically new bench, and crazy expectations that ‘in Michael, we trust’ can win without help?” Krause wrote. “Not a chance.”

Interesting. That does make sense.