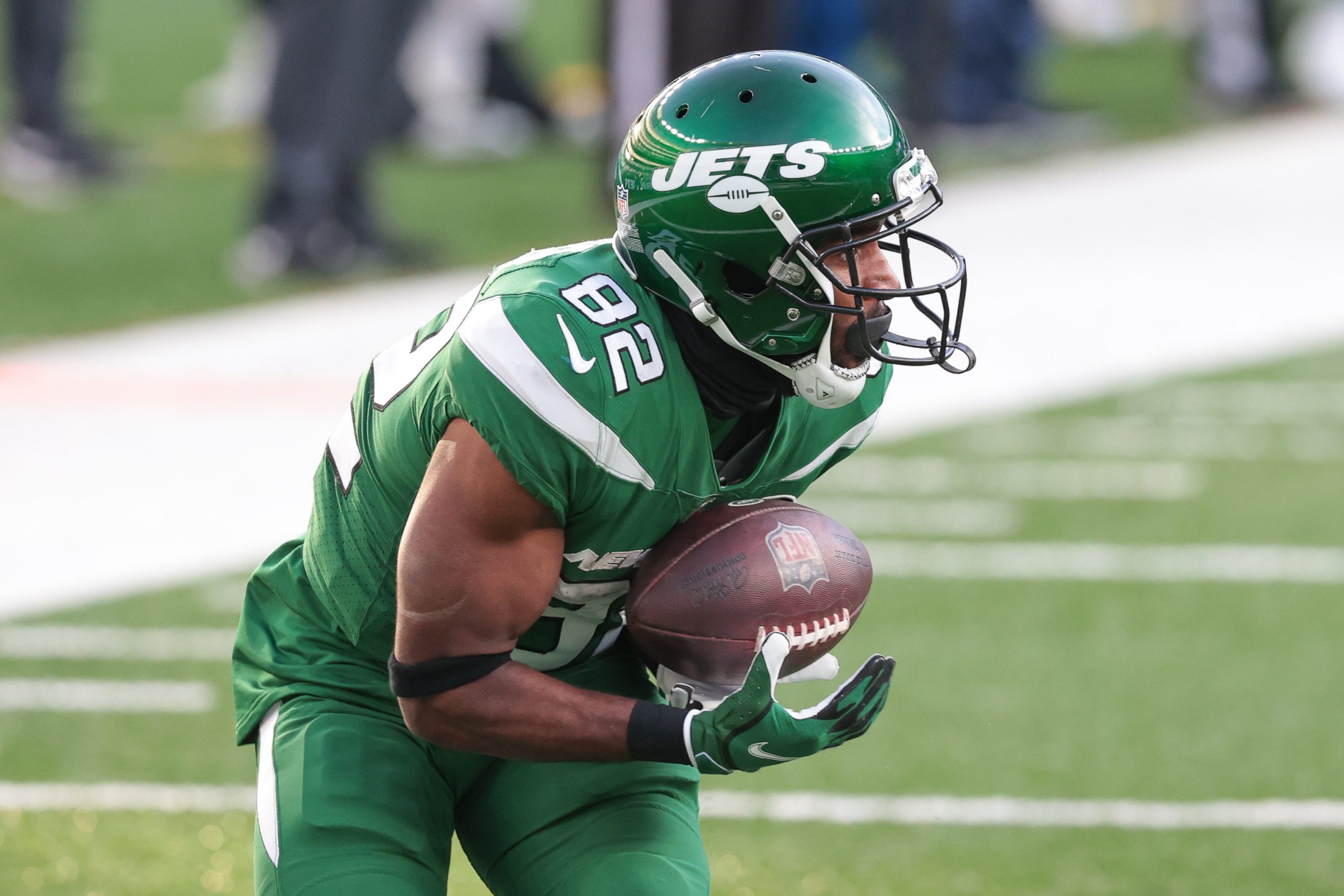 Jamison Crowder has been the Jets’ No. 1 receiver over the past two seasons, but his inability to stay on the field apparently has them reassessing his value.

Crowder has played a full 16-game season only once over the past four years, and he also seems to have lost a bit of the short-area quickness that once made him a dynamic receiver. Take out a 69-yard reception last season, as it was a bit of an outlier, and he averaged roughly 10 yards per catch.

His 699-yard campaign, in 12 games last season, was OK, but it’s not emblematic of the the production we usually see from a team’s top receiver. And apparently, the Jets are looking to adjust Crowder’s pay to mirror his numbers.

Crowder is entering the final year of his deal, and is set to earn roughly $11.3 million. The Jets are hoping it will be a bit less, apparently. ESPN’s Rich Cimini reported that the Jets are trying to get Crowder to take a 50 percent pay cut on his $10 million base pay.

It’s important to point out that Crowder skipped OTAs, in search of a new deal, so this piece of news makes the situation even more interesting.