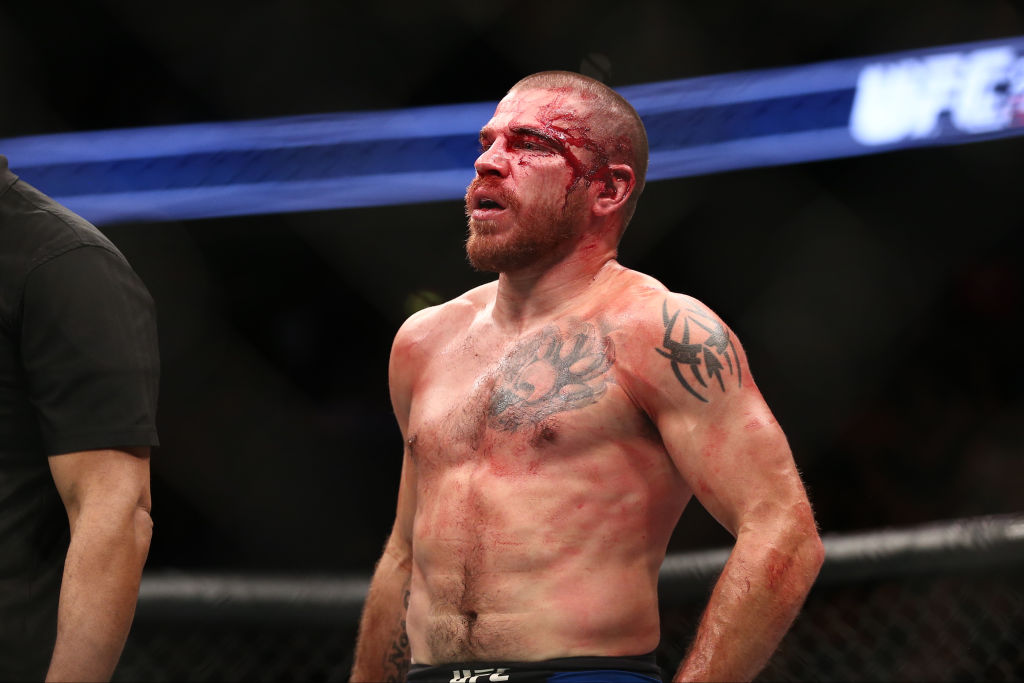 – solid in all aspects of the sport
– very experienced – 30+ fights in the UFC
– above average reach
– a BJJ ace
– excellent with submissions – majority of wins come via tap out
– versatile with his submissions (chokes, kneebars, armbars)
– very good at passing guard
– extremely active on the ground looking for submissions
– finishes fights
– good cardio
– extremely tough
– solid striking defense
– next to impossible to finish (finished four times in career)
– solid chin
– grinds out wins
– can be very dangerous on his feet

– loses when he fights the very elite fighters
– very inaccurate striker
– poor success rate for his takedowns & defending opponent’s takedowns
– gets hit almost as often as he lands strikes
– not much knockout power
– is a very good fighter, but hasn’t shown that he is elite
– starting to pile up the mileage/age on his body
– best days are probably behind him

You don’t find many fighters as tough, gritty, and all-around solid as Jim Miller.  But his best days appear to be in the rearview.