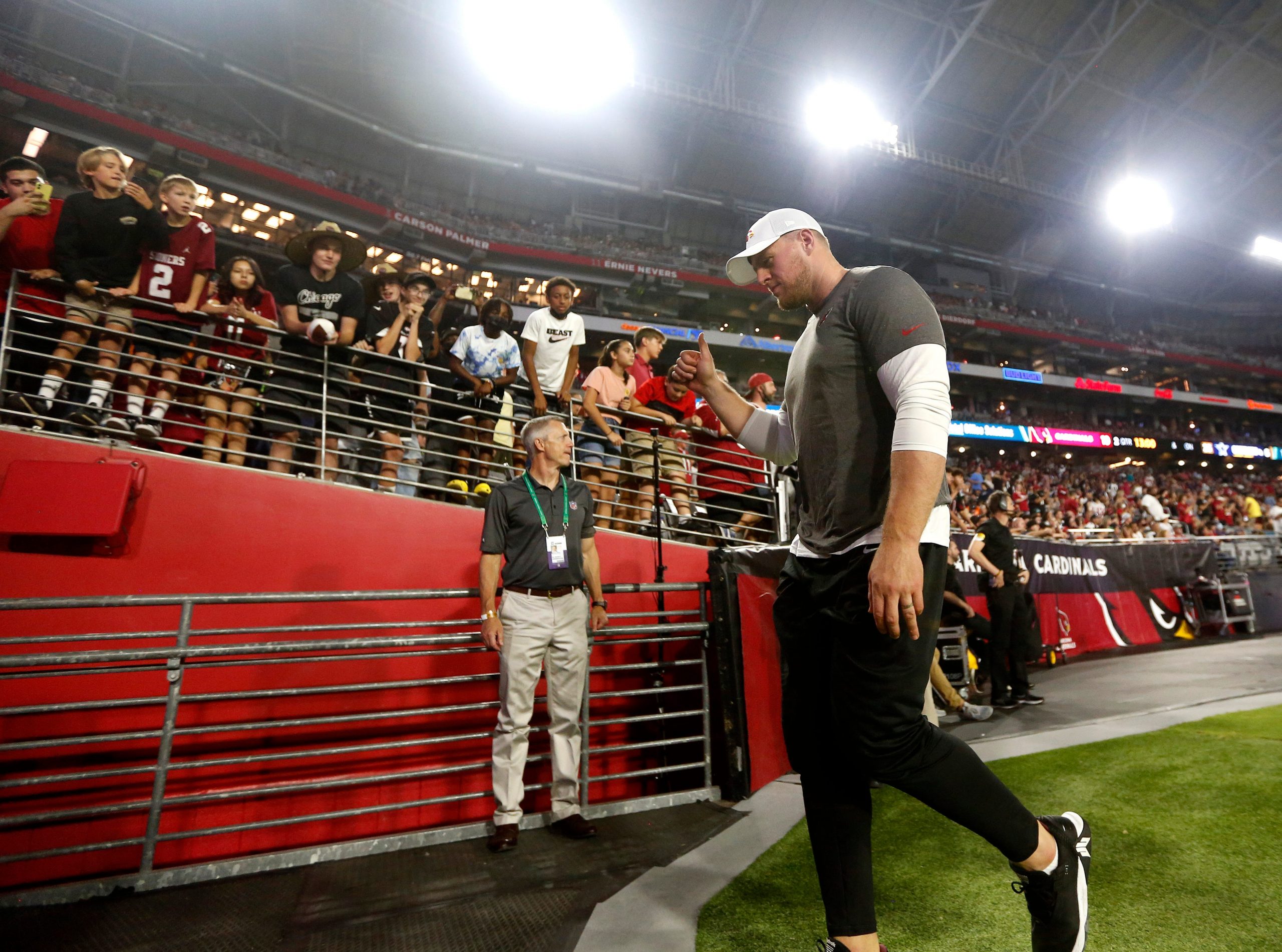 The Texans are a dumpster fire, and All-Pro defensive end JJ Watt appears to be thrilled to not be stuck in Houston any longer.

Watt had previously spent the entirety of his NFL career with the Texans, up until he convinced the team to release him earlier this year. A number of contenders expressed interest in his services, giving Watt his pick as to where he wanted to land.

The Phoenix area is one of the most desirable places to live in the country, and the Cardinals are a legitimate threat to make a title run, assuming they can get more consistent play from Kyler Murray. And that’s why it’s easy to understand why Watt chose to sign with the Cardinals. It probably helped that they paid him far more than other teams were willing to offer, according to the rumor mill.

And while he’s currently on the PUP list, due to a hamstring injury, that setback sure doesn’t seem to have impacted how badly he wants to suit up and play for his new team

“That’s part of the challenge, is easing yourself back in and trusting it,” Watt said, via espn.com. “Somebody just asked how I felt and I was like, ‘Like a dog chasing a tennis ball.’ You’re just like, wherever it bounces you want to get it and you’re so excited to be out there and, like, it doesn’t matter if you’re supposed to go where bounces, you’re just going for it, and that’s what it felt like today.”

The Titans had better hope he’s not ready for Week 1. If he does play, we’re predicting a big performance from the star pass-rusher.