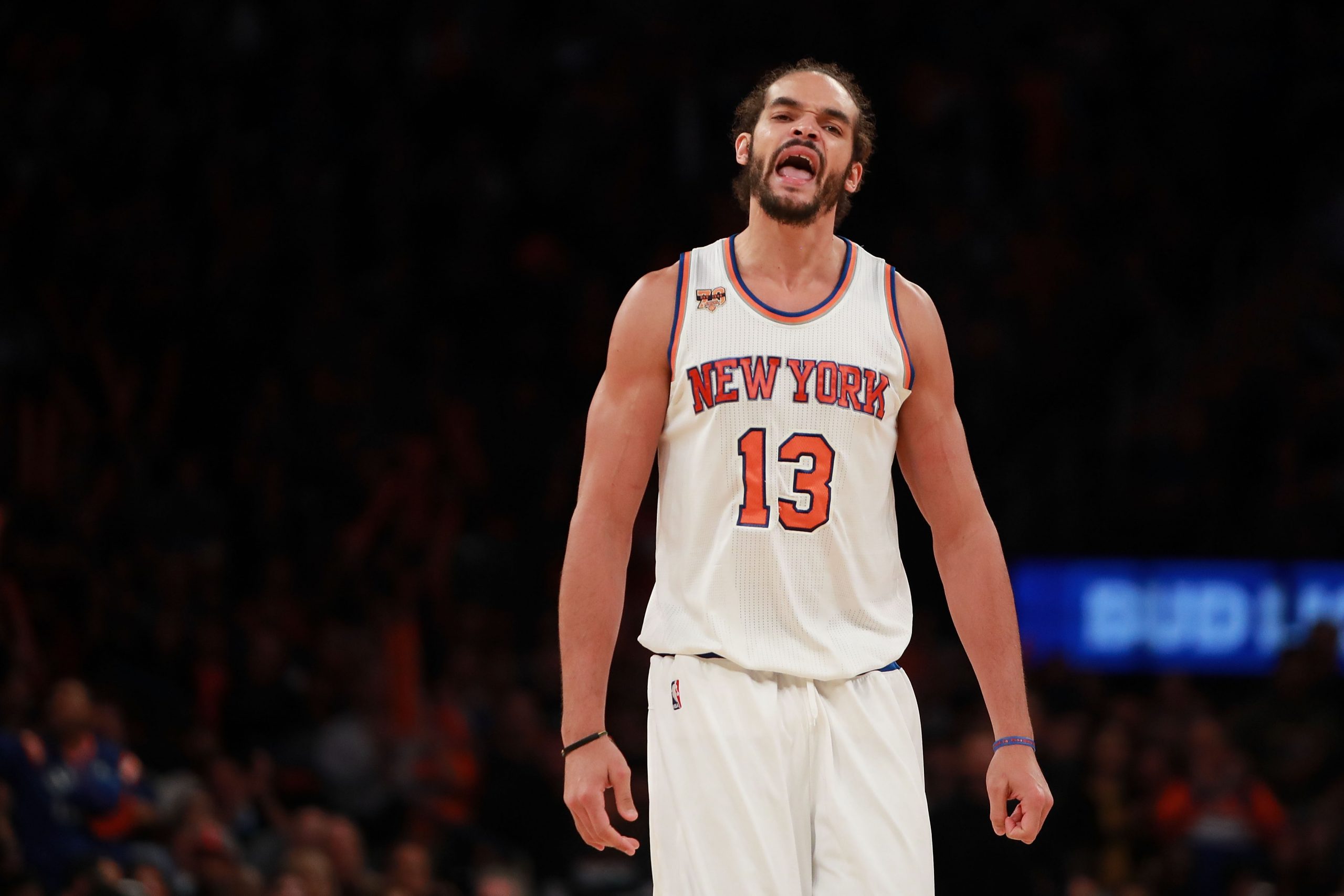 The NBA G League continues to be a proving ground for young players, in addition to an atmosphere where big league teams can experiment with different strategies and practices. There was evidence of both of those things on Wednesday afternoon.

The Westchester Knicks fell to the Maine Red Claws at home, but the impact of such a contest went far beyond simply attempting to net another victory. Instead, the minor league affiliate served an important purpose for the parent club New York Knicks. Rookie Damyean Dotson scored 23 points on assignment despite the defeat. He (along with Ron Baker) is becoming a familiar face at the Westchester County Center as New York looks to develop him and get him the important on-the-court reps and exposure he needs.

A more rare sighting, however, was that of Joakim Noah. The big man made his season debut — a 3 minute stint filled with physicality — during the Knicks’ loss to the Blazers on Monday night. But after missing time due to injury and suspension and not playing in a game since February, there’s no doubt Noah would seemingly benefit from all the action he can get. With that in mind, the Knicks assigned him to Westchester for the minor league matinee.

As a two-time NBA all-star and former Defensive Player of the Year award winner, the 32 year old stands tall as one of the highest profile players to hit the minor league hardwood to date. Still, there’s no denying that NBA teams are increasingly using minor league games as tools to help their players (even the more prominent ones) rehab. The Spurs assigned Tony Parker to their affiliate team earlier this season.

For what it’s worth, Noah certainly didn’t look as though he was treating this outing like a demotion of any kind. Instead, he looked excited to be playing and was able to show off some of the versatility that made him a household name across the NBA. Noah was incredibly active and upbeat, displaying agility and alertness on the court. Offensively, he added 9 points and effectively had his way inside, dunking the ball and drawing contact. More importantly, however, he also tallied 5 rebounds, 4 assists, and 1 block.

The aforementioned complementary numbers are much more telling when it comes to Noah. Obviously his defense and respective rebounding ability should be his bread and butter. His passing ability could really open things up for the Knicks at the NBA level. Under Jeff Hornacek, this team wants to push the pace and always keep its eyes peeled for the open man. Employing a big man who can draw the defense inside, and then distribute passes out along the perimeter, would create great space.

Translation: if healthy, Noah can prove his value as a backup and subsequently find rotation minutes here and there by doing all the little things. As the Knicks’ starting center, Enes Kanter is an offensive force. Willy Hernangomez certainly doesn’t do what Noah does and Kyle O’Quinn has been inconsistent here and there.

New York shouldn’t play Noah simply because of his contract, but his versatility could help fill certain gaps and it’s nice to know he’s healthy and ready to contribute if need be.