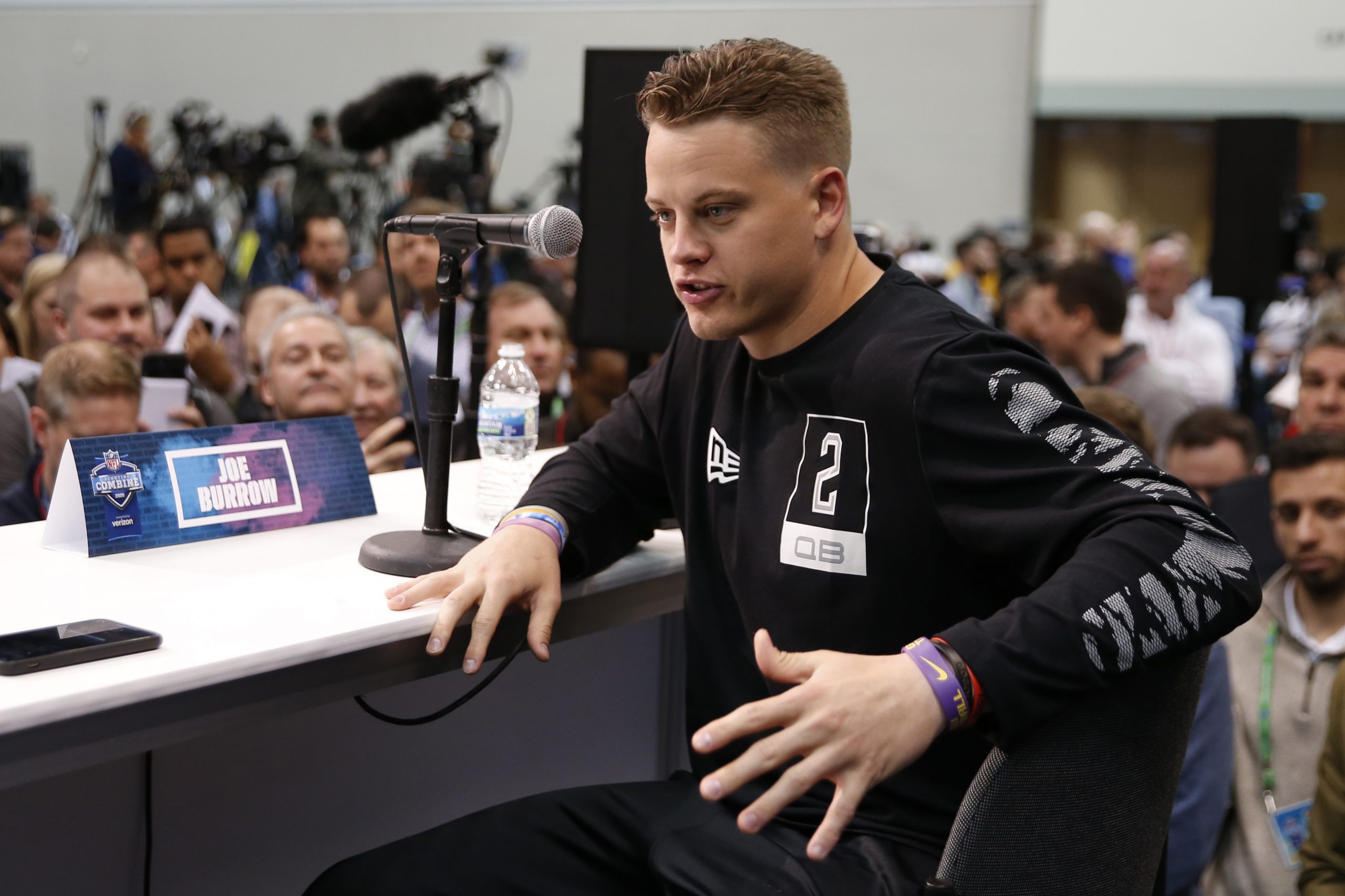 There were initially rumors floating around about LSU product Joe Burrow not wanting to play for the Bengals, but he’s saying all the right things to shoot that talk down.

Burrow, after all, was raised in Ohio, so it’s an area that he’s already experienced so much in, and he may want to see what life elsewhere is like. Not only that, he knows the Bengals well, and is probably well aware that team owner Mike Brown rarely ever spends money in free agency to upgrade the team’s roster. It’s an organization that has been mired in mediocrity for quite some time.

But Burrow could help change their outlook, and the impact of him possibly joining the team could already be noticed, as the Bengals actually brought in some free agents from other teams last month. That’s par for the course for other NFL teams, especially the Patriots, but certainly not for the Bengals.

In the meantime, Burrow appeared on “The Big Podcast with Shaq,” and shared some thoughts with the former NBA star.

“I want to get drafted to a good organization that is going to maximize my talents,” Burrow said. “I’ve won everywhere that I’ve been and never had a losing season in sports from the moment I was five years old. I’m not a loser, I just want to go somewhere where I can win.”

We’ll never know if he felt otherwise, as it does appear that the Bengals will select him with the No. 1 overall pick in a few weeks. How his tenure there turns out remains to be seen.