The Preakness Stakes will take place on Saturday, May 21, 2022. Find out Joe Drape’s Preakness picks, predictions, and best bets for the Triple Crown horse race at Pimlico Race Course in Baltimore, Maryland.

Let’s go over Joe Drape’s Preakness picks for 2022, as well as where to get the best Preakness odds for each horse at Pimlico Race Course.

The 2022 Preakness Stakes will feature nine of the best three-year-old race horses at Pimlico Race Course.

Horses that are exiting the Kentucky Derby have dominated the Preakness over the last two decades. In the last 20 years, 15 Preakness winners have raced at Churchill Downs in the first leg of the Triple Crown prior to winning at Pimlico.

That should make Simplification one of the best Preakness bets this weekend. After drawing the rail at Pimlico Race Course, Simplification comes into the 2022 Preakness with +1000 odds to trot into in the winner’s circle.

Simplification is trained by Antonio Sano but will have a new jockey for Preakness 2022. John Velázquez will be called upon to ride in the Preakness. Velazquez started 11 times in the Preakness and has come close to winning three times with runners-up Animal Kingdom in 2011; Itsmyluckyday in 2013; and Authentic in 2020.

In the middle of the group, Secret Oath and Early Voting will be jockeying for position from post 4 and post 5.

Only six fillies have ever won the Preakness Stakes but the odds indicate that Secret Oath has a chance to make history in 2022. Trained by six-time Preakness winner D. Wayne Lukas, Secret Oath won the Kentucky Oaks and has +550 odds to win the 2022 Preakness out of post 4.

This will be Early Voting’s first start away from Aqueduct but the horse is expected to attract a lot of attention from horseplayers this weekend.

The Gun Runner colt had the points necessary to qualify for the Kentucky Derby but trainer Chad Brown elected to give him six weeks between starts instead. Jockey José Ortiz has ridden all three of Early Voting’s races and should be familiar with the horse on Saturday.

At +550 odds to win the Preakness, Early Voting will be a popular pick out of post 5 for bettors that don’t want to back the favorite.

Another popular longshot bet will be Creative Minister, who will be racing out of post 2 this weekend.

The Creative Cause colt is trained by Kevin McPeek, who won the Preakness two years ago when his filly Swiss Skydiver left Kentucky Derby-winner Authentic in the dust.

For a complete breakdown of the Preakness 2022 horses, trainers, jockeys, and sires, check out the chart below.

The second leg of the Triple Crown, Preakness 2022 will take place on Saturday, May 21 at Pimlico Race Course.

Rich Strike, the 80-1 longshot that won the Kentucky Derby, will not be running in the Preakness, which means there will be no Triple Crown winner in 2022.

Still, there is plenty of value for horseplayers that want to bet on the horse races at Pimlico Race Course this weekend.

The 2022 Kentucky Derby featured 20 horses but with just nine Preakness horses in the field at Pimlico, this should be a much friendlier horse race for bettors.

This year, Simplification, Happy Jack, and Kentucky Derby runner-up Epicenter are the only horses that raced in the 147th Run for the Roses earlier this month.

Following a second-place finish at Churchill Downs, Epicenter has emerged as the betting favorite with the best Preakness odds. At +145, BetUS is offering the best Epicenter odds for Preakness 2022 while BetOnline has Epicenter odds at +100 ahead of the Triple Crown race.

After Epicenter, Secret Oath (+550) and Early Voting (+550) are next on the Preakness odds board while Simplification (+1000) and Creative Minister (+1200) are among the longshots with a legitimate shot to win.

Meanwhile, Kentucky Oaks-winner Secret Oath is trying to become just the seventh filly to win the Preakness Stakes in 2022.

Trainer D. Wayne Lukas will also be running with a chance to make history. If Secret Oath finishes as the 2022 Preakness winner, Lukas will tie legends Bob Baffert and Robert Wyndham Walden for the most Preakness wins all-time (seven).

Check out the table below for the best Preakness odds from BetOnline, one of the best horse racing betting sites in the US.

Before you make your Preakness picks, there are a few trends that have earned horse bettors a substantial profit at Pimlico Race Course.

Let’s go over some of the best Preakness betting trends below.

What is the Biggest Longshot to Ever Win the Preakness Stakes?

Throughout its storied history, the Preakness has been kind to favorites and short-priced runners.

The Preakness has been raced 146 times but the second leg of the Triple Crown has only crowned four winners at higher than 15-1 odds. At 23-1, Master Derby won the 1975 Preakness Stakes and is the current record-holder for the Preakness winner with the longest odds.

However, double-digit odds have performed well at the Preakness in recent history. Six of the last 16 Preakness winners have been priced at 10-1 odds or higher.

Early Voting appears to be one of the most popular horses with bettors heading into the Preakness. Most people believe that Early Voting will be able to take control of the race and win.

Secret Oath is an interesting pick from Joe Drape, but one that might come back to be valuable for him. Secret Oath has great odds and that’s what Joe Drape is looking for here.

Below, we will look over the Joe Drape Preakness top three picks.

Secret Oath will attempt to make history by becoming the seventh filly to win the race.

Drape believes that this filly has shown she belongs with the boys, finishing third to them in the Arkansas Derby despite a horrible trip.

She will join Swiss Skydiver and Rachel Alexandra as fillies to win the Preakness in the twenty-first century if she wins this race. D. Wayne Lukas, regarded as one of the top trainers in the world, feels Secret Oath should be one of the Preakness favorites.

This will be Secret Oath’s second race versus male opponents in 2022. In the Grade 1 Arkansas Derby, she finished third behind Cyberknife and Barber Road.

Joe Drape’s second pick is Epicenter. However, others feel that Epicenter was his best at the Kentucky Derby, where he finished in second place. Is he capable of completing the new task at hand? Perhaps, but finishing second in the Kentucky Derby and then winning the Preakness is a difficult challenge.

Epicenter is the clear favorite to win the event, and for good reason. He has a legitimate chance to win the event if he can repeat his BSF score of 100 from the Kentucky Derby. The only question now is whether he has enough left in the tank to repeat that feat.

He’ll start from the eighth spot on the grid. There hasn’t been a Preakness winner from that post location since 2006.

Drape says this one was going to be the post-time favorite even if Rich Strike came. A Consistent sort that ran big in the Derby.

Early voting is a hot pick right now. Because of his recent success, Joe Drape thinks Early Voting has a good opportunity to win the Preakness.

Chad Brown, one of the world’s best trainers, will have his horse ready to go. Early voting will be the fifth post. It’s worth noting that no horse has won the race since 2016 starting from the fifth post.

Chad Brown removed him from the Kentucky Derby because he wants to win the Preakness, despite having enough points to qualify. Let’s see if the trainer’s risk pays off.

Drape says he’s lightly raced and quick of foot. He believes it isn’t impossible for the colt to win the race. 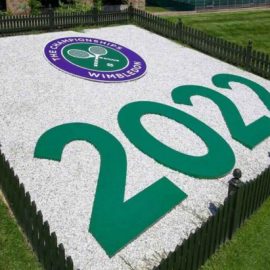 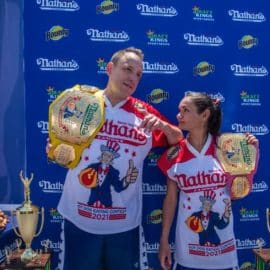 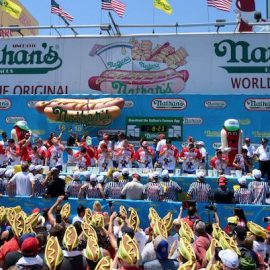