John Mozeliak Earning Every Penny In 2017 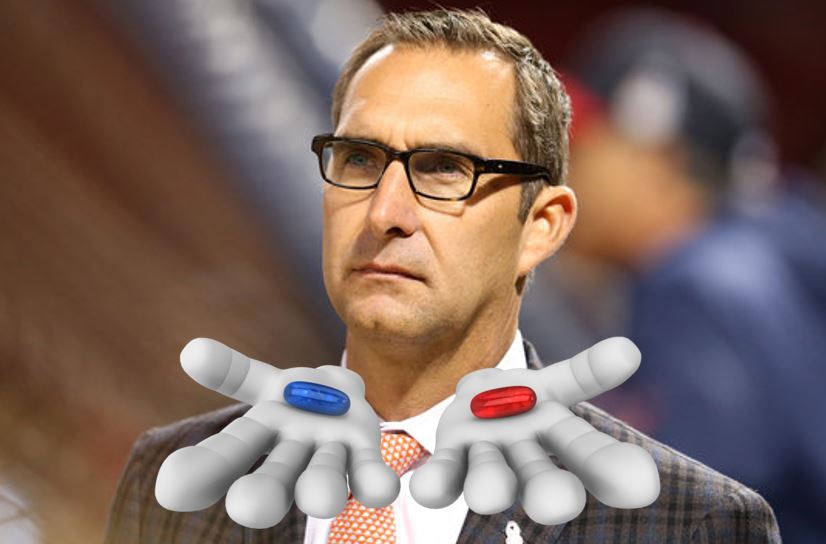 Hard to find his exact salary, but I’m confident that he’s a 1%er.

In 2017, the team of his making is determined to make him earn every last penny.

The answer here was 6. John Mozeliak claims he gets 6 hours of sleep per night. Strong vodka helps him wake up in morning. https://t.co/UOgKzfDfh1

I’m sure that was a joke.

But the fact that I searched Twitter for ‘John Mozeliak’ and a vodka in the AM Tweet surfaced? Tells us everything we need to know about 2017 so far.

Here are some good things about the Cardinals:

I mean, this is fun! Remember fun?

Here are some bad things about the Cardinals:

So what do you do?

What does John Mozeliak do?

If the Cardinals were in the NL West, they would be in full sell mode, working every angle to get the best returns for Rosenthal, Oh and Lynn. They’d be giving as many young guys as much time as possible to see what they’re working with for 2018. And they’d be spending all their energy on a rebuilding plan.

But they’re in the NL Central. A division in which the two biggest stories this week (in order) were:

Choices will have to be made. And made soon.

Do the Cardinals decide that 3.5 games out as the season rolls into July warrants some moves to try and improve? And, maybe more interestingly, if so, what moves do the team feel will get them into postseason play?

Or do they assume (like many do) that the Cubs are having a very, very bad first half of 2017 and when they finally get going, the rest of the division will be dusted?

And getting tougher by the day.

If you’re reading this looking for answers, Mr. Mozeliak, I have none. Apologies.

But I do wish you the best of luck.