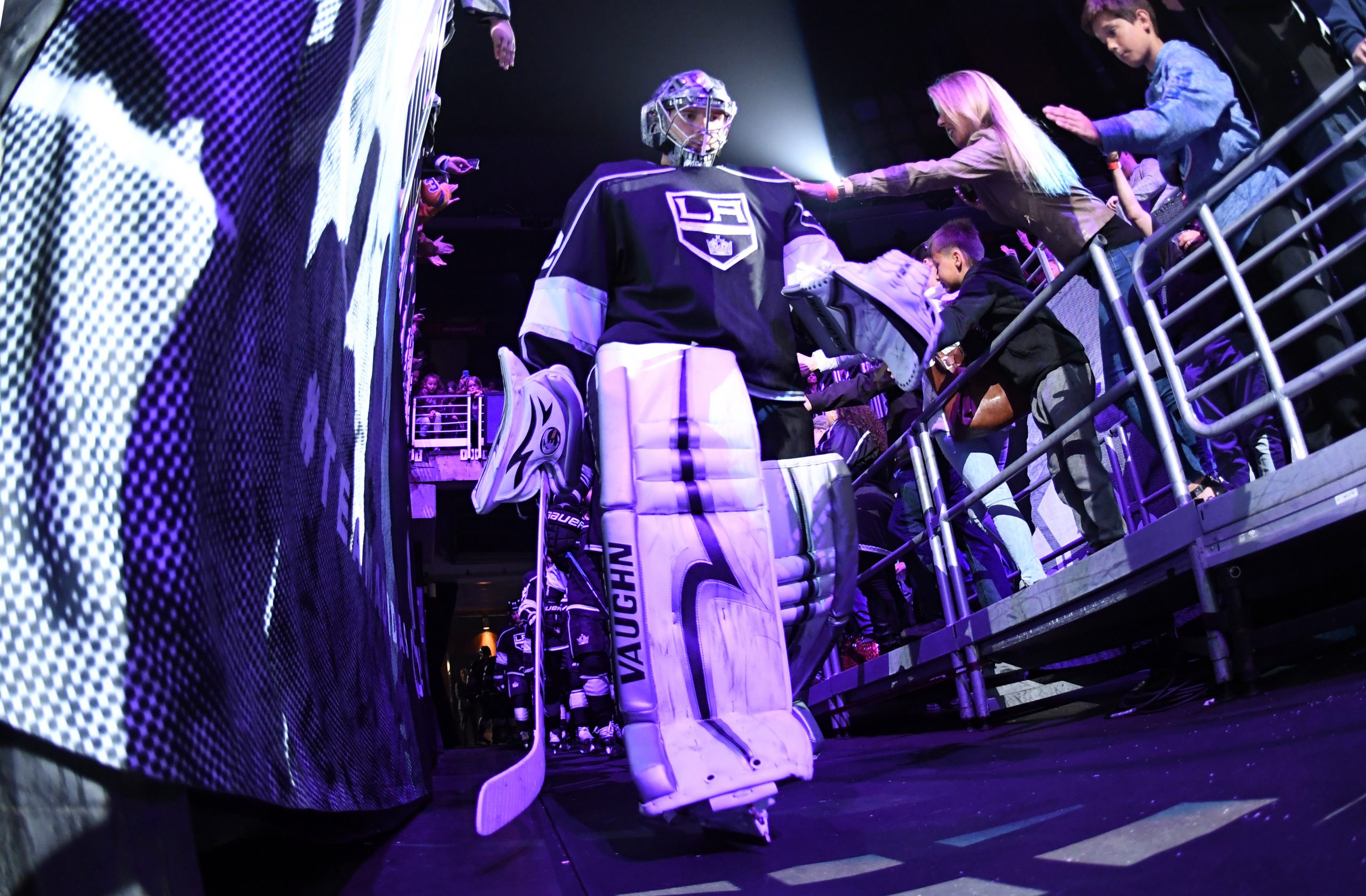 The Jennings Trophy, an official league award presented annually to the goalkeeper(s) to log a minimum of 25 games for the team that allows the fewest goals and shootout game-winners against in regular season play.

“It’s a commitment throughout the entire team and organization. That’s kind of the pride that we’ve taken, at least since I’ve been here, is being a strong defensive team,” Alec Martinez said.

“Obviously Quickie is a huge, huge part of that. He’s obviously a huge part of this hockey club, and it’s a commitment from all the guys in the room of playing strong team defense.”

Quick saw the most action on a Kings team that allowed a League-low 203 goals, eight fewer than the Nashville Predators (211) and 11 clear of the Boston Bruins (214). He earned his second career William M. Jennings Trophy as well as the second in franchise history, adding to the one he claimed with Los Angeles in 2013-14 en route to winning the Stanley Cup. Quick appeared in 64 games, ranking in the top 10 among goaltenders in wins (9th; 33), goals-against average (10th; 2.40) and shutouts (t-4th; 5). The Milford, Conn., native finished the season seven victories shy of becoming the fifth U.S.-born goaltender to reach 300 NHL wins (293-195-56 in 556 GP).

In addition to Quick, Darcy Kuemper and Jack Campbell combined to earn points in 17 of 18 decisions.

View All Posts By suzannasbezyan

View All Posts By suzannasbezyan