Jose Altuve accused of cheating by wearing buzzer, this video may prove it 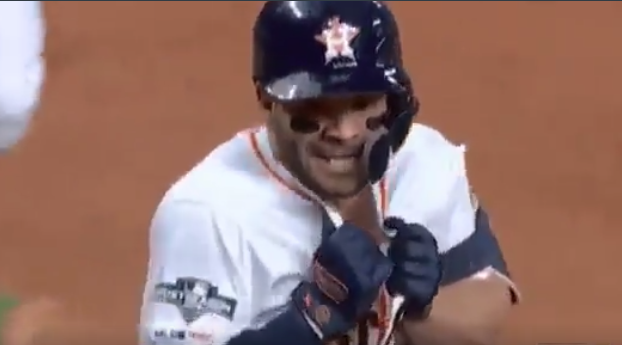 The Houston Astros may have been disciplined by Major League Baseball, but that doesn’t necessarily mean that the fallout is completely over.

Gone are manager AJ Hinch and general manager Jeff Luhnow, and the team has lost a number of draft picks over the next two seasons.

But it isn’t over — not by a longshot.

A woman who claims to be Carlos Beltran’s niece alleges that Astros slugger Jose Altuve wore a buzzer during games so the “hallway video guy” could relay information to him. 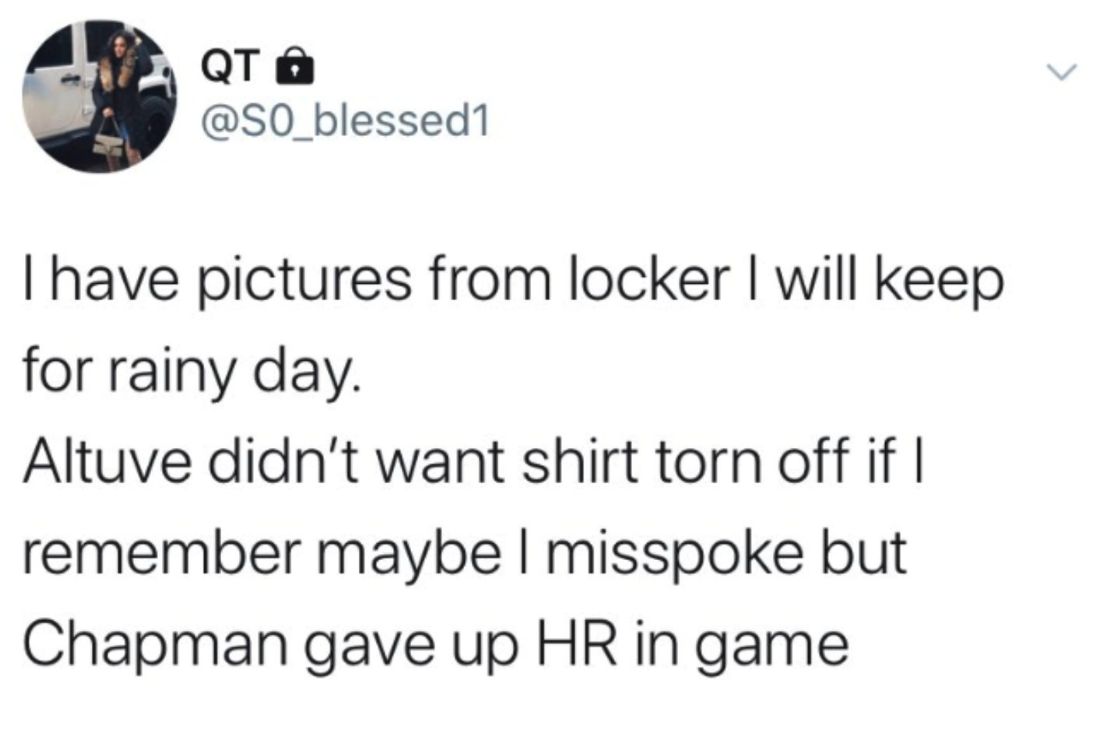 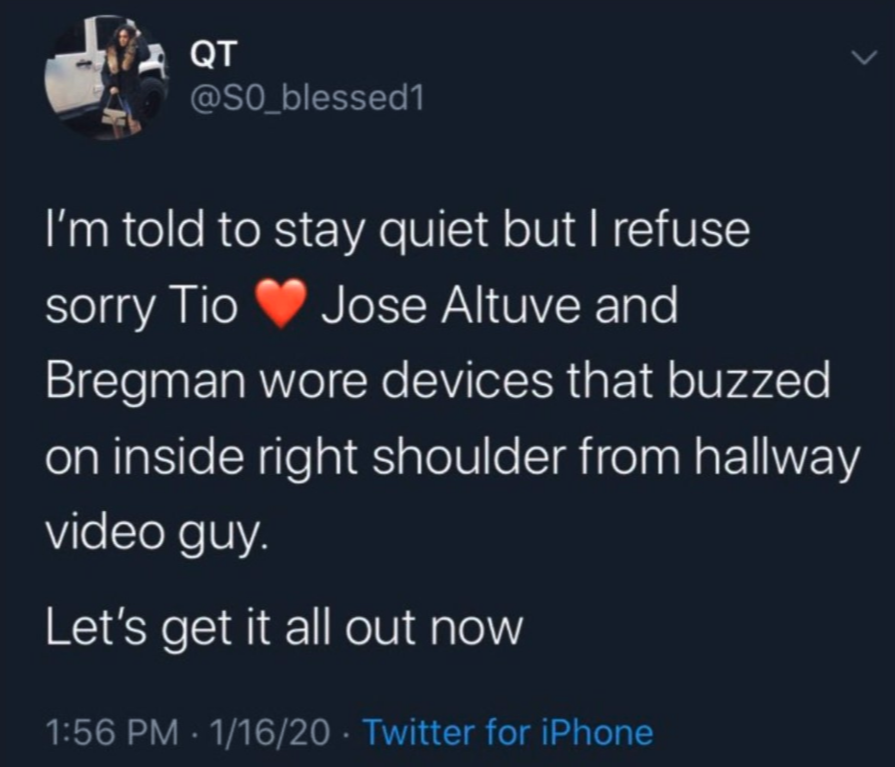 It’s interesting because Altuve hit a walk-off home run in ALCS Game 6 in the playoffs last season — lifting his team to the World Series. The celebration at home plate has sparked plenty of interest, though, as he was seen essentially telling his teammates not to rip off his jersey, then protected himself.

Not a good look for Altuve.