Jose Berrios is good, and will probably get even better 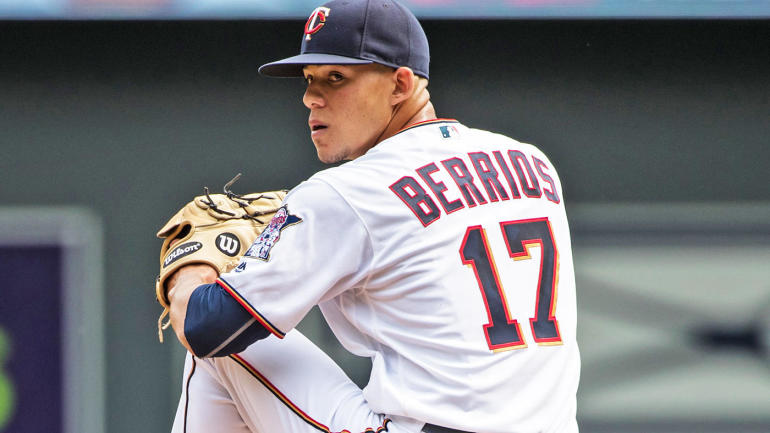 The Twins are rightfully getting a lot of attention for smacking the ball around and out of ballparks this season. Pitching has been a very sore spot for the Twins for nearly a decade, and fans and writers have latched on to good streaks of starting pitching, like the first couple from Michael Pineda, or the brilliant start on Monday from Jake Odorizzi.

But then, there is Jose Berrios. The last two years for Berrios have been pretty good, but so far, the numbers look even better. It’s pretty likely that those numbers are going to improve even more as the season progresses, assuming his peripheral stats remain the same.

His strikeout rate has been fairly constant over the years, and luck stats are in a constant state of flux. Where Berrios has improved is in his walk rate, which is a full walk/9 innings better than at other times in his career. It’s possible this number will regress, but it may not. When Berrios has become comfortable at various levels of the minor leagues, he has settled into a similar rate to the 1.8 BB/9 that he presently finds himself at.

Other statistical curiosities will even themselves out. He is, for example, seeing a much lower than normal batting average on balls in play, and as a result is stranding more batters than should be expected. These numbers will sort themselves out and hurt Berrios’ bottom line. He is also seeing his highest HR/9 rate of his career, which has a lot to do with an elevated HR/FB and an overall fly ball rate that is higher than he is accustomed to. Those will mellow out and help Berrios’ numbers.

The walk rate, and the general maintenance of order for the rest of his numbers all point to good things for the Twins’ ace though. Appreciate the flashes of brilliance from the rest of the staff, but take a minute every once in a while to recognize that the Twins have developed a rotation stalwart.