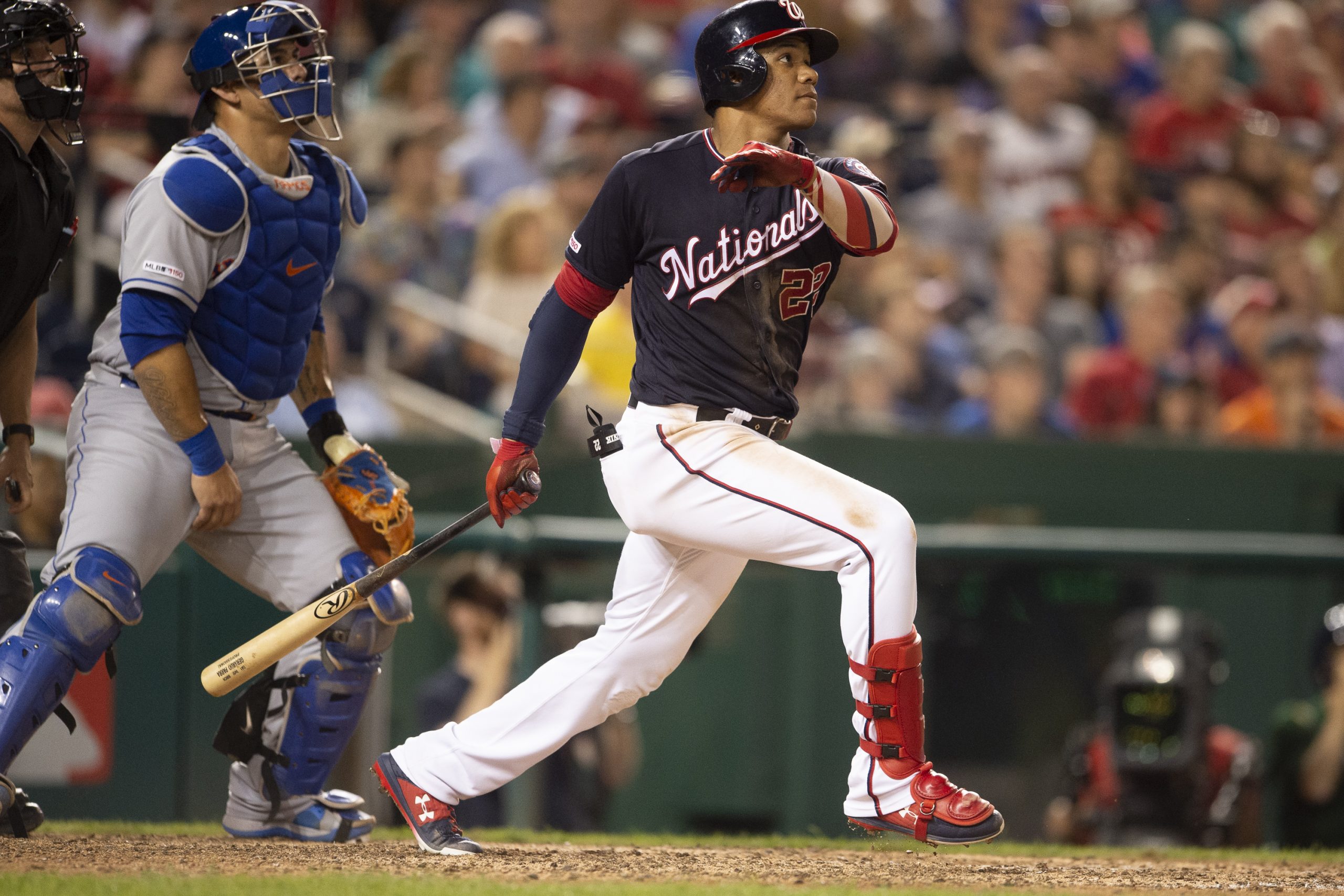 Playing Major League Baseball is hard. It’s harder when you break in as a 19-year-old rookie. It’s even harder when that happens because you made the jump from Double-A straight to The Show.

Washington Nationals outfielder Juan Soto doesn’t seem to care all that much. His top-prospect pedigree has been shining since the moment he arrived in the big leagues, and it hasn’t stopped since then. Similar to his teammate, Anthony Rendon, Soto probably won’t get nearly as much National League MVP attention as he should because of Cody Bellinger and Christian Yelich.

However, what this kid has done through his first two MLB seasons — and before even turning 21 years old — is just disgusting in the most amazing way possible. While there are still about three weeks left for some of these stats to change, the two things Soto has flashed consistently at the plate is outstanding plate discipline with above-average power.

He racked up 22 home runs in fewer than 500 plate appearances in 2018, and is on the verge of registering his first season of 30-plus homers and 100-plus RBI. He’s done all this with an on-base percentage above .400, which puts him on an exclusive list (along with his young age further distinguishing himself):

Soto's the only player under the age of 21 during that spanhttps://t.co/niatG4bvDl

Anytime you get to be mentioned in the same breath as Ted Williams, you know you’re doing something right. And while there’s a *very* long way to go between now and the end of his career, Soto dominating so early on is certainly setting himself up for some cool accolades down the road:

This isn’t to be used as a way to argue that he’s already a Hall of Famer (like that Mike Trout guy). It’s just to highlight exactly how good he’s been through his age-20 season.

The improvements Soto has made between 2018 and 2019 are pretty stunning, as well. His plate discipline has remained fantastic (16.0% walk rate in ’18, 15.1% so far in ’19), and he’s gotten much more aggressive on balls in the strike zone (60.7% swing rate in ’18, 69.2% so far in ’19). That has only led to an increase of a couple percentage points with regard to his strike-zone contact rate, but his contact rate on balls outside the zone has dropped.

That helps explain significant improvements in soft-hit rate (20.3% to 12.9%) and hard-hit rate (34.8% to 39.1%). There have also been substantial positive changes in the rest of his batted-ball profile, which has likely led to the increased power of his first truly full season of big-league play:

The value he’s brought to the Nats when looking at his production compared to his salary is astronomical. By the end of September, Soto will have earned just over $970K since getting promoted last year. He’s produced 8.4 fWAR so far, and according to FanGraphs, that performance has been worth $67 million.

Despite Bryce Harper‘s $330 million payday already getting surpassed by Trout, it won’t be surprising to see Soto eventually do the same. If he continues on his current trajectory, he could very easily blow everyone out of the water.