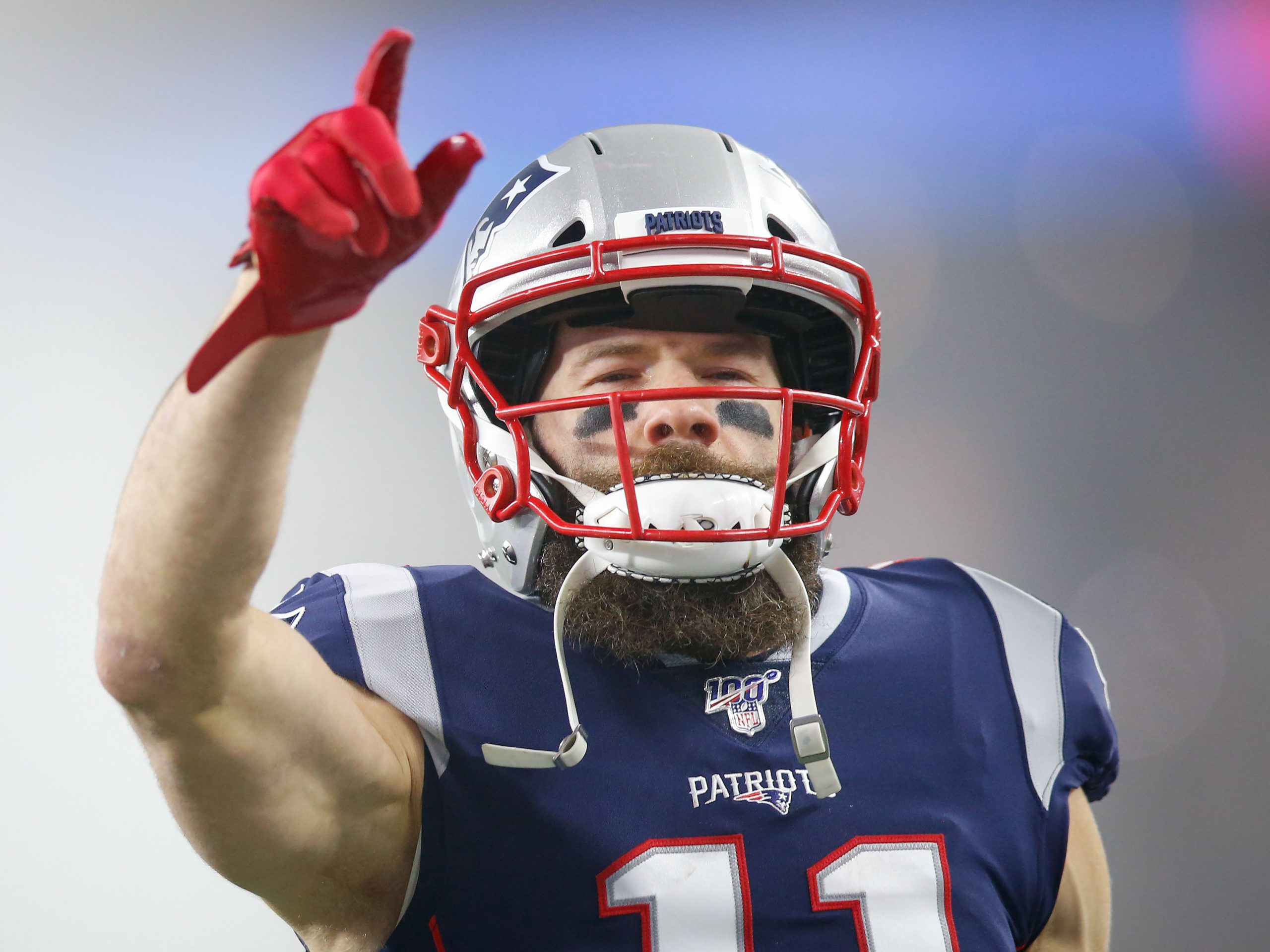 Patriots receiver Julian Edelman has had the benefit of catching passes from arguably the greatest quarterback of all time, but that gravy train came to a screeching halt a few months ago.

Tom Brady elected to take his talents to Tampa Bay, and he’ll be suiting up to play for a team not named the Patriots for the first time in his career. As a result, the Patriots were forced to sign a veteran quarterback in his place.

In a normal offseason, they’d have been hard-pressed to find a suitable replacement, yet somehow, former MVP Award winner Cam Newton was still available on the free-agent market. The Patriots signed Newton for a one-year deal worth the league minimum, and Edelman appears to be pretty happy they did, in comments he made on WEEI Radio.

“He’s definitely a former MVP for a reason,” Edelman said of Newton, as transcribed by Mike Reiss of ESPN.com. “The guy is a professional. He works his tail off. He’s extremely dynamic, and he has a charming personality. It’s been fun to be around. He has a confidence about him. All quarterbacks have a confidence, but it’s just a little different with Cam. It’s a vibe that can feel you and get you in a mindset.”

Newton’s new teammates are saying all the right things, but we’ll be interested to see if he can still sling it, as velocity has been an issue over the past few years, due to his shoulder issues. We’ll soon find out.