Justin Fields’ Cleats Are Now a Hall Of Fame Artifact 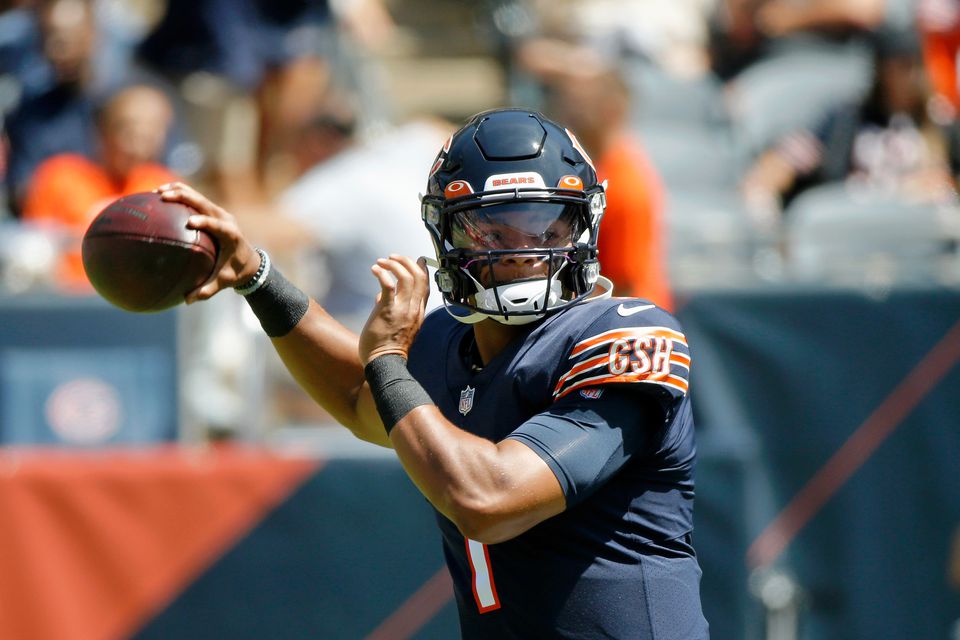 Justin Fields has only been in the NFL for two years, but he has already had a Hall of Fame-worthy game.

The young Bears quarterback arguably had the best game of his career in Week Nine against Miami. Through the air, he completed 17 of 28 passes for 123 yards but also threw for three touchdowns. On the ground, he ran 15 times for 178 yards and added another touchdown. The 178 rushing yards are the most by a quarterback in a single game since Michael Vick in 2002. However, the Bears lost a close contest to the Dolphins by a score of 35-32.

In honor of Fields breaking the record, the Pro Football Hall of Fame announced that they have received the cleats from the game. They are currently being refurbished and will soon be on display.

🗣New to the Pro Football Hall of Fame@ChicagoBears QB @justnfields rushed for 178 yards on Nov. 6 against Miami to set the record for most rushing yards in a game by a QB.

The cleats Fields was wearing have arrived in Canton and are being prepared for display.

The Chicago Bears are only 3-7, but Justin Fields has enjoyed a breakout in the last three weeks. In those three games, Fields has completed 64.7% of his passes for seven touchdowns to just one interception. He has accumulated a 95+ passer rating in all three games, including passer ratings of over 100 in the last two. As a rusher, he has a touchdown in four straight contests. He followed up Week Nine’s performance with a 13-carry, 147-yard showing against the Detroit Lions. Fields also had two touchdowns on the ground to accompany two passing touchdowns. The Bears lost another close game, 31-30.

Fields look to continue building on his breakout stretch. He and the Bears are hitting the road to face the 4-6 Atlanta Falcons on Sunday at 1:00 p.m. The Falcons are currently a 2.5-point favorite.