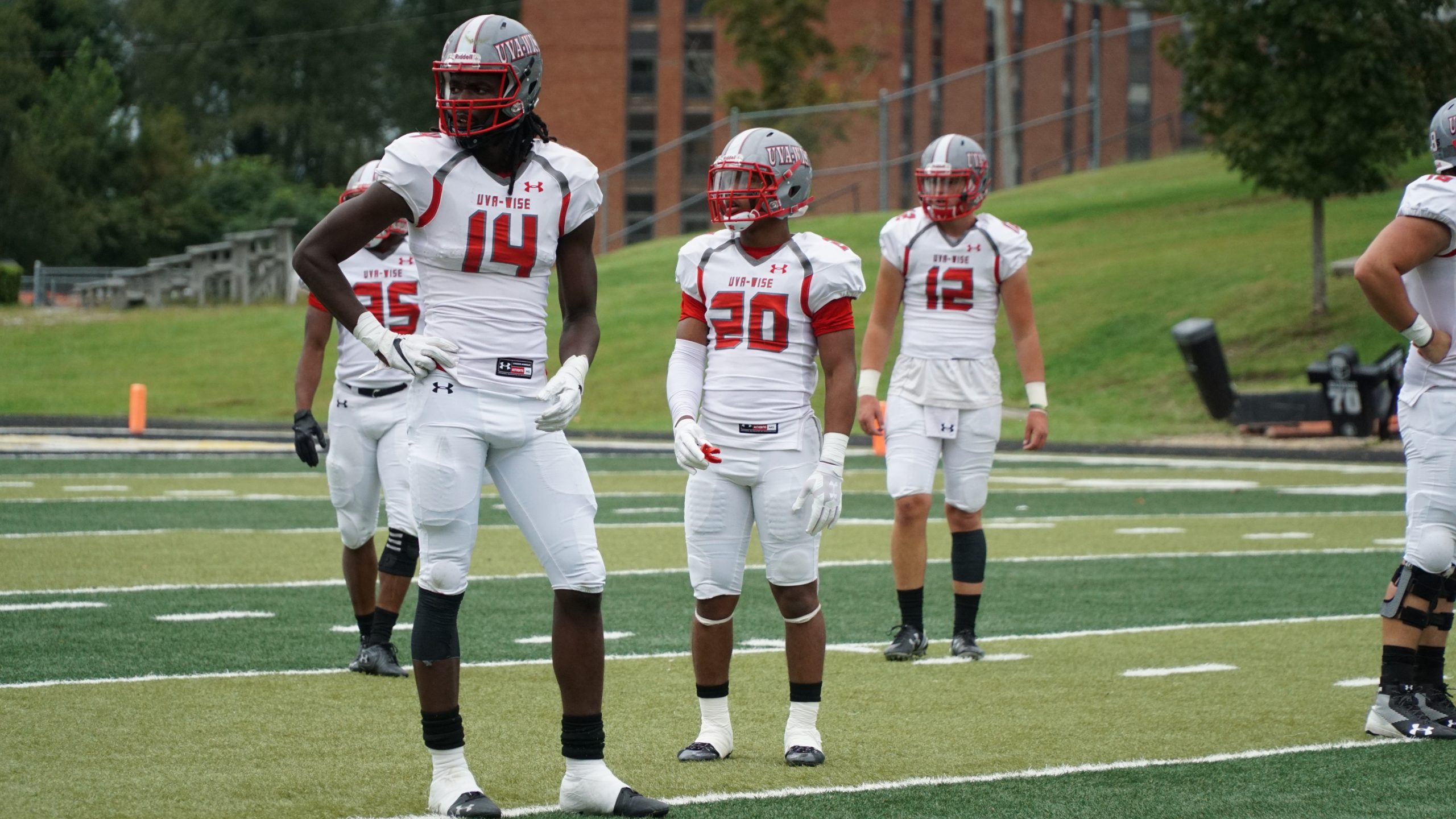 In a couple of days, the Philadelphia Eagles will hold their annual three-day rookie minicamp at the NovaCare Complex.

This shortened minicamp not only gives rookies and undrafted free agents their first chance to work with the coaching staff. It also offers so-called “tryout players” an opportunity to make the team’s 90-man roster.

Tryout players are not guaranteed a roster spot or offered a signing bonus, unlike their UDFA counterparts. The only thing they are offered is a chance to continue their NFL dream.

One of those tryout players who will try to impress the Eagles’ coaching staff is former UVA-Wise wide receiver Kaian Duverger.

Duverger, who is known in football circles for his ridiculous one-handed touchdown reception over three Shepherd University defenders in the 2017 season, was excited to receive a phone call from the Eagles after the 2019 NFL Draft.

“It felt great. I was very grateful for the opportunity because not too many guys get that,” he said in a phone interview last week.

“I feel like for those who receive that call should be forever grateful for that opportunity. ”

The 6-foot-6 wideout, who had a chance to play in both the FCS Bowl and Tropical Bowl All-Star showcases earlier this season, understands the opportunity he has.

Duverger is the first Cavaliers player to be invited to an NFL team’s minicamp since the school made the jump to Division II. However, he intends to become only the second player in school history to suit up in an NFL regular-season game.

The last player from UVA-Wise to appear in an NFL regular-season game was tight end Shonn Bell in 1999 with the San Francisco 49ers. Bell attended the school when it was called Clinch Valley College.

In addition to the Niners, Bell spent time with the now-defunct Houston Oilers, Chicago Bears, Cleveland Browns, and Minnesota Vikings.

“It means a lot,” said Duverger about what it would mean to the program. “I love how I was able to open the gates for others who want that and never believe you could make it out of here.”

“I feel Iike I’m the stepping stone for a lot of younger guys and upperclassmen, who may have dreams but wasn’t sure. With me making it this far, it gave them a clearer path of how they can make it and follow everything that I’ve done,” he added.

One of the main reasons why Duverger was given this opportunity was his production on the football field.

This past season, the Palm Beach, Fla., native had 38 receptions for 682 yards and seven touchdowns. He was named to the All-MEC Second Team.

As a junior at UVA-Wise in 2017, Duverger had 41 receptions for 530 yards and eight touchdowns.

Before he landed in Virginia, the standout wide receiver was scoring touchdowns at the JUCO level. Duverger played JUCO football in North Dakota for two seasons and then spent one year at Lackawanna College for academic purposes.

Those experiences in North Dakota and Northeastern Pennsylvania enabled him to keep chasing his dream of being an NFL player.

“I tell everyone, adversity is my best friend. Adversity will always come around, but I do a good job of beating it,” he said.

“It was a struggle, but I never let it get to me because I knew what I was getting myself into. I feel like once you have a clear mind and know what you’re getting yourself into and you do the hard work. Things will work out the way they are supposed to.”

That said, Duverger will need to keep that same mentality when he heads into rookie minicamp at the end of this week.

“I’m going to come in very determined and very focused,” he said.

“I’m going to take it with a real aggressive approach, making sure I’m watching enough film, making sure I got the playbook down in my head and just competing.”

Duverger knows his ultimate football goals and what he has to do to achieve them.

“I feel like football was the gateway for me to make all those dreams and accomplishments come true, so that’s pushing me.”