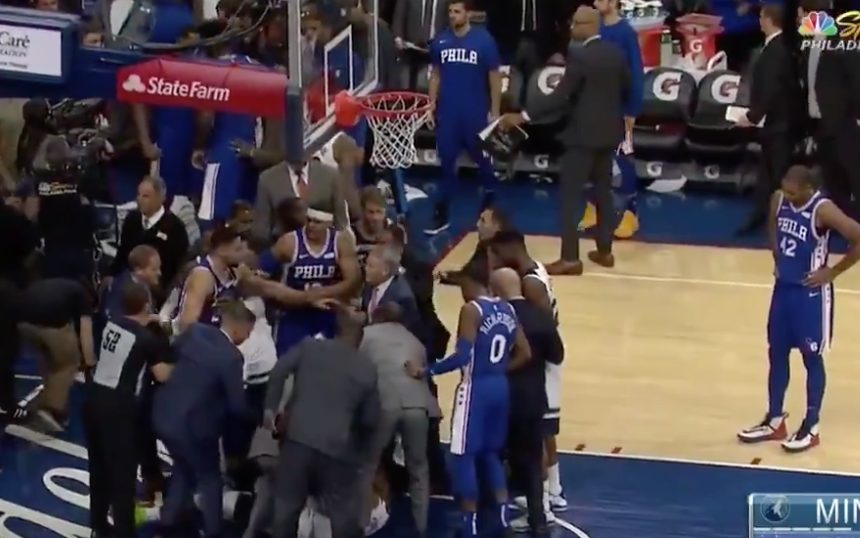 The 2019-20 NBA season may just getting underway, but that didn’t stop Karl-Anthony Towns and Joel Embiid from coming to blows during Wednesday’s game.

It’s unclear if there was some beef going on between the two beforehand, or if it was just an organic event that transpired, but whatever the reason, it’s quite obvious that the two aren’t really the best of friends.

The sequence of events began in the third quarter, with Embiid and KAT getting tangled up at the end of a play. It didn’t take long before they were shoving each other and trading punches, though, with this fight breaking out.

A full look at the altercation between KAT and Embiid 👀

Both players were ejected. pic.twitter.com/yy9vmdg7VO

Both Embiid and KAT were ejected from the game as a result.