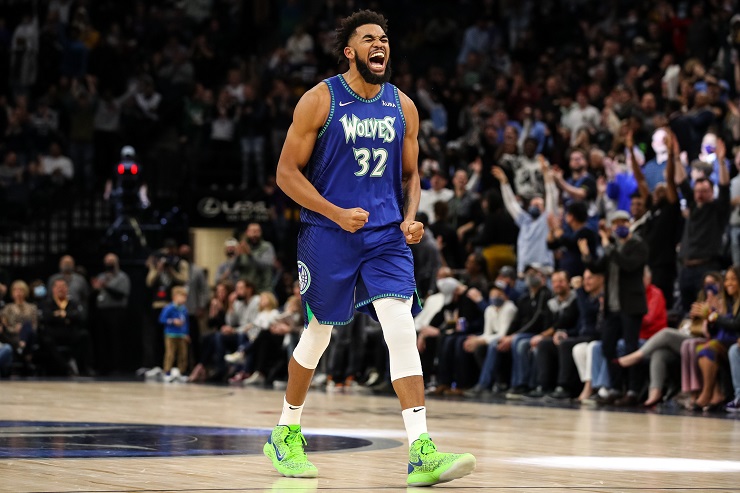 Timberwolves center and three-time NBA All-Star Karl-Anthony Towns that an illness not related to COVID-19 wreaked havoc on his stout body.

The giant practiced for the first time after missing the first week of training camp. Towns didn’t delve into the details very deeply. However, the illness caused him to spend time in the hospital before being treated and released.

Karl-Anthony Towns didn’t go into deep detail about what he’s been through, but said he only started walking again after his non-covid illness on Saturday. He’s down to 231 pounds. But says he feels good to be back out on the court and is ramping back up.

“There was [sic] more drastic things to worry about than basketball at that moment,” Towns told The Athletic. “I wasn’t too worried about basketball for a while. But I miss the game, I love the game. I miss these guys.”

Doctors advised Towns to stay home before having clearance to restart walking at the end of last week. The 2016 Rookie of the Year who averages over 23 points and 11 rebounds has played most of his professional career at 248 pounds. He is now 231 pounds.

That’s quite a haul and quite a journey for Towns and the Timberwolves franchise to endure.