Karlsson Speaks Candidly to Aftonbladet: Divorce, Loss of Friends/Teammates in 2013

Swedish newspapers get all the scoops.

After bringing Senators fans the infamous Andre Petersson interview in which he cracked on Binghamton and the KISS photo, Aftonbladet has now published the most introspective Erik Karlsson interview that I’ve probably ever seen that didn’t involve Karlsson eating a meal with Ian Mendes at IKEA.

Karlsson, if you’ll recall, went weeks earlier this season without talking to the media – who assuredly were looking for an explanation regarding one particular tweet.

Speaking with Per Bjurman in an exclusive interview, Karlsson explained the rationale behind the tweet – pointing to the loss of some of his closest friends on the Senators (Peter Regin, Jakob Silfverberg and naturally, Daniel Alfredsson) and acknowledging that he did in fact get divorced in 2013. (Note: The divorce was one of the worst kept secrets in the nation’s capital – even if it was never really openly discussed by the mainstream media out of respect for his privacy.)

Some fans may scoff at his reasoning that the loss of his closest teammates was one of the principle reasons for him having a tough year, especially since hockey’s a business, but, the fact that this happened as he endured some off-ice circumstances, like the divorce and his Achilles injury, makes it completely understandable. Like playing with Jared Cowen and the rest of his Senators teammates inside the Senators' defensive zone, Karlsson lost his support structure.

A lot of the spin coming out in favour of the decision to re-sign Chris Phillips was that the Senators needed Phillips’ mentoring ability to insulate and continue to develop Cody Ceci – even if it meant saturating Ottawa’s roster with left-shooting defencemen who will be on one-way contracts next season and probably necessitating the trade of one of the team’s younger defencemen.

Why a similar overture was not made for Karlsson, the face of the franchise and the team’s best player, we’ll never know. Instead of overpaying Daniel Alfredsson so that the organization could keep its captain, legacy player and Karlsson’s confidante, brass reneged on its promise to renegotiate his contract during the 2012-13 season. Instead, they played hardball during negotiations and helped pave the way for Alfie to flee to their division rival Red Wings.

And if anything, Alfie’s departure probably helped influence the organization’s decision to retain Phillips as part of the team’s leadership core.

For as much as the fans and media can play up Phillips’ ability to stabilize the team’s youngest players, the organization neglected the best interests of Erik Karlsson – a player who they knew was going through personal hardship in 2013.

Because of the accolades and his on-ice accomplishments, it’s easy at times to forget the fact that Karlsson’s just 23 years old.

The Google Translation of the Article:

OTTAWA . Sochi Olympics was one long highlight for Erik Karlsson.

But in addition , there has been a trial winter of our most acclaimed NHL back .

He has been hampered by a severe injury that affected him even a year ago , best friends disappeared unexpectedly from Ottawa and in the fall he went through a divorce .

– There were many changes at once and it's been damn tough sometimes . But I have dealat with it and are happy where I am now , he tells us in an exclusive interview with Sport Bladet.

On New Year's Eve himself suddenly came a dramatic tweet from the Canadian capital .

– It was perhaps not the best tweet in my life. But it's who I am , I have to live with it, he chuckles as we just over three and a half months later on the back of a star's favorite café in downtown Ottawa.

Up until now he has not wanted to elaborate on why last year was so bad , but for Sportbladet he says.

– There were many changes at once and it's been damn tough sometimes . " Affe " ( Daniel Alfredsson ) went to Detroit and Jacob Silfverberg and Peter Regin was interested third to other clubs . It was my three best friends here in Ottawa, and in particular the " Affe " . I'm happy for him that he might try something new after all these years , but it was very sad to see him move.

– Since I divorced me in September-October. I have not wanted to talk about it, but it was nothing special happened , it just happened that it became . It is so alive sometimes , some things are tough to deala with , but all people must go through stuff like that.

Fortunately hold in 2014 developed into a nicer direction

– Yes, life goes on . I have a new girl now , she comes here , and everything works perfectly. It's all about how to handle it if you are with and I have dealat with this in my own way and still tried to have a positive focus and I'm happy where I am now.

There has however been a TOUGH season in Ottawa also purely hockey wise. After two straight playoff appearances, the young Senators this year took a step back and they will most likely miss this spring's playoffs – and despite the fact that he , as usual, leads jaws Scoring leaders by almost ten points margin is Norris Trophy winner from 2012 is not fully satisfied with their own effort either.

– It has well been okay, I certainly think even that it went better than I expected but I am still not close to where I was before the injury , he says.

The injury , it's the one that hit the 23 year old Smålander when Matt Cooke , then in Pittsburgh, about a year ago trod by him one calf muscle.

– It does not hurt , it just feels weird. I get very tired and do not have to go as much skating , I have not have the same explosiveness . But I could not work out in the summer either, so the muscle has not healed. Hopefully I can that the upcoming summer and then they say that there is to be the same again .

Given the circumstances, it's remarkable the level at which Erik performed during the Olympics.

For the Sochi was he awesome, founded several of Tre Kronor wins and was one of two defenders in the tournament's All-Star team .

– Yes, the OS was clearly this season's biggest highlight. Only to get there and be with the other guys was inspiring , we had a hell of a good bunch . Everyone was excited to be there and everyone was eager to get to play together , he says , and continues:

– I felt refreshed , for themselves as well. It was two weeks and we played what, six games , was not it? Then I felt one like that , here we go . They allowed themselves to be tired.

Both teammates as the blue and yellow fans at home in TV sofas really see characteristic Erik Karlsson games too – what is sometimes more like poetry than on sport and holds risk-taking that very few at the same level would dare tackle .

– Yes, it 's a little game my philosophy perhaps. Sometimes it is and sometimes it is not . But I am where I am because of what I have done and are doing, so there 's no point in changing now. We'll see when I get old and can not skate anymore, then maybe I'll find something else, he he . But I'm playing 30 minutes a game against every other team's top fives and have done for three years. There is no one to take note of , it is all the time the same questions that I take chances …

It's not a criticism , it is wonderful to see after all.

– I think the hockey I play is fun and I will never change that. People know who I am kind of players and coaches know what is the type of player and either like them or that they are doing there .

The fans back home in Sweden seem to really like it , you went and became beloved by the people during the Olympics , it was a little Lill Babs effect.

But it also had to do with your charm and your humor went up in TV interviews. That must be fun ?

– Of course it is fun to the whole Olympic adventure became so great at home, and of course it's great to have been part of it. I remember remember the self how fun it was to sit at home in your living room and see interviews with guys like Forsberg and Lidstrom and " Affe " and feel that you like met them and saw how they were off the ice. It feels good to be that person now and be able to give something back .

But you do not make up for in those situations , right? You are like that?

– Yeah, he he , I'm there and will never be any other way . I will always say what I think and feel .

Can be considered for the World Cup

You 're not exactly coy , in other words ?

– No, I 'm not the type of person who holds back . In a whole new group maybe I'm not the one who talks the most, but I feel comfortable , I am myself, and then I talk often very, very much . And maybe a little loud at times , ha ha .

If Ottawa miss the playoffs, and there are many indications that, there is a theoretical chance that the Swedish people get to enjoy the entertaining characteristics in the World Cup too. But just theoretical.

– I have not thought about . We'll see, I 've been sleten all season and now I feel that it receives for the first time in my career. I would probably need a long summer and good training . But the motivation may determine. I feel for it as I go , I am not aware of it , I will announce it . 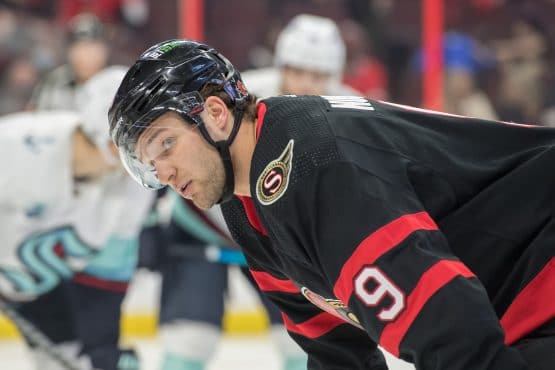 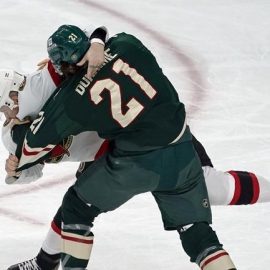 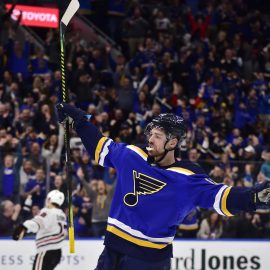