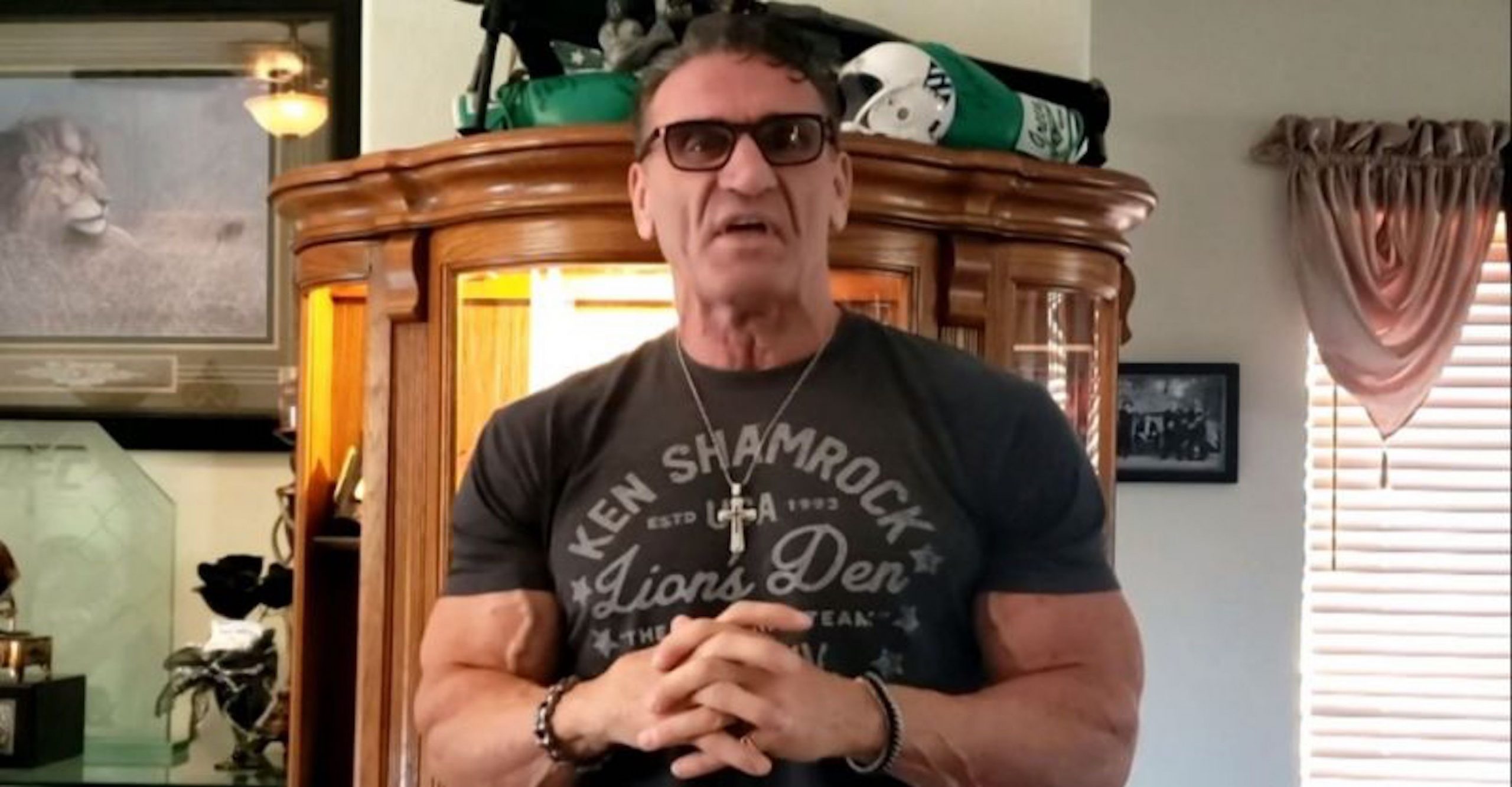 Ken Shamrock recently appeared on Sirius XM’s Busted Open, where he spoke on a variety of topics. Chief among them was the differences between the worlds of WWE and Mixed Martial Arts.

Shamrock, who is a veteran of both sports, is widely considered one of the greatest fighters of all time. The UFC Hall of Famer’s MMA career lasted nearly 30 years and he retired in July of 2019 with a record of 28-17. But he also made a living as a WWE Superstar, competing in Vince McMahon’s company from 1997 to 1998.

So when he was asked about athletes transitioning from one business to the other, Shamrock obviously had a true insider’s perspective. Shamrock stated that he indeed believes there is a competition between the two sports, noting that there’s misunderstandings on both sides.

“You hear it all the time. ‘That guy could really do well. I mean, he could kick his a** if he wanted to’ and just disrespect without even having to do it. On the flip side of that, you’ve got actual pro wrestlers, who kind of do the same thing-even the fans and even on the MMA side, the same kind of thing where they say ‘wrestling’s fake.'”

Shamrock’s response to the infamous “fake” comment was to defend the pro wrestling business. He also revealed a fact that many fans perhaps never knew.

“I’ve don’t both and I’ve been injured more in pro wrestling than I ever was in MMA and No Holds Barred.”

"I got beat up a whole lot more in pro-wrestling than I ever did in MMA."@ShamrockKen talks to @davidlagreca1 & @THETOMMYDREAMER about the crossover appeal and competition in the world of combat sports 💪 pic.twitter.com/CWRP4cZ7qx

Shamrock explained that when he came into the world of MMA, many of his fights were over relatively quickly. But when he joined WWE, he had to put on a show and that often required working long matches that regularly included outside weapons like tables, trashcans and steel chairs. WWE’s road schedule didn’t help matters any, as the physical toll on his body was much more demanding than it was in MMA.

Ken Shamrock recently returned to pro wrestling, this time in Impact Wrestling. Shamrock came back in September of 2019 and began a feud with Impact main event powerhouse Moose.