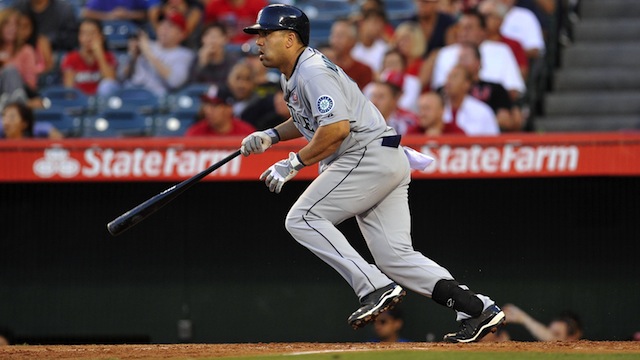 The Toronto Blue Jays lost to the Philadelphia Phillies, 8-to-3, on Sunday.  Toronto’s loss snapped the club’s season-high five-game win streak.  However, that means nothing for a team currently ten games under .500 and almost out of postseason contention.

Rather it’s Kendrys Morales who deserves the attention of Blue Jays fans and fans across the game.  He’s put up numbers in the last week that would make Babe Ruth tip his cap in admiration.  The 35-year old native of Cuba has proven to be a power hitter over the course of his career, smacking 211 home runs in 12 major league seasons.  However, 2018 has been different.  Morales had just 13 homers in his first 101 games of the season—a far cry from the slugger who hit 28 homers in 150 games last year.

Then, on August 19—one week ago today—Morales hit a solo home run against former teammate, J.A. Happ.  The homer did little for the Blue Jays, who were trailing 6-to-1 prior to the hit.  Toronto went onto lose the game, 10-to-2.  It was a small victory in a season of defeats for both Morales and the Blue Jays—a chapter overlooked by baseball fans across the globe.

And yet, with enough chapters, a story begins to unfold.

Morales continued to homer.  He hit two long balls the following day against Andrew Cashner of the Orioles.  And the next day, Morales smacked a fifth inning home run off Orioles’ starter Dylan Bundy.  He hasn’t stopped since.

Flash forward to Sunday’s action against the Phillies.  Morales hit a two-run homer in the third innings against right-hander Vince Velasquez.  That dinger was one of six home runs hit between the two clubs today.  It wasn’t the most significant long ball, though it was the most historic.

With his blast on Sunday, Morales has now homered in seven straight games.  Take a look at his numbers over that stretch.

It’s been an amazing run for the Blue Jays’ Designated Hitter.  In fact, it’s been an historic run.  Morales became just the seventh player in Major League Baseball history to homer in seven consecutive contests.  He’s the first player to do so since Kevin Mench of the Rangers in April of 2006.  Barry Bonds (2004) and Jim Thome (2002) have also homered in seven straight games.

The longest such streak in MLB history is eight straight games, which has been done on three separate occasions.  Dale Long—a former All-Star first baseman for the Pirates—was the first player to do so, back in 1956.  Former American League Most Valuable Player, Don Mattingly, was the next to accomplish the feat.  He did so in July of 1987.  The last player to do so was future Baseball Hall of Famer, Ken Griffey Jr.  A slugger who’d go on to hit 630 home runs, Griffey Jr. had eight straight games with a long ball back in 1993.

Let’s look at it another way.  Some of baseball’s greatest hitters haven’t accomplished what Morales has in the last week.

Hank Aaron has the second-most home runs in MLB history with 755.  His career-high for consecutive games with a homer was five, which he did back in April of 1966.

Babe Ruth—the sultan of swat himself—managed to homer in five straight games just once in his career.  That took place in June of 1921.  Remember, Ruth’s 714 home runs are the third-most in baseball history.

Willie Mays had two streaks of homering in six straight games during his career.  Those streaks came nearly ten years apart—the first in September of 1955 and the second in August of 1965.

Keep in mind that prior to Sunday’s action, there have been 13,246 different seasons in which a player has hit at least eight home runs.  Only three of those seasons have resulted in a player homering in eight consecutive games.

Morales is by no means a future Hall of Famer.  However, his recent run has given Blue Jays’ fans morale in what’s otherwise been a sub-par 2018 campaign.  Will Morales continue to etch his name in the pantheon of home run immortals? Only time will tell.