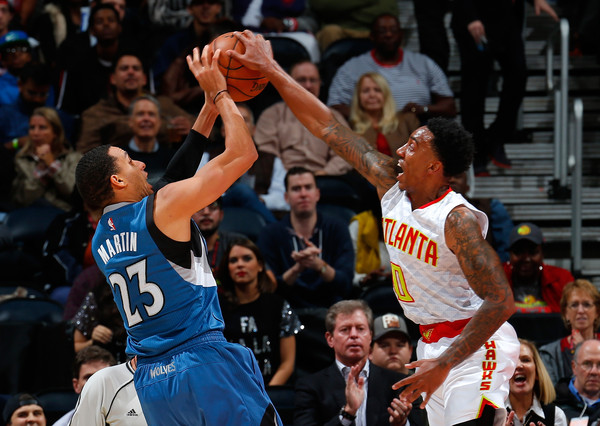 On Thanksgiving Day, former Minnesota Timberwolves shooting guard Kevin Martin announced his retirement from the NBA. Martin played for five teams from 2004 to 2016. His three seasons in Minnesota from 2013 to 2016 was the second longest stint with any team in his career.

I missed this yesterday, but…Kevin Martin announced his retirement with an ad in his Zanesville Ohio hometown paper on Thanksgiving day

Martin will best be remembered in Minnesota for his pure scoring ability. He started 116 of 146 games played with the team where he averaged 17.1 points, 2.9 rebounds, and 1.8 assists per game. Martin’s style was a bit off-kilter and unpredictable by most standards, but he always found a way to score.

Martin scored a single-game high of 37 points four times in Minnesota and most recently against the Los Angeles Lakers on Dec. 9, 2015.

Martin signed with the Wolves on July 11, 2013, in a three-team sign-and-trade deal involving the Oklahoma City Thunder and Milwaukee Bucks. The move reunited him with then-head coach Rick Adelman, who also coached Martin with the Sacramento Kings from 2004 to 2006 and the Houston Rockets from 2010 to 2011.

Despite his ability, Martin’s career was mired by injuries. He missed 78 games in three seasons with the Wolves mostly due to a right wrist fracture that required surgery during the 2014-15 season. His career in Minnesota came to an end on March 1 after he was waived following a buyout agreement. He finished the season with the San Antonio Spurs.

Although Martin was never selected for an All-Star game nor earned any league accolades in his career, his ability to put the ball in the basket kept him in the starting lineup for the better part of 12 seasons.

Brad Omland is an editor and writer for Howlin’ T-Wolf. Follow him on Twitter for Minnesota sports updates and commentary: @bradradio.