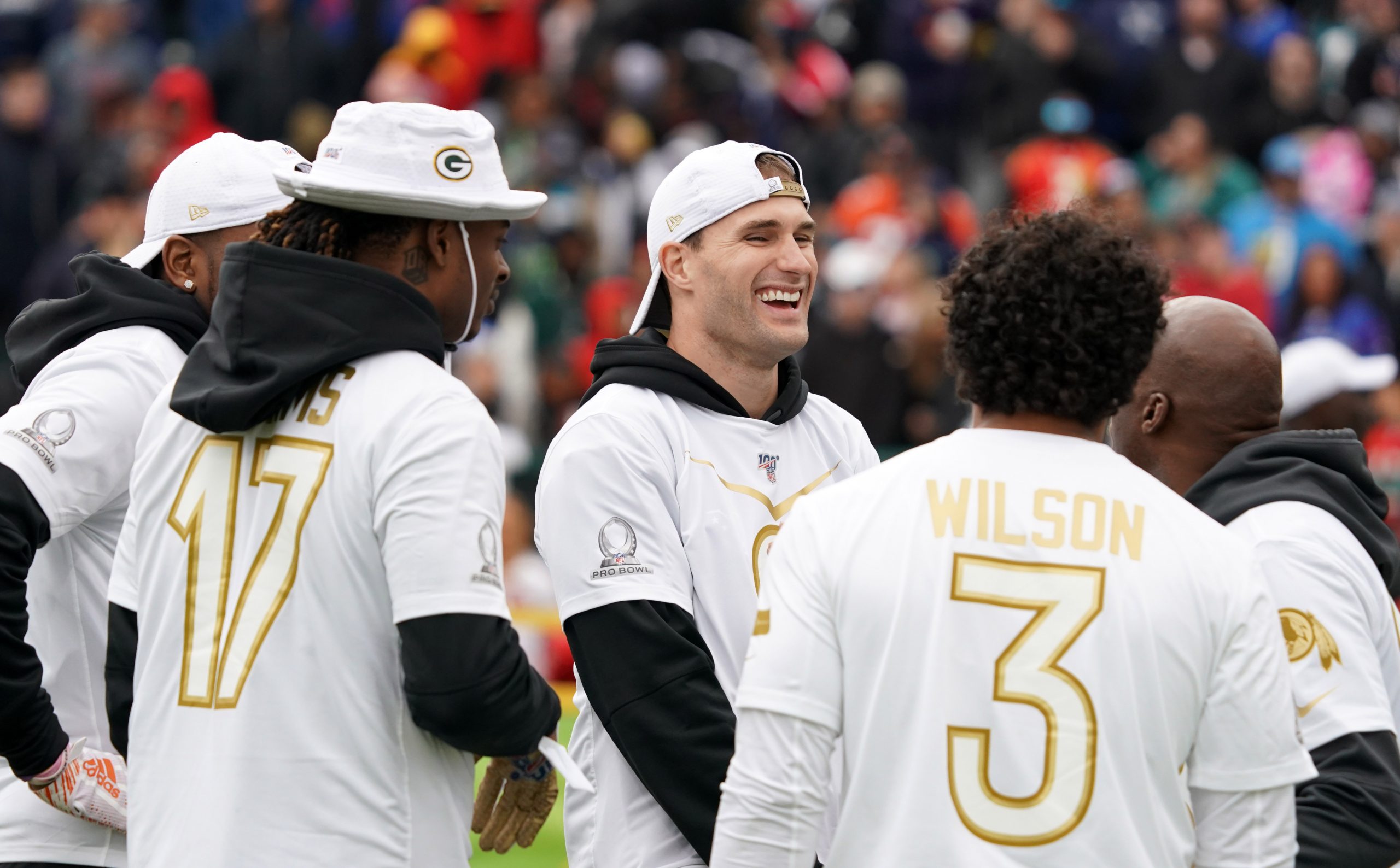 There’s a lot of negativity among players about how they feel regarding the franchise tag, but not everyone feels that way.

The narrative is that if players play on the franchise tag, they’re getting screwed over by the team, and are missing out on a big payday, as they could potentially get injured that season — costing them down the line. However, it’s money in their pocket, and that’s a better position to be in than what Le’Veon Bell did in 2018.

And as far as the “lost money” narrative, that’s not always the case, as it’s worked out for some guys. Vikings quarterback Kirk Cousins is the perfect example. He played under the franchise tag — twice, actually — in 2016 and 2017. Cousins then signed a massive three-year, $84 million contract (all of it guaranteed) with the Vikings.

So given that Cowboys quarterback Dak Prescott was currently hit with the franchise tag, Cousins shared some words of optimism for his counterpart, during an appearance on “SportsCenter.”

“Anybody who I run into who’s been franchise tagged, we have one on our team this year in Anthony Harris, I believe the franchise tag can be your friend,” Cousins said, as transcribed by Pro Football Talk. “I don’t think it’s something to be disappointed with. I think it enables you to be well compensated, and deservedly so, for the upcoming season. Then, I always say the cream will rise to the top. If you’re good enough, the cream’s going to rise to the top, and you’re going to get compensated the way you want to. Sometimes it doesn’t happen as quickly as you would like, but if you deserve it, and you’ve earned it, it’s going to happen. So you’ve just got to stay the course and stay patient. Certainly in my journey, it all worked out. I wouldn’t go back and change a thing.

“So my message to Dak, when I saw him midseason last year, was, ‘Hey, whatever happens, don’t be afraid of the tag. It can be your friend, and you can use it to your advantage.’”

He did raise some good points there.